The Bharatiya Janata Party (BJP) late on Saturday announced its second list of candidates for Assembly elections in Andhra Pradesh. The list has names of 51 candidates who would be contesting in the 175-member Andhra Pradesh Assembly. The assembly elections in Andhra Pradesh is due to be held on April 11 along with the Lok Sabha elections. The list was released by the party following the BJP's Central Election Committee meeting in New Delhi which was attended by Prime Minister Narendra Modi, Rajnath Singh, Arun Jaitley, Sushma Swaraj and Nitin Gadkari among others.

Among the more prominent names is that of Bhagya Lakshmi from Narasannapeta, Subba Rao Turasam from Rampachodavaram (ST), Gandham Koteswara Rao from Pedakurapadu among others. Earlier, the party named its candidates for 123 Assembly seats. 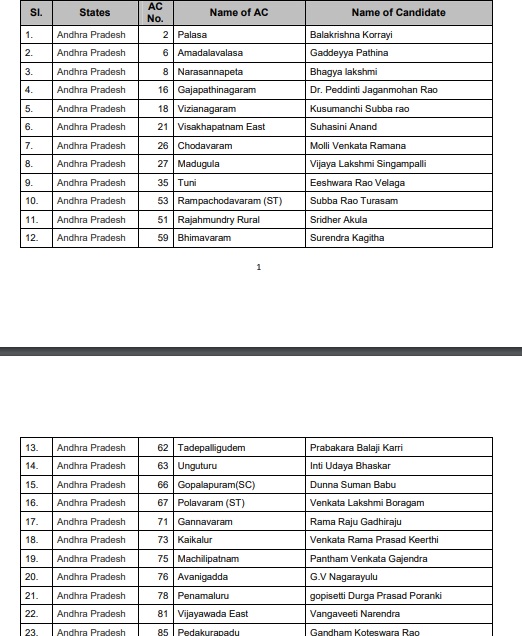 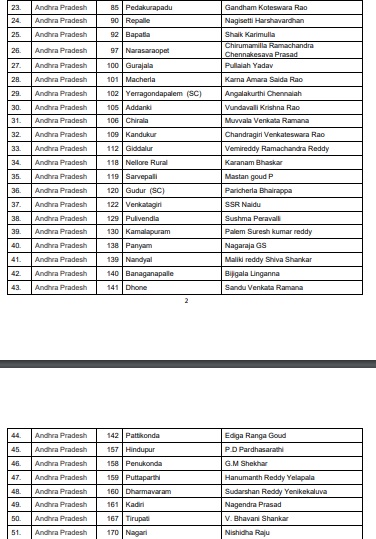