The counting of votes for Delhi Assembly Elections 2020 will take place on Tuesday, bringing the curtains down on a bitterly-fought triangular contest between Aam Aadmi Party (AAP), Bharatiya Janata Party (BJP) and the Congress. The voting in Delhi Assembly polls 2020 was held in a single phase across all 70 Vidhan Sabha constituencies on February 8. Election Commission of India (ECI) has announced that the final voter turnout in Delhi was 62.59 per cent. Over 1.47 crore voters are eligible to exercise their franchise.

Tight security arrangements were in place with security forces keeping an extra vigil in Shaheen Bagh and other sensitive polling areas in view of the ongoing anti-CAA protests. The Delhi CEO Office has put all five polling stations in Shaheen Bagh area under the ‘critical category.’

Around 40,000 security personnel, 19,000 home guards and 190 companies of Central Armed Police Forces ensured smooth conduct of the polls in the national capital. There were 13,750 polling booths, besides one auxiliary booth, located at 2,689 locations across Delhi. 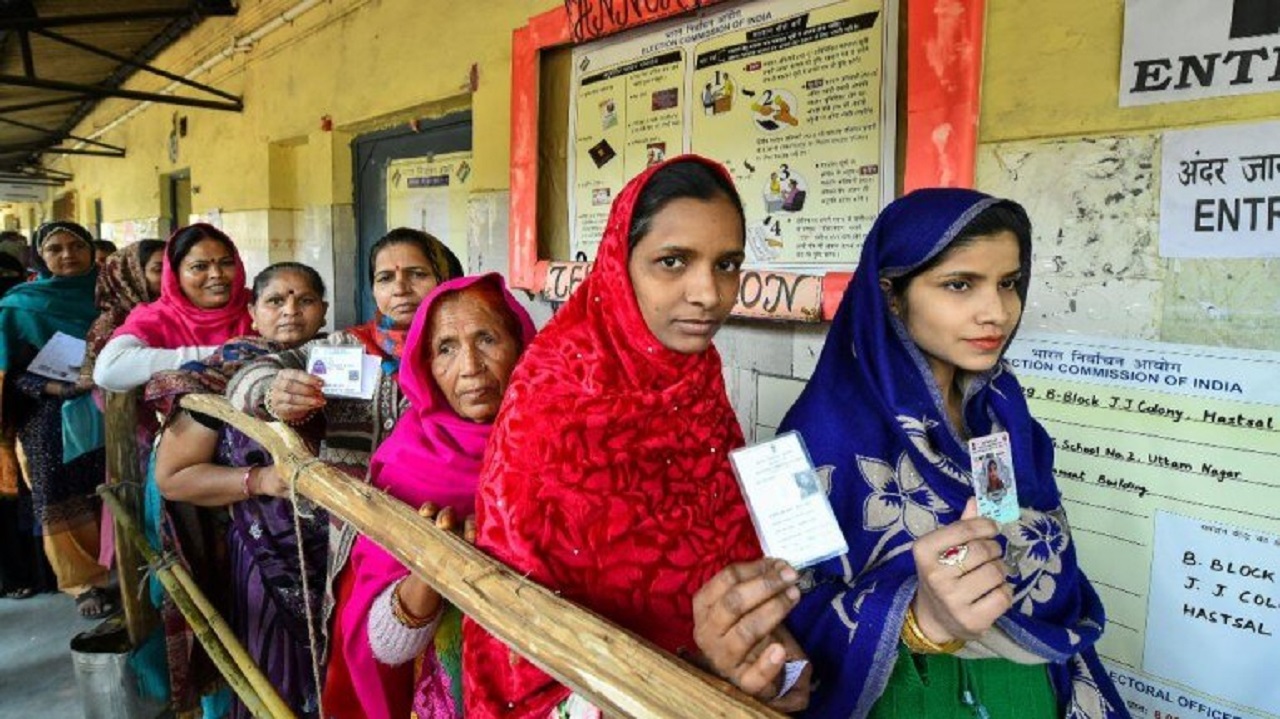 The ruling Aam Aadmi Party is going into the Delhi election with the hope to repeat its stellar performance of the last assembly polls, while the Bharatiya Janata Party (BJP), which bagged all seven seats here in the Lok Sabha election in May 2019, will be aiming at expanding its vote share in the national capital.

The Congress is seeking to better its performance than last time when it did not bag any seat in the Assembly polls but improved its vote share in 2019 polls.

The AAP had got 54.3 per cent votes in the 2015 Assembly polls, while the BJP secured 32 per cent and the Congress bagged just 9.6 per cent of the total votes polled.

The AAP has deployed its volunteers outside the 30 strong rooms where EVMs have been kept, a move aimed at keeping a tight vigil on the machines till the counting day which is on Tuesday.

The decision to deploy AAP volunteers was taken after a meeting between Chief Minister Arvind Kejriwal, senior party leaders, including Sanjay Singh and Manish Sisodia, and political strategist Prashant Kishor at his residence.

The decision to deploy party volunteers will maintain vigil and camp outside strong rooms across the national capital. He said there were 30 strong rooms where EVMs have been kept and the party would deploy its teams of volunteers outside those.

Exit polls predicted a big victory for Chief Minister Arvind Kejriwal-led AAP with some indicating that it can even repeat its 2015 landslide when it had bagged 67 seats in the 70-member House.

The India Today-Axis poll forecast 59-68 seats for the AAP and 2-11 for the BJP, while the ABP-CVoter put the Delhi's ruling party's tally at anywhere between 49 and 63 and that of its main rival between five to 19.

Almost all exit polls predicted little change in the fortunes of the Congress, which had ruled the city between 1998 and 2013 but drew a blank in the 2015 polls.

The Times Now-Ipsos exit poll predicted that Kejriwal will retain power with the AAP winning 47 seats against 23 for the BJP.

When is counting of votes?

Counting of votes will begin on Tuesday at around 8 am.