Delhi Assembly Elections 2020: All You Need To Know About Kalkaji Constituency

The Present Geographical Structure Of Kalkaji Constituency Came Into Existence In 2008 As A Part Of The Implementation Of The Recommendations Of The Delimitation Commission Of India Constituted In 2002.

In the 70-member Delhi Legislative Assembly, there are several key constituencies including Kalkaji which will be watched closely by political analysts. (Photo Credit: News Nation)

The battle is set for the control of the Delhi Legislative Assembly with all major parties having decided their candidates for the polls. The election will see a triangular fight between the Aam Aadmi Party, Bharatiya Janata Party, and the Congress. Polling will be held on February 8 and the results to be declared on February 11. According to the final electoral roll, over 1.46 crore people are eligible to exercise their franchise. In the 70-member Delhi Legislative Assembly, there are several key constituencies including Kalkaji which will be watched closely by political analysts. The present geographical structure of Kalkaji constituency came into existence in 2008 as a part of the implementation of the recommendations of the Delimitation Commission of India constituted in 2002.

In 2015, the AAP won a thumping majority in the state with winning 67 of 70 Assembly seats, with Arvind Kejriwal becoming the Chief Minister for the second time. The remaining three seats namely Rohini, Vishwas Nagar, and Mustafabad were won by the BJP.

The current Member of Parliament from South Delhi is BJP's Ramesh Bidhuri. Kalkaji was contested by the Akalis in the past as part of their seat-sharing arrangements with the BJP. The Shiromani Akali Dal (SAD) has this time announced that the party will not contest the Delhi polls over their differences with the BJP over amended Citizenship Act. 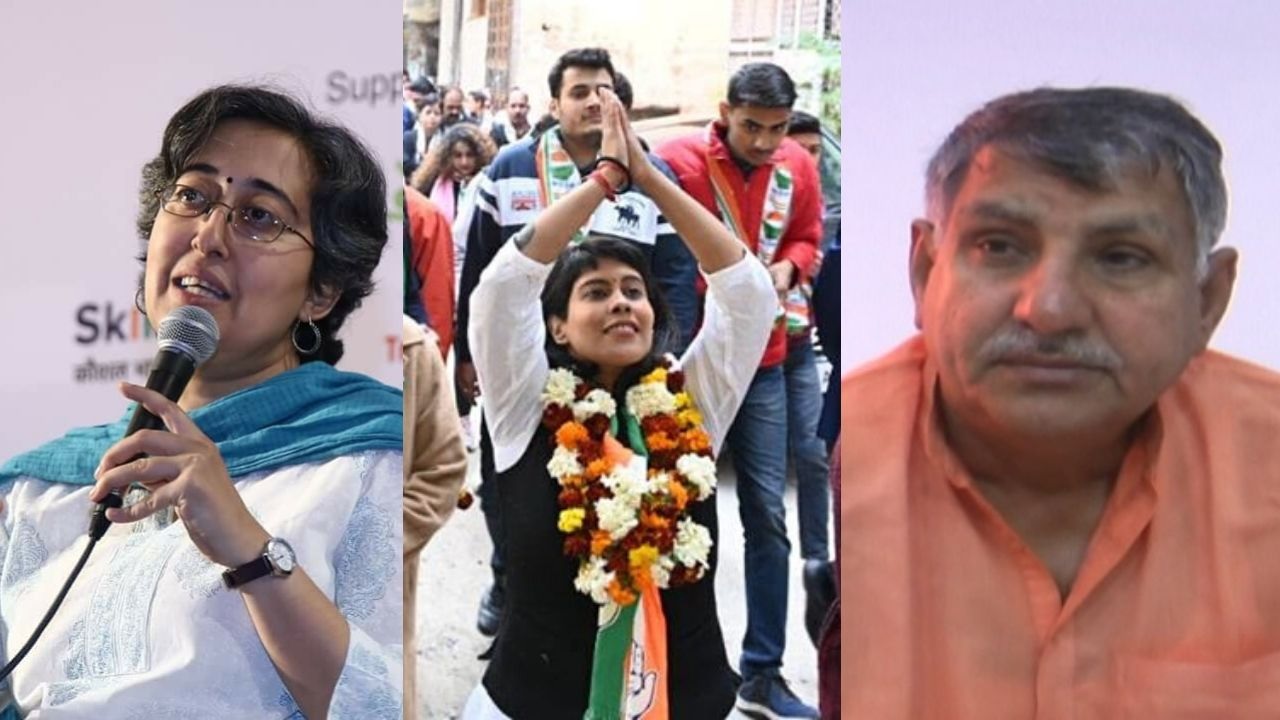 Known for her contribution to the education reforms brought under the AAP government in Delhi, 38-year-old educator Atishi has been given a second chance by the party to contest as its Kalkaji candidate for the upcoming Assembly elections. She is contesting against BJP's Dharamvir Singh who is the party's state unit chief of Purvanchal Morcha and booth management morcha head. Congress which ruled the city for 15 years from 1998 to 2013 is looking for a comeback in the 2020 Assembly polls. The party has fielded Shivani Chopra against Atishi and Dharamvir Singh. Shivani is state Congress president Subash Chopra's daughter. Shivani recently inaugurated her election office in Kalkaji and held 'Jan samwad' in several areas including Govindpuri, Nehru Colony, Rajiv Gandhi transit colony, Amrit Puri and East of Kailash area.

Narrow lanes, filthy locales, scores of trash everywhere are a breeding ground for diseases such as dengue. People of Kalkaji Assembly Constituency have repeatedly said that they need someone who takes care of their day-to-day problems including water supply, sewer lines, and traffic congestion.

In the 2015 Delhi Assembly Elections, AAP's Avtar Singh got 51.71 per cent of the votes and won the constituency. He defeated BJP's Shiv Harmeet Singh Kalka and Congress leader Subhash Chopra. The total voter turnout stood at 1,06,544.