Delhi Assembly Elections 2020: All You Need To Know About Moti Nagar Constituency

In The 2020 Delhi Assembly Elections, The Key Candidates In The Moti Nagar Constituency Are Shiv Charan Goel Of The AAP, Subhash Sachdeva Of The BJP And Ramesh Kumar Popli Of The Congress.

In the 2020 Delhi Assembly elections, the key candidates in the Moti Nagar constituency are Shiv Charan Goel of the AAP, Subhash Sachdeva of the BJP and Ramesh Kumar Popli of the Congress.

Khurana's son Harish Khurana, also the Delhi BJP spokesperson, wants to contest the seat to take his father's legacy forward and has sought the ticket despite being ignored for Sachdeva earlier. However, Harish is hopeful of getting the party ticket this year from the Moti Nagar seat.

The voting for all 70 seats, including Moti Nagar, will be held on February 8, 2020. The result will be announced after votes are counted on February 11. The term of the current Assembly elected in 2015 will expire on February 22, 2020.

The Scheduled castes (SC) and Scheduled tribes (ST) ratio is 9.73 and 0, respectively out of total population. As per the voter list of 2019, there are 1,77,825 electorates and 172 polling stations in this constituency. 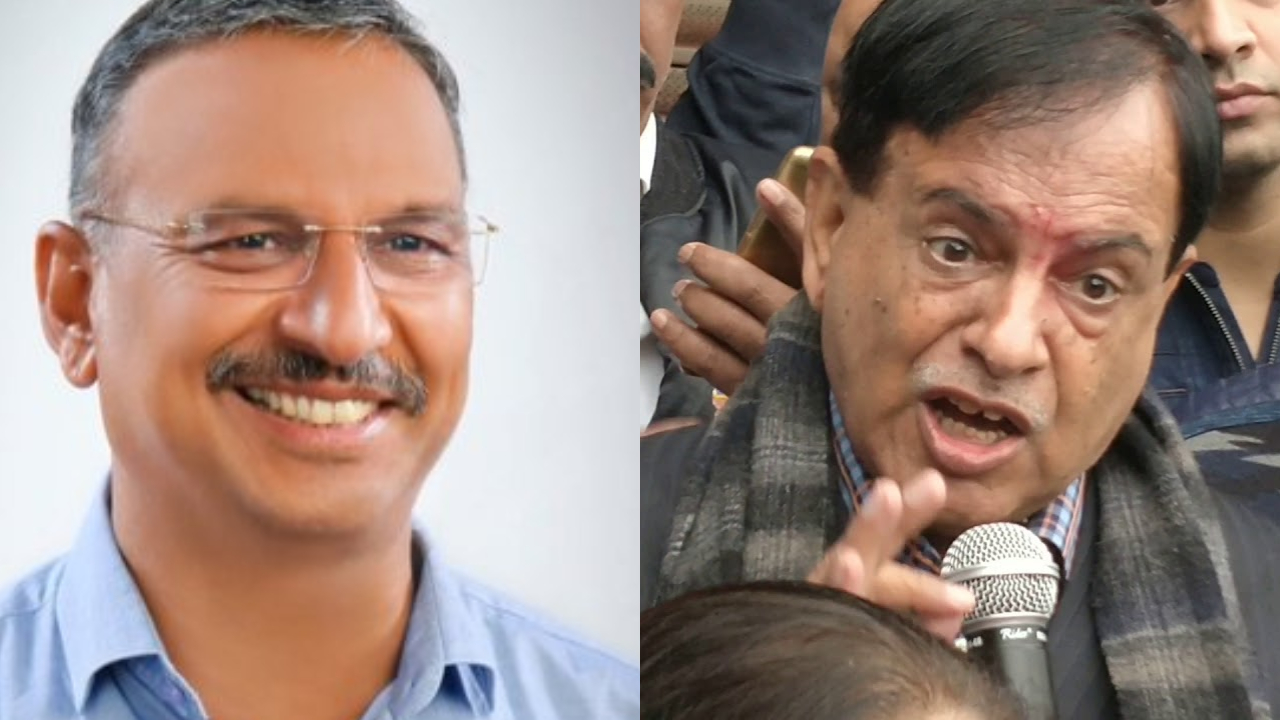 The key candidates in the Moti Nagar constituency are Shiv Charan Goel of the AAP, Subhash Sachdeva of the BJP and Ramesh Kumar Popli of the Congress.

A case was filed against Shiv Charan Goel over allegations of displaying posters on public property. The court discharged him citing “inadmissible evidence” and the fact that the chargesheet was filed “without any proper investigation.”

Subhash Sachdeva was elected to the assembly first time in 2004 by-election from Moti Nagar and was re-elected in the 2008 and 2013 assembly polls.

Starting from the sealing drive to lack of good roads, water supply and dysfunctional street lights, residents here have more to deal with. A major chunk of the voters in the constituency are traders, who too have suffered due to the sealing drive. There is also lack of security in the area. Sewer overflow is another problem.

In the 2015 Assembly elections, AAP’s Charan Goel defeated BJP’s strong candidate Subhash Sachdeva, a three-time MLA from the seat, by 15,000 votes. Goel received 53 per cent votes and Sachdeva 39 per cent.

In the 2013 polls, under the leadership of Harsh Vardhan, Subhash Sachdeva of the BJP defeated Kuldeep Singh Channa (AAP). The BJP nominee had received 16 per cent more votes than the AAP candidate.

From 1993 to 2013, the seat remained with the BJP. Before Subhash Sachdeva, Madan Lal Khurana had represented the seat in 1993 and 2003. In 1998, it was won by BJP's Avinash Sahni as Khurana was elected to the Lok Sabha and made tourism minister in the Atal Bihari Vajpayee government.

Following Khurana's resignation after being named the Rajasthan's Governor, the BJP fielded Sachdeva in the 2004 by-polls.

Between 1998 and 2013, despite being the ruling party, the Congress could not win the seat, dominated by Punjabi voters. Alka Lamba (Congress) also contested the seat in 2003 against Khurana.