Delhi Assembly Elections 2020: All You Need To Know About Rajinder Nagar Constituency

As Per The Schedule Released By The Election Commission, Voting For All 70 Seats Will Be Held On February 8, 2020. The Result Will Be Announced After Votes Are Counted On February 11.

Delhi Assembly Elections 2020 - Rajinder Nagar Constituency: Delhi is all set to go for polling on February 8 and results will be declared on February 11. With around 1.5 crore voters, the national capital is set to witness a triangular contest between the Aam Aadmi Party (AAP), the Bharatiya Janata Party (BJP) and the Congress. There are several key constituencies in Delhi's 70-member strong Assembly that are likely to see tough competition this time. One such Assembly constituency is Rajinder Nagar – which is a part of New Delhi Lok Sabha Constituency. Karol Bagh, Patel Nagar, Moti Nagar, Delhi Cantt, New Delhi, Kasturba Nagar, Malviya Nagar, RK Puram, and Greater Kailash are other Assembly constituencies of the New Delhi Lok Sabha constituency. The current Member of Parliament from New Delhi is BJP's Meenakshi Lekhi. Rajinder Nagar is one of the residential colonies in Central Delhi and has been named after Dr Rajendra Prasad, the first president of India. Rajinder Nagar is divided into two parts i.e. Old and New. This is one of the prime locations and home to many coaching institutes in the national capital. The Rajinder Nagar Assembly Constituency is currently held by Vijender Garg Vijay of AAP.

In the 2015's Assembly elections, the AAP registered a landslide victory with bagging 67 of 70 Assembly seats, with Arvind Kejriwal becoming the Chief Minister for the second time. The remaining three seats namely Rohini, Vishwas Nagar, and Mustafabad were won by the BJP. Whereas, Congress was reduced to zero.

Delhi Assembly Elections 2020: Date And Result
As per the schedule released by the Election Commission, voting for all 70 seats will be held on February 8, 2020. The result will be announced after votes are counted on February 11. The term of the current Assembly elected in 2015 will expire on 22 February 2020. 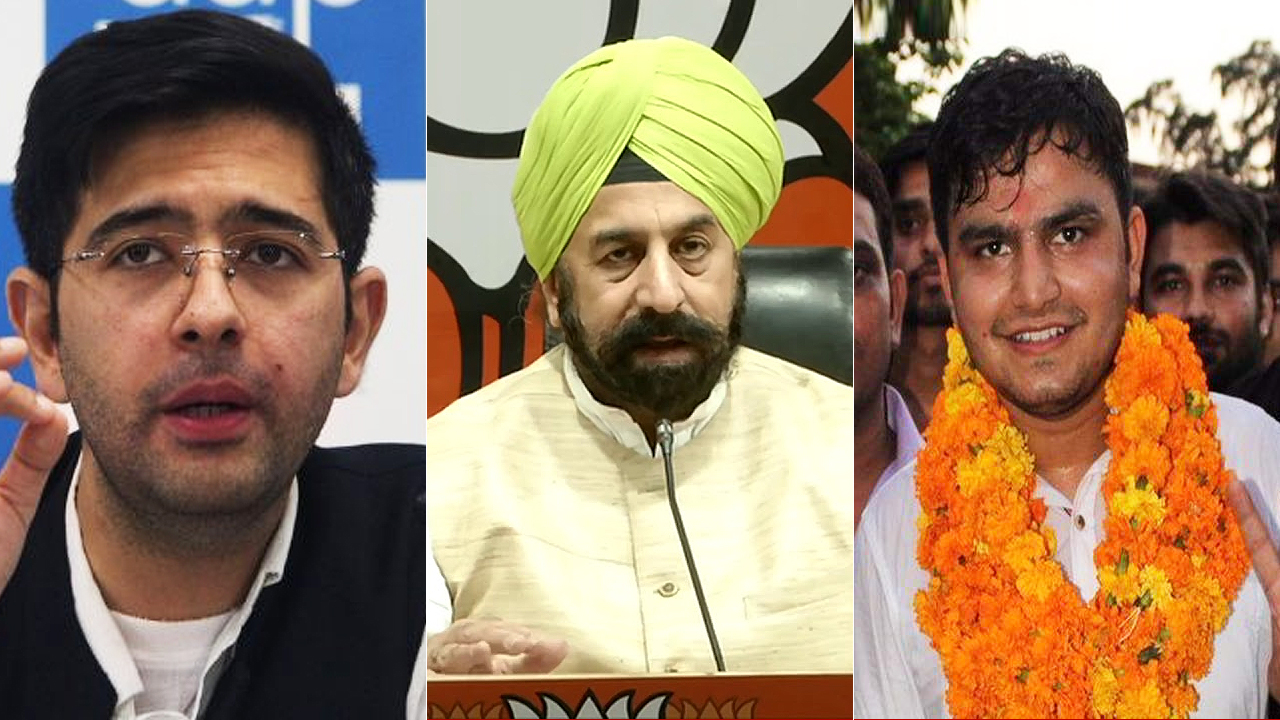 Rajinder Nagar Constituency: Candidates
Vijender Garg, sitting AAP MLA, has been ignored at Raghav Chadha's expense. While the BJP has once again fielded RP Singh, the Congress has given its ticket to Rocky Tuseed.

Rajinder Nagar Constituency: Key Issues
Among the key issues of the constituency is sealing drive which is being conducted by the Supreme Court-monitored committee. There are several shops and coaching institutes in the area which are being run at residential buildings. Traders' bodies like Confederation of All India Traders (CAIT) have been very vocal about the issue.

Rajinder Nagar: 1993, 1998 And 2003 Assembly Elections Results
In all the three Assembly elections, BJP candidate Puran Chand Yogi won the Rajinder Nagar seat. He was first elected to the Assembly in 1993 and was re-elected in 1998 and 2003.