Delhi Assembly Elections 2020: All You Need To Know About Rajouri Garden Constituency

The Election In The Rajouri Garden Assembly Constituency Could Be Exciting As The Sitting MLA Manjinder Singh Sirsa Said His Party, SAD, Will Not Contest This Poll As It Was Asked By Its Ally To Change Its Stance On The Citizenship (Amendment) Act, Which It Has Vehemently Refused.

Come February 8, Delhi will be going to one of the most interesting Assembly elections which promises to be a high-stake triangular contest, with the AAP hoping to retain power on the plank of development and the BJP and the Congress determined to put up a spirited challenge. In the 70-member Delhi Legislative Assembly, there are several key constituencies, including Rajouri Garden which is located in west district of Delhi and comes under the West Delhi Lok Sabha constituency. Besides Rajouri Garden, Uttam Nagar, Dwarka, Janakpuri, Vikaspuri, Hari Nagar, Tilak Nagar, Madipur, Matiala and Najafgarh seats fall under the West Delhi Lok Sabha constituency.

The election in the Rajouri Garden Assembly constituency could be exciting as the sitting MLA Manjinder Singh Sirsa, who contested a 2017 by-election as a joint candidate of Bharatiya Janata Party (BJP) and Shiromani Akali Dal (SAD) combine, said his party, SAD, will not contest this poll as it was asked by its ally to change its stance on the Citizenship (Amendment) Act, which it has vehemently refused. The SAD has following in many Sikh-dominated seats like Kalkaji, Tilak Nagar, Hari Nagar and Rajouri Garden in the city.

The Congress has won this constituency five times in the previous Delhi elections. The AAP and the BJP have been winners once each.

The Commission has decided to extend the facility of postal ballot for "absentee voters", people with disability and those above 80 years of age in all 70 assembly constituencies.

The voting for all 70 seats, including Rajouri Garden, will be held on February 8, 2020. The result will be announced after votes are counted on February 11. The term of the current Assembly elected in 2015 will expire on February 22, 2020. 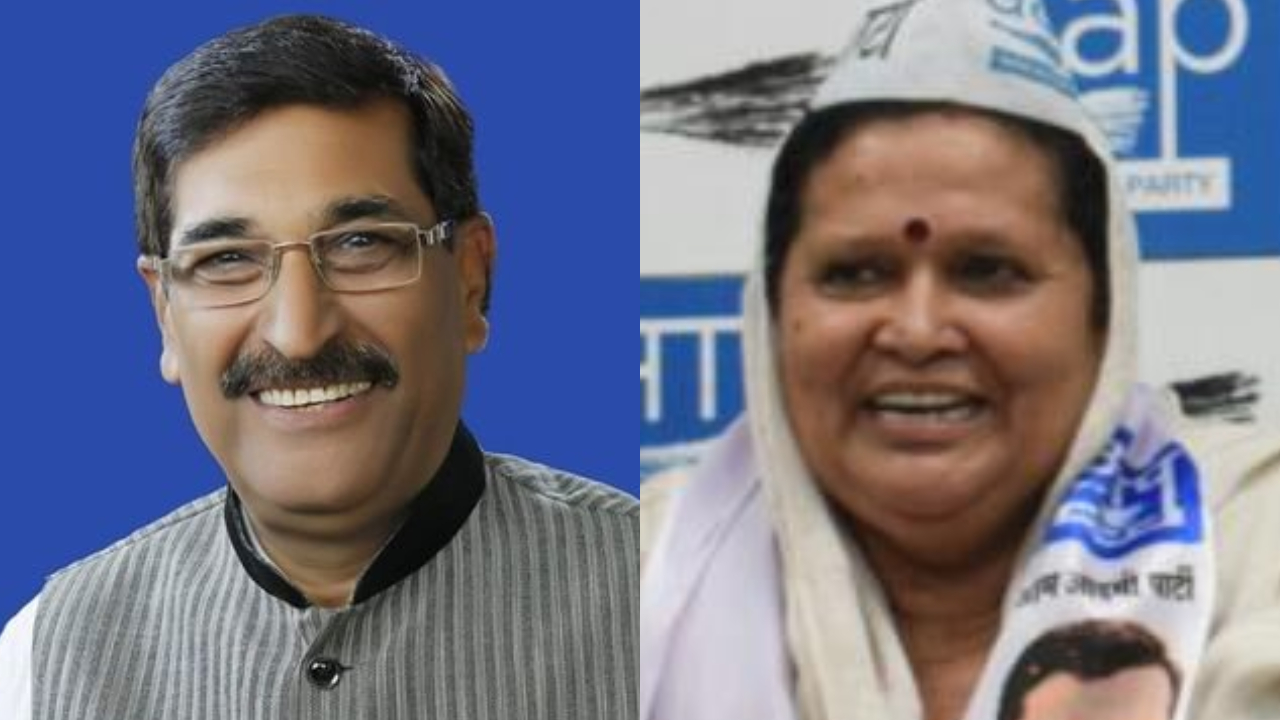 The seat is currently represented by Manjinder Singh Sirsa who contested a 2017 by-election as a joint candidate of BJP and SAD combine. Sirsa, though a SAD leader, had contested the 2017-bypoll election from the Rajouri Garden seat on a BJP ticket and he had won it. He said his party is “strongly” against CAA and the National Register of Citizens (NRC).

However, this election, the BJP has decided to field Ramesh Khanna from Rajouri Garden. The AAP, on the other hand, gave ticket to Dhanwati Chandela. She has declared assets of close to Rs 55 crore. Chandela has movable assets worth over Rs 1.76 crore, while her husband’'s assets amount to Rs 2.04 crore. The husband and wife have said they are ''agriculturists''.

Voters in the constituency listed parking, unauthorised construction, road maintenance, sanitation and sewerage as main issues that have remained unresolved for years now. Health and education are other issues plaguing the area.

The BJP registered a huge victory in the Rajouri Garden Assembly bypoll handing a humiliating defeat to the ruling AAP, which finished a distant third and even lost deposit. BJP-SAD joint candidate Manjinder Singh Sirsa bagged 40,602 seats, over 50% of the total votes polled.

Congress’s Meenakshi Chandela finished second with 25,950 votes, while AAP’s Harjeet Singh managed to get only 10,243 votes, less than one-sixth of the total votes polled, and lost deposit.

In the 2013 Assembly elections, SAD candidate Manjinder Singh Sirsa defeated Congress candidate A Dhanwati Chandela by 11,008 votes. But again in the 2015 election, Sirsa lost the seat to AAP’s Jarnail Singh, who won by 10,036 votes.

Ajay Makhan of Congress was the only candidate who went to the Delhi assembly from this seat for three consecutive terms in 1993, 1998 and 2003. No other candidate won from this seat more than one time. The SAD came second.

The current Rajouri Garden constituency came into existence in 2008, as part of the implementation of the recommendations of the Delimitation Commission of India constituted in 2002.

From 1993 to 2008, Rajouri Garden seat (general) had been a Congress bastion. Ajay Maken had been elected thrice as MLA from this seat.

In the 1993 assembly elections, Congress’s Ajay Maken clinched the Rajouri Garden seat with 28,075 votes. His closest candidate was BJP’s Manohar Lal Kumar who got 24,524 votes.