Delhi Assembly Elections: All You Need To Know About Mehrauli Constituency

Mehrauli Constituency: Delhi Is Set To Go To Polls Next Month With The Contest Being Well-poised Among The Aam Aadmi Party (AAP), The Bharatiya Janata Party (BJP) And Congress.

Delhi Assembly Elections 2020- Mehrauli Constituency: Delhi is set to go to polls next month with the contest being well-poised among the Aam Aadmi Party (AAP), the Bharatiya Janata Party (BJP) and the Congress. Of the total 70 Assembly seats in Delhi, Mehrauli is one, still battling against deplorable water supply, and despite Chief Minister Arvind Kejriwal's claim of having transformed Delhi to a large extent, basic facilities are set to take the centre stage in the constituency. Other issues pertaining to Mehrauli, which largely comprises urban villages and unauthorised colonies, are sewer lines and traffic congestion. Mehrauli is a part of South Delhi Lok Sabha constituency along with nine other Vidhan Sabha segments being Chattarpur, Palam, Bijwasan, Kalkaji, Deoli, Ambedkar Nagar, Sangam Vihar, Tughlaqabad and Badarpur. Moreover, the present geographical structure of Mehrauli constituency came into existence in 2008 as a part of the implementation of the recommendations of the Delimitation Commission of India constituted in 2002.

BJP has fielded Kusum Khatri against AAP's Naresh Yadav in Mehrauli. Mohinder Chaudhary will be representing Congress on the seat. 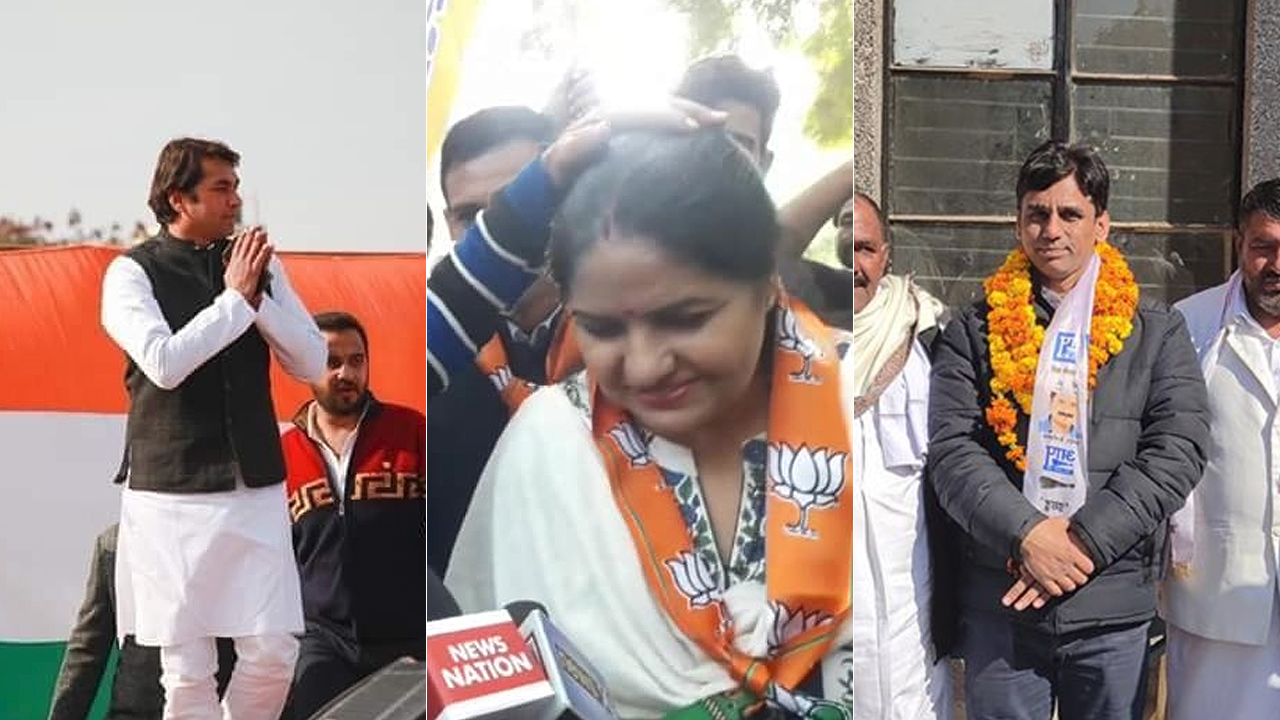 Total number of eligible voters in the Mehrauli Constituency as per the information available on the official website of the Election Commission in 2019 was 1,96,953 (Male Voters: 1,10,019 and Female Voters: 86,756).

Mehrauli too was swayed away in Kejriwal juggernaut with AAP's Naresh Yadav getting the better of BJP's Sarita Chaudhary. Naresh Yadav got 57,984 while Sarita Chaudhary bagged 40, 955 votes of the total 113366 votes polled. AAP and BJP got 51.06 per cent and 36.17 per cent of vote shares respectively. Moreover, Congress' Satbir Singh was at a distant third with 10.60 per cent of the total votes polled going in his favour in Mehrauli.

Also Read: Delhi Assembly Elections: All You Need To Know About Badarpur Constituency

In the 2013 Assembly Elections, BJP's Parvesh Sahib Singh Verma had defeated AAP's Narinder Singh Sejwal. Narinder Singh got 32,790 while 37,481 votes went in favour of Parvesh Verma. The overall turnout was 96,331 while 463 postal votes were cast in 2013.

Also Read: Delhi Assembly Elections: All You Need To Know About Chhatarpur Constituency

BJP's Brahm Singh Tanwar remained the MLA from Mehrauli constituency from 1993 to 2003. He was defeated in 2003 Assembly Elections by INC's Balram Tanwar.