Delhi Assembly: Whose Portrait Hangs Over Speaker's Chair And Why

The Portrait Over The Delhi Assembly Speaker's Chair Features A Sage-like Figure With A Long White Beard And Hair. But Who Is He?

Vithalbhai Patel was a leading figure in the Indian independence movement and was the co-founder of the Swaraj Party (Photo Credit: Twitter )

Delhi is all set to elect a new legislative assembly with elections set to take place on February 8. The results will be declared on February 11 and if everything goes according to the plan- the newly elected members will take the oath of office in the next few days in front of the pro-tem Speaker. As the new members look up to the Speaker, they will also see a portrait just over his chair. The imposing portrait features a sage-like figure with a long white beard and hair. But who is the subject of this portrait and why he has been given such a place of honour in the assembly chamber? 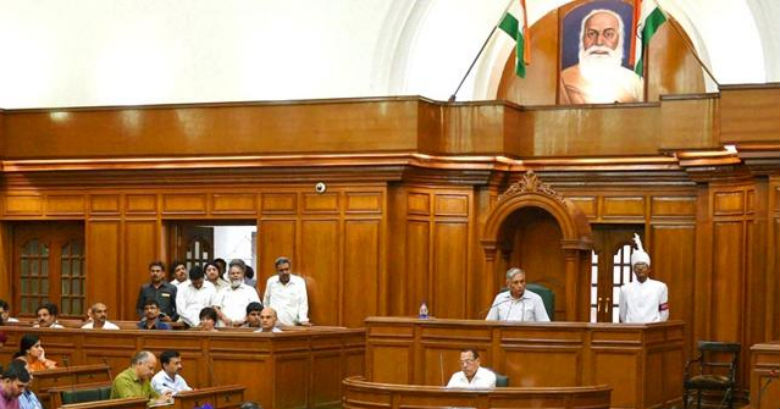 The man featured in the portrait is Vithalbhai Patel. He was a leading figure in the Indian independence movement and was the co-founder of the Swaraj Party. He was the elder brother of Vallabhbhai Patel. Patel was the first elected Indian speaker of the Central Legislative Assembly and presided over it for many years in this very hall. The present site of the Delhi Assembly was the site of the Council Chamber which started functioning in Delhi from 1912 onwards.

Patel was elected to the Central Legislative Assembly, a chamber of elected and appointed Indian and British representatives with limited legislative powers, in 1923 and in 1925 became the Assembly's president or speaker.

Apart from Patel, the historic assembly chamber also features 5 portraits of eminent national leaders like Indira Gandhi, Lala Lajpat Rai, Dr Baba Saheb Ambedkar, Subhash Chandra Bose, and Jawahar Lal Nehru. Delhi assembly campus also has a statue of Vithalbhai Patel. It is situated outside the central park facing one of two minarets. A statue of Mahatma Gandhi - the Father of the Nation - stands opposite the other minaret.