Going By The Tradition Of Its Filmy Tweet, AAP's Twitter Handle Also Posted A Clip From Hrithik Roshan-starrer 2017 Movie 'Kaabil'

Not Amit Shah, it is the people of Delhi who will decide their Chief Minister, Kejriwal said. (Photo Credit: AAP/Twitter)

Delhi Chief Minister Arvind Kejriwal dared Union Home Minister Amit Shah for an open debate on Wednesday after the BJP failed to name its Chief Ministerial candidate ahead of the February 8 Assembly Elections. “Amit Shah should come on his own. He Should not send any BJP worker for the debate,” Kejriwal said while addressing the media. Chiding the BJP for not announcing its CM candidate for the Delhi polls, Kejriwal said that “Amit Shah is asking the Delhi residents to vote in his name and he will later decide the Chief Minister. This won’t happen. It is the people of Delhi who will decide their Chief Minister, not Amit Shah.”

"I challenge @AmitShah for an open debate." - Arvind Kejriwal#KejriwalChallengesShah pic.twitter.com/q5QVLrrniK

Going by the tradition of its filmy tweet, AAP’s Twitter handle also posted a clip from Hrithik Roshan-starrer 2017 movie ‘Kaabil’, in which the Bollywood mega star is saying – ‘Aayega na, darega toh nahi (Will you come? Don’t be afraid.)’

The development comes a day after the AAP demanded the BJP to name its Chief Ministerial Candidate for the Delhi polls. The BJP was given a 1 pm deadline by the Aam Aadmi party. Kejriwal had made the announcement during the launch of his party’s poll manifesto.  From doorstep delivery of ration to free pilgrimage to 10 lakh senior citizens, the AAP left no stone unturned to woo the voters. The highlight of the poll manifesto was special focus on clean water supply, electricity and healthcare facility for the residents of Delhi. Other key takeaways of the AAP’s poll manifesto were: ‘Deshbhakti’ course for Delhi schools, full statehood for Delhi. AAP also promised new appointment of Safai Karamcharis and Rs 1 crore compensation for family of deceased sanitation worker.

The war of words between the Aam Aadmi party and the BJP intensified with each passing day. Earlier on Monday, Union Minister Prakash Javadekar had said that Delhi Chief Minister Arvind Kejriwal was a terrorist and the government had proof to support its claim. The ruling AAP shot back and dared the Centre to arrest Kejriwal. Javadekar said that Kejriwal had called himself an "anarchist" and there is not much of a "difference between an anarchist and a terrorist". His remarks come a few days after the Election Commission (EC) issued a show cause notice to BJP MP Parvesh Verma for allegedly calling Kejriwal a "terrorist". 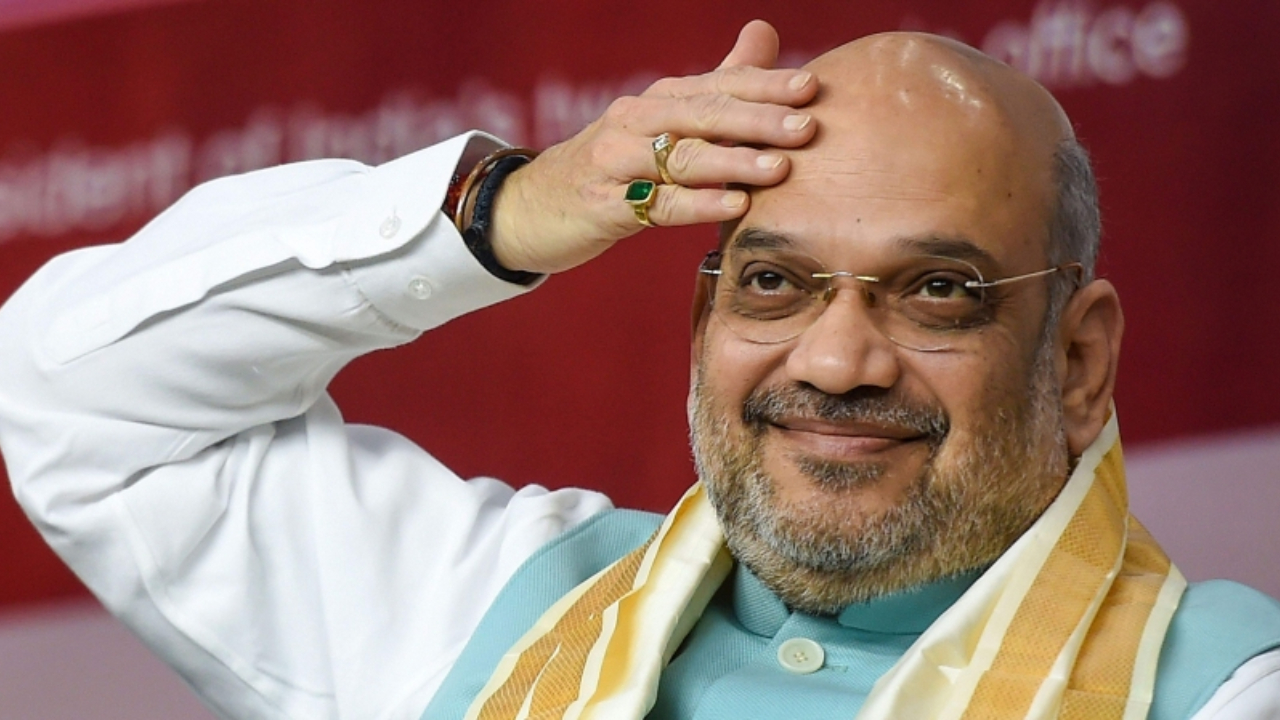 Union Home Minister Amit Shah had slammed the ruling saying it had done nothing in the last five years except spreading ‘lies’ and staging dharna. (PTI File)

"Kejriwal is now asking with a sad face, 'am I a terrorist?' You are a terrorist and there is a lot of evidence to prove that. You yourself had said you are an anarchist. There is not much difference between an anarchist and a terrorist," the senior BJP leader said at a press conference. Javadekar also raked up the issue of Kejriwal "staying a night at the Moga residence of Khalistani commander Gurinder Singh during the Punjab Assembly polls". "You knew it was a militant's house. Still, you stayed there. How much more evidence do you need?" he said.

In the last three days of election campaigning, AAP will intensify its campaign through 500 members of its frontal organisations. "In the next three days, 15,000 meetings will be held. In the last phase, we would use the slogan 'acche honge paanch saal - Delhi mein toh Kejriwal' (five years will go well - Kejriwal should be there in Delhi)," Singh said on Monday.