'I Forgive All Those Who Abused Me': Arvind Kejriwal After Taking Oath As Delhi Chief Minister

In A Near-repeat Performance Of 2015, The Kejriwal-led AAP, Which Was Floated In November 2012, Retained Power With A Scintillating Win In The Just-concluded Delhi Assembly Polls.

Arvind Kejriwal swearing-in ceremony LIVE: As the AAP bagged 62 out of the 70 seats, leaders cutting across party lines, including Prime Minister Narendra Modi, Rahul Gandhi had congratulated him for the victory. (Photo Credit: Twitter-AAP)

Arvind Kejriwal swearing-in ceremony: Aam Aadmi Party chief Arvind Kejriwal was sworn in as Delhi chief minister for the third time at the Ramlila Maidan on Sunday. In a near-repeat performance of 2015, the Arvind Kejriwal-led AAP, which was floated in November 2012, retained power with a scintillating win in the just-concluded Delhi Assembly polls, trouncing its main rival BJP and completely decimating the Congress in a keenly-watched battle that took place in the midst of anti-CAA protests.

For bureaucrat-turned-politician who will assume the post of Delhi chief minister for the third time, the Ramlila Maidan holds special significance as it had served as his battleground during the Anna Hazare-led India Against Corruption movement.

LIVE | Arvind Kejriwal swearing-in ceremony: Here are all the updates:

Arvind Kejriwal: I had sent an invitation to Prime Minister Narendra Modi ji for this event. He could not come maybe he is busy at some other event. But through this platform, I want to take blessings from PM Ji and central govt to develop Delhi and take it forward.

Arvind Kejriwal: Some people say Kejriwal is giving everything for free. Nature has ensured every valuable thing in the world is free, be it Mother's love, father's blessings or Shravan Kumar's dedication. So, Kejriwal loves his people and hence this love is free.

'Little Mufflerman', the boy dressed as Arvind Kejriwal whose images went viral on counting day (Feb 11), also present at the oath-taking ceremony. He was officially invited by AAP. 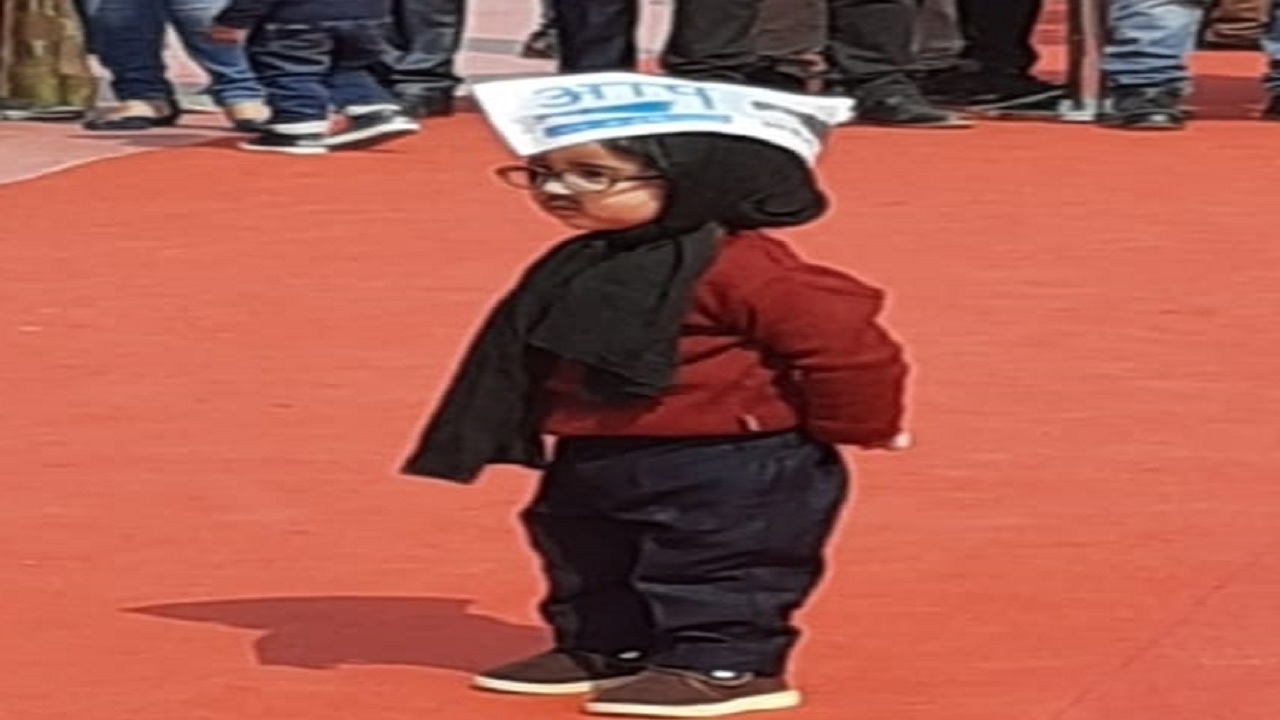 Delhi Chief Minister Arvind Kejriwal: Elections are over, it doesn't matter who you voted for, now all Delhiites are my family. I will work for everyone, be it from any party, any religion, caste or strata of society.

This is not my win, this is the victory of every Delhiite, of every family. In the last 5 years, our only effort has been to bring happiness and relief to every Delhiite.

Exclusive: Promise Made To Delhiites Will Be Fulfilled, Says Sisodia

Click To Watch: Ahead of the oath-taking ceremony, Delhi's Deputy CM Manish Sisodia talked to News Nation. He said that Delhi voted AAP due to the improved education system. Sisodia also reiterated that the development work will continue in Delhi.

Huge crowd gathered at Ram Leela Maidan to witness yet another historic event.

Manish Sisodia: There is nothing wrong if Arvind Kejriwal ji thinks that the same cabinet should be repeated. People are happy with the work of the cabinet and we won the elections on basis of our work. We will continue to build and maintain the confidence of the people. 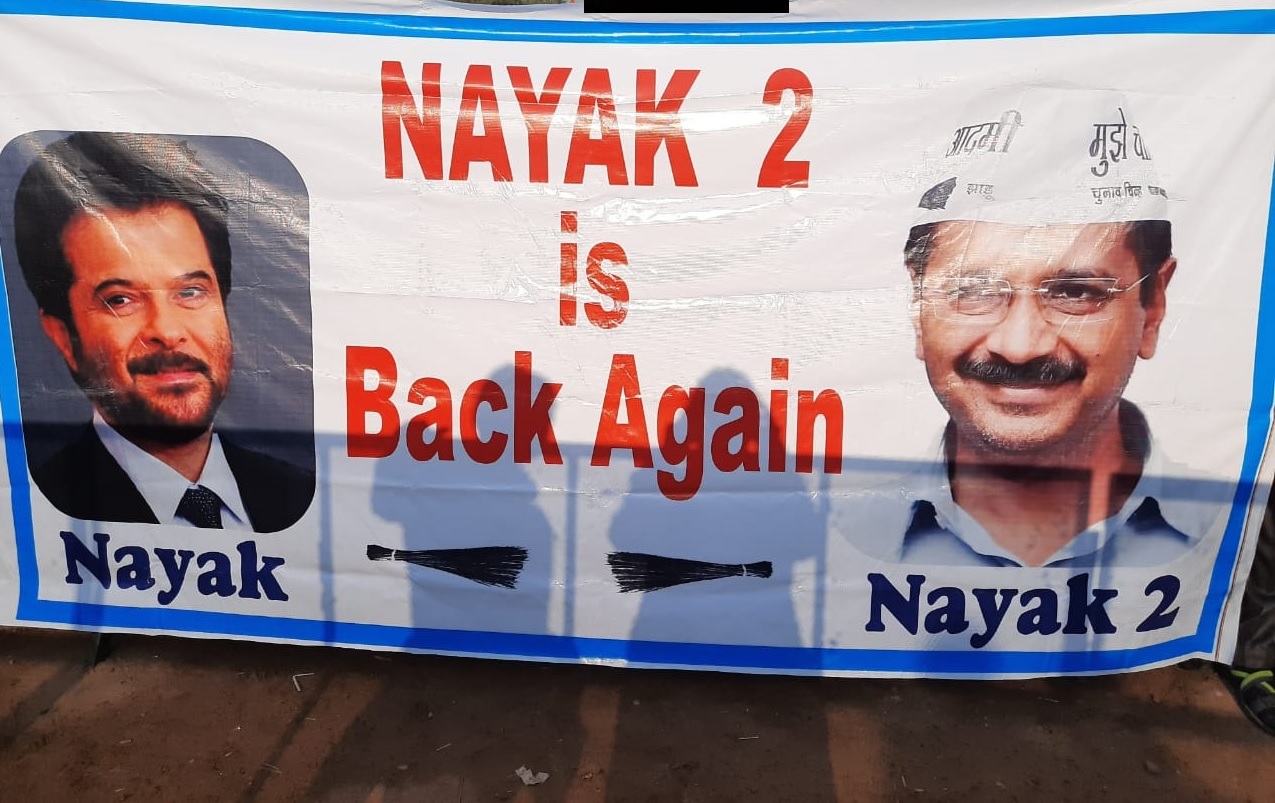 Arvind Kejriwal's statue was installed at the Wax Museum in Ludhiana. 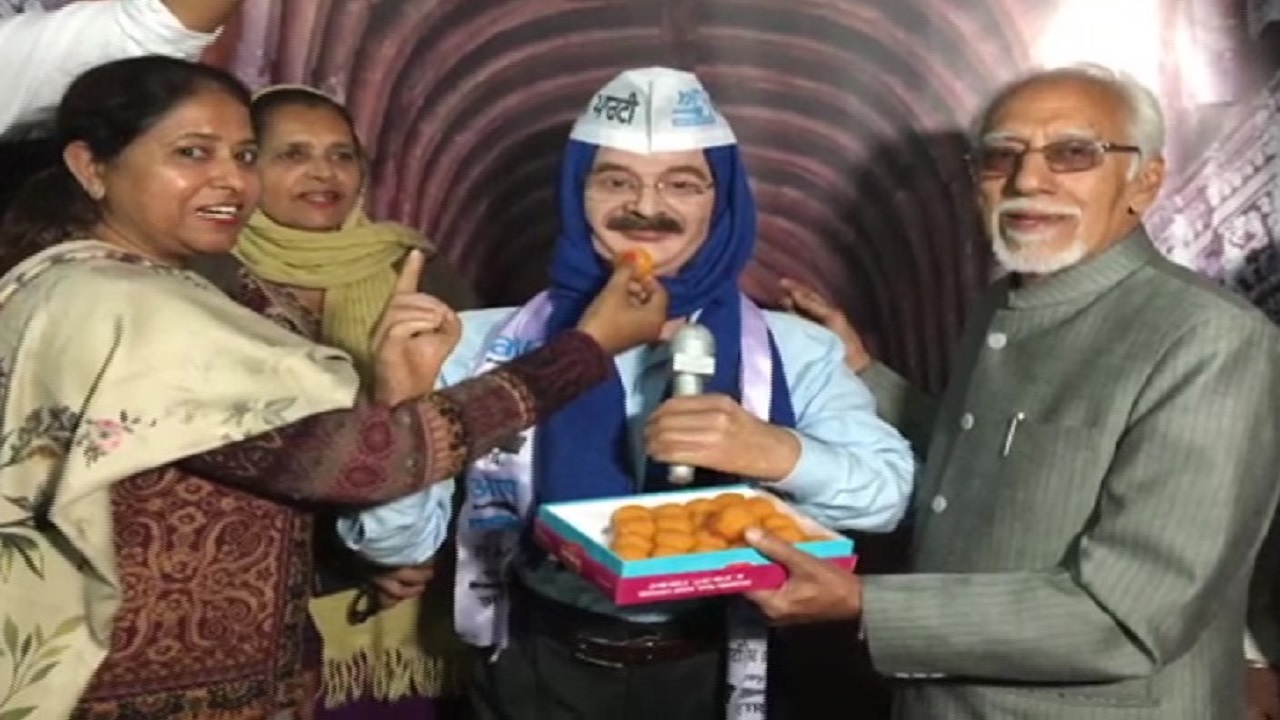 Officials said 2,000 to 3,000 security personnel from the Delhi Police and paramilitary forces, including the CRPF, were being deployed for the ceremony which is scheduled to begin at 10 am. Drones were likely to be used for aerial surveillance.

Delhi: Preparations underway for the swearing-in ceremony of Chief Minister-designate Arvind Kejriwal at Ramlila Ground. He will take oath as CM for the third time today. pic.twitter.com/QbyMhGkBwZ

Traffic regulations will be in place in the area from 8 am to 2 pm around the venue.

The AAP supremo had on Thursday extended invitation to Delhiites to attend his oath-taking ceremony to “bless their son”. Advertisements were also issued in leading dailies.

"Delhiites, your son is going to take oath of Delhi chief minister for the third time. You must come to bless your son. Sunday, February 16, 10 am, Ramlila Maidan,” Kejriwal, 51, had tweeted in Hindi.

Arvind Kejriwal will be taking oath at Delhi’s historic Ramlila Maidan. Big banners bearing messages like ‘Dhanyawad Dilli’ along with Kejriwal’s image were put up in and around the venue.

From Guest List To Traffic Advisory – All You Need To Know