Union Minister Giriraj Singh Has Termed The Protests At Shaheen Bagh As An Anti-national Conspiracy.

Along with the tweet, Giriraj Singh posted a video in which a woman could be heard exhorting the protesters for â€˜qurbaniâ€™. (Photo Credit: Abhilasha Kishore/News Nation)

Union Minister Giriraj Singh sparked a massive controversy with his provocative tweet against the ongoing anti-CAA protests in Delhi’ Shaheen Bagh area on Thursday. Senior BJP leader tweeted a clip and said that Shaheen Bagh has become the hub of making ‘suicide bombers.’ He termed the protests at Shaheen Bagh as an anti-national conspiracy. Along with the tweet, Singh had posted a video in which a woman could be heard exhorting the protesters for ‘qurbani’. News Nation cannot verify the authenticity of the video. It is still unclear whether this video is from the Shaheen Bagh protests.

This is the same video that was tweeted by BJP’s national spokesperson Sambit Patra on February 3. In that post, Patra had asked Twitter to identify the location of the ‘Tauheen Bagh’ viral video. “Wake Up before it’s late,” Patra had tweeted. Giriraj Singh’s tweet comes on the last day of the campaigning for the Delhi Assembly Elections.

Shaheen Bagh has been one of the most talked about topics during the bitter poll campaign. During his first poll rally in East Delhi’s Karkardooma, Prime Minister Narendra Modi had said that the ongoing protests against the Citizenship Amendment Act (CAA) in several parts of the national capital are a 'political experiment' and not a coincidence. He accused the Aam Aadmi Party (AAP) and the Congress of fuelling the demonstrations.

On February 1st, for the first time, the Modi government had reached out to the Shaheen Bagh protesters. Law Minister Ravi Shankar Parsad had said that the government is ‘ready to talk.’ A large number of women have been holding a sit-in against Citizenship Amendment Act (CAA) at Shaheen Bagh in south east Delhi since mid-December. The protest, supported by people from different fields including politicians, Bollywood actors and academicians, has emerged as a symbol of anti-CAA agitation in the country. 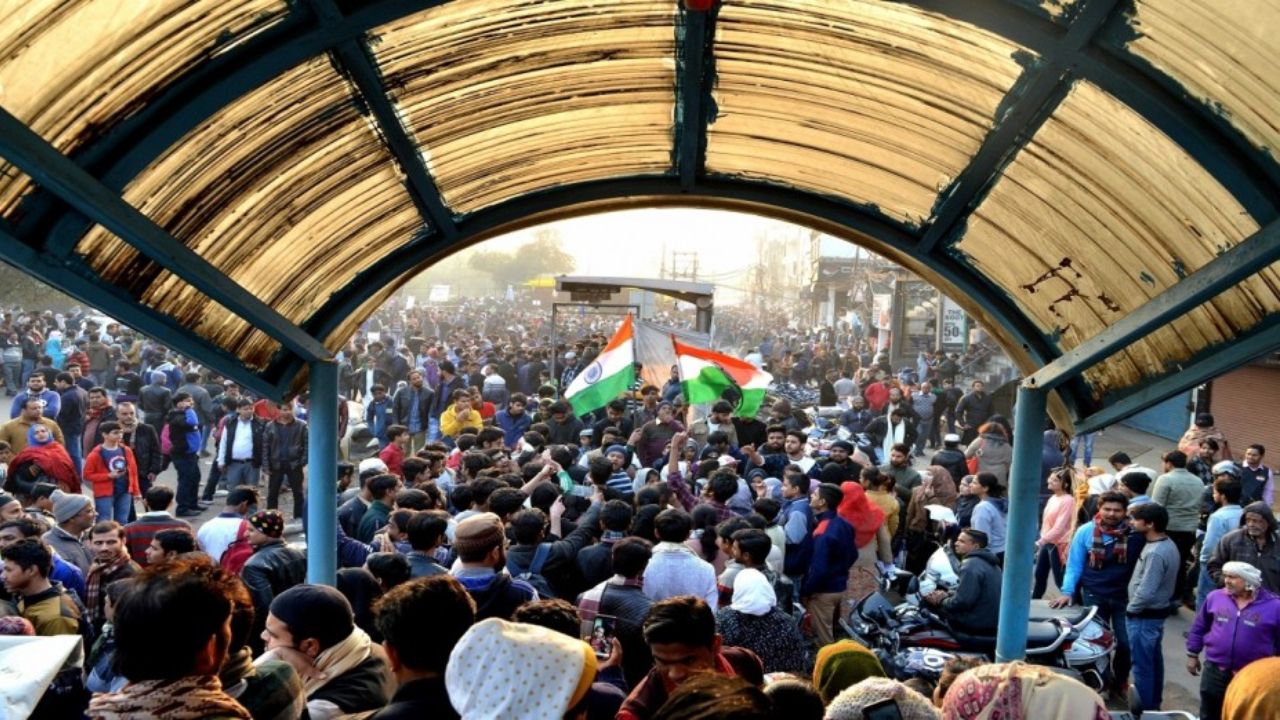 A large number of women have been holding a sit-in against Citizenship Amendment Act (CAA) at Shaheen Bagh in south east Delhi since mid-December. (IANS File Photo)

Meanwhile, the Election Commission (EC) on Wednesday slammed Delhi Police DCP Rajesh Deo for sharing investigation details linking the Shaheen Bagh shooter Kapil Baisala to the ruling Aam Aadmi Party, saying his statement was "totally uncalled for" and barred him from election duty. The EC said that the investigation into the Shaheen Bagh shooting had "political connotations" and Delhi cop's conduct has "consequences" for "free and fair elections".

On Tuesday, Deo told reporters that Kapil Baisala, who had opened fire at the anti-Citizenship Amendment Act (CAA) protest site in Shaheen Bagh on Saturday, was a member of the Aam Aadmi Party (AAP). This prompted the AAP to approach the poll body against the police officer.