Delhi Assembly Elections: A person was killed after some unidentified people opened fire at AAP MLA Naresh Yadav’s convoy in southwest Delhi’s Kishangarh village on late Tuesday night, police said. The newly-elected MLA along with his supporters was returning home after paying obeisance at a temple in his constituency, the police said. In a tweet, Aam Aadmi Party (AAP) leader Sanjay Singh claimed party volunteer Ashok Mann was killed in the attack.

According to sources, seven rounds were fired at the Mehrauli MLA’s convoy.

A person injured in the incident was admitted to a nearby hospital, police said.

“Shots fired at AAP MLA @MLA_NareshYada and the volunteers accompanying him while they were on way back from temple. At least one volunteer has passed away due to bullet wounds. Another is injured,” the AAP said in a tweet. 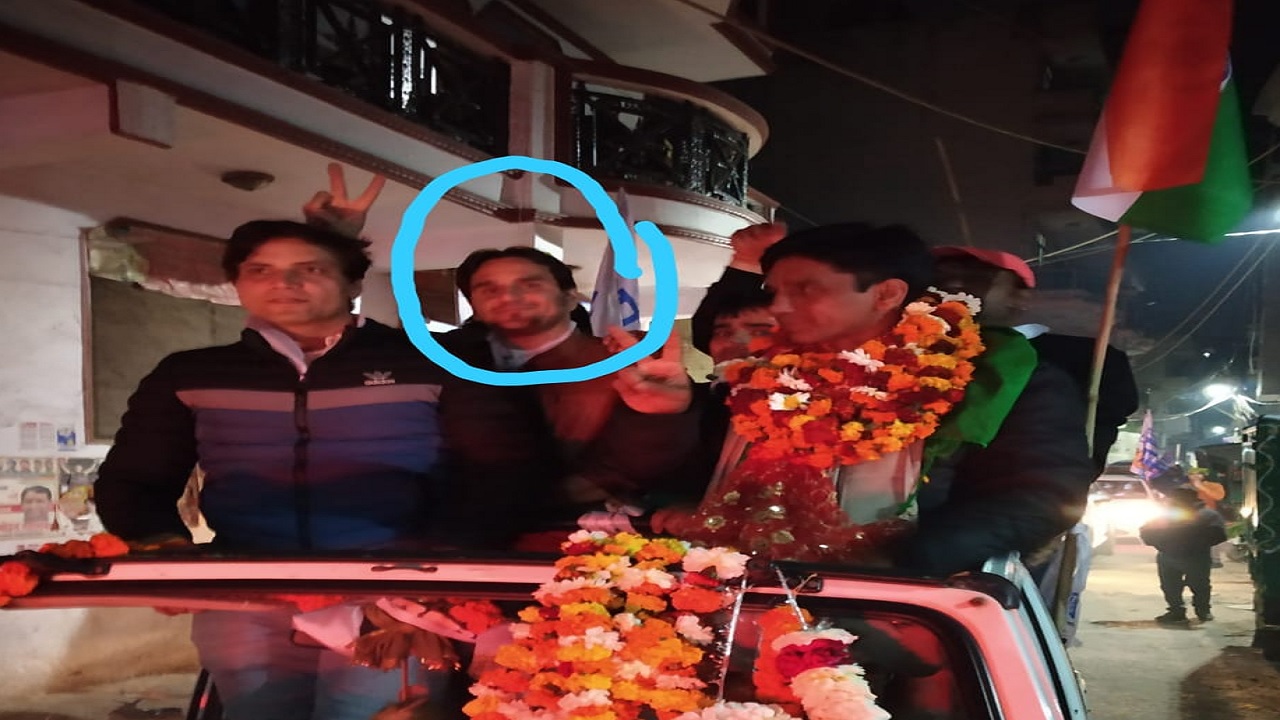 Ashok Mann (Encircled in the picture)

Ankit Lal, AAP’s social media in-charge tweeted: “Multiple shots were fired at AAP MLA @MLA_NareshYadav & @AamAadmiParty volunteers accompanying him to his home in Mehrauli after visiting a temple as part of victory procession. Miscreants in another car opened fire near Fortis. 1 dead and 1 injured. Police is at the spot.”

After the counting of votes on Mehrauli constituency, Aam Aadmi Party’s (AAP) Naresh Yadav has emerged as a winner by a margin of 18161 votes. Yadav defeated Bharatiya Janata Party’s (BJP) Kusum Khatri.

The Arvind Kejriwal-led Aam Aadmi Party had a landslide victory on Tuesday in the high-stakes Delhi Assembly polls, leaving the main rival BJP way behind and decimating the Congress in a bitterly-fought contest that took place in the midst of massive protests over the new citizenship law.

The AAP won 62 seats, the BJP won eight constituencies while the Congress drew a blank in the 70-member assembly, according to the election commission.

The AAP's stupendous victory comes nearly eight months after it suffered a severe drubbing in the Lok Sabha polls in which the party drew a blank while the BJP won all the seven seats.