Haryana Assembly Elections: The Key Parties In The Fray Are The Ruling Bharatiya Janata Party (BJP), The Congress And Indian National Lok Dal.

Haryana Assembly Elections: The polls to the 90-member assembly are underway in Haryana. Nearly 1.83 crore voters including 1.07 lakh service voters are eligible to exercise their right to franchise. The key parties in the fray are the ruling Bharatiya Janata Party (BJP), the Congress and Indian National Lok Dal. Over 89 lakh young voters under 40 years of age are likely to play a crucial role in the polls. According to the Election Commission data, there are 89,42,668 voters who fall in this category, which forms a major chunk of over 1.83 eligible voters in the state. There are over 3.82 lakh voters, many of them first-timers, who fall in the age group of 18-19 years while over 40 lakh are 20-29 years of age.

Here are all the LIVE updates:Â

The ruling Bharat Janata Party (BJP) under Chief Minister Manohar Lal Khattar’s leadership is likely to return to power in Haryana with an even bigger majority, according to the News Nation Poll Of Exit Polls, which is an aggregate of all the exit polls. The Poll of Exit Polls by News Nation predicts the saffron party is likely to get as many as 67 seats, a massive 20 seats jump from its 2014 tally.... Read Full Story Here

61 per cent voter turnout in Haryana

The voting for the 90-member Haryana Legislative Assembly has ended. The average voter turnout is 61 per cent, though the Election Commission is yet to release the official figure.

Voting has ended in all the Assemby seats in Haryana. However, those who were already in the line, will be allowed to cast their votes. The final voter turnout figures are yet to be released.

58 per cent votes polled till 5 pm

58 per cent votes have been polled in Haryana till 5 pm, according to India Today.

56.60 per cent voter turnout in Haryana

In what looks like a slow voting, 56.60 per cent voter turnout was recorded in Haryana. The voting will be concluded at 6 pm.

25.1 per cent voter turnout recorded till 1pm in Haryana. 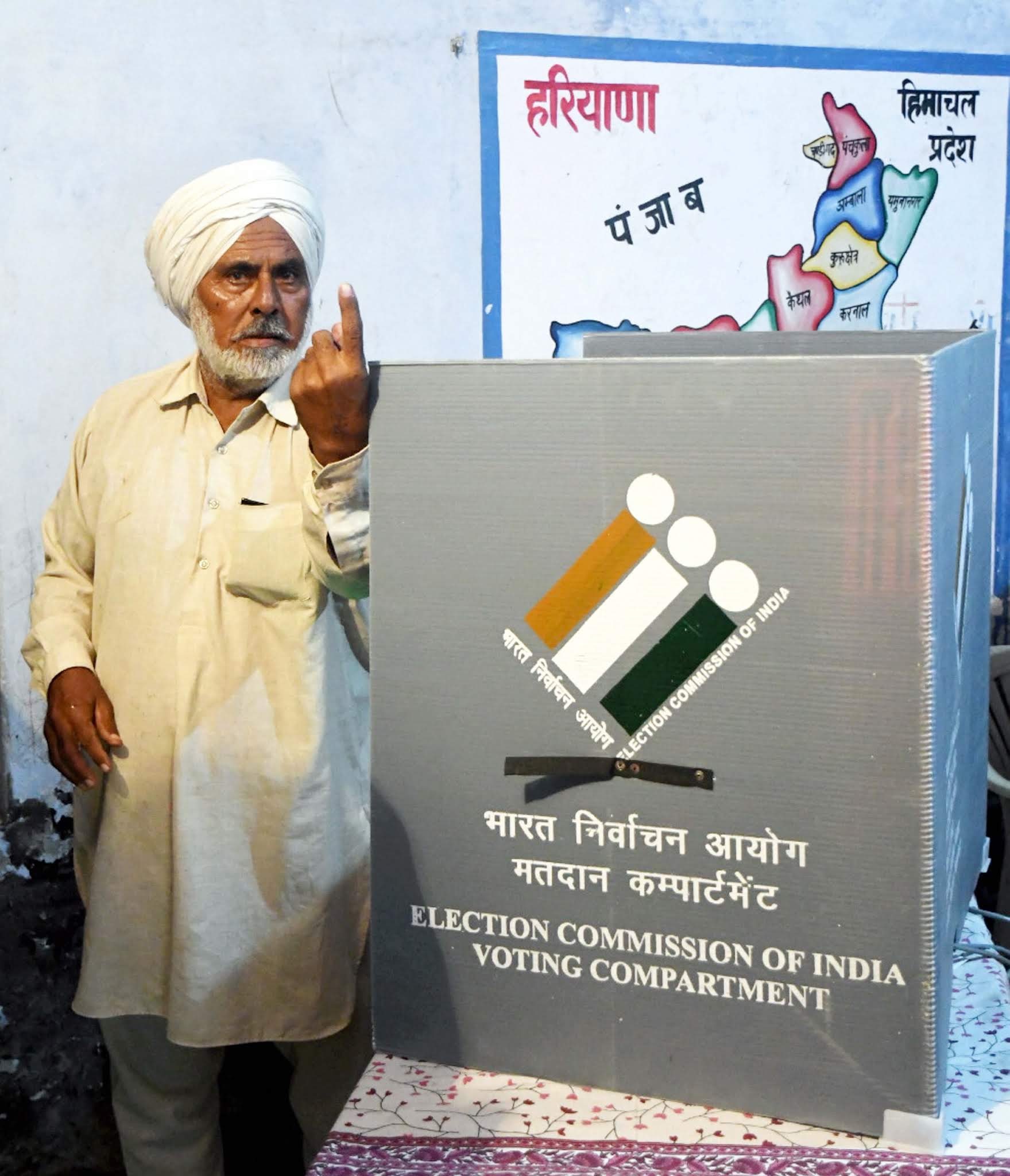 Haryana CM ML Khattar after casting his vote in Karnal: Voting is underway peacefully across the state. Opposition parties including Congress have already lost and have left the battleground, their tall claims have no value.

Mahavir Singh Phogat, father of wrestler Babita Phogat who is contesting from Dadri as BJP candidate: She has a clean image & her speeches are passionate, people are influenced by it and are giving her their blessings. She will win election by a big margin.

#HaryanaAssemblyPolls: Jannayak Janata Party (JJP) leader Dushyant Chautala & his family arrive on a tractor, to cast their votes at a polling booth in Sirsa. pic.twitter.com/K9EHSM6klA

Haryana Assembly Polls: Donâ€™t Have Voter ID? Carry Any Of THESE Documents

TikTok star Sonali Phogat who is contesting on a BJP ticket from Adampur constituency, after casting her vote. She is up against senior Congress leader Kuldeep Bishnoi.

Gurugram: Voting is on hold after an EVM machine at booth number 286 in Badshahpur stops working.

Bhupinder Singh Hooda, Congress: Jannayak Janata Party (JJP) and Indian National Lok Dal (INLD) are not factors, the contest is between Congress and BJP. Congress will get the majority

Elections are taking place for Haryana and Maharashtra assemblies. There are also by-polls taking place in various parts of India. I urge voters in these states and seats to turnout in record numbers and enrich the festival of democracy. I hope youngsters vote in large numbers.

Voting to the 90-member assembly underway in Haryana.