In The October 21 Maharashtra Polls, The BJP-Sena Saffron Alliance Secured A Comfortable Majority By Winning 105 And 56 Seats Respectively In The 288-member Assembly.

Top leaders of the Shiv Sena, the Congress and the NCP began a meeting here on Friday to give shape to new government to be led by the Uddhav Thackeray-headed party in Maharashtra, nearly a month after assembly poll results were announced. Eknath Shinde, Subhash Desai, Sanjay Raut (all Shiv Sena), Ahmed Patel, Mallikarjun Kharge, K C Venugopal, Avinash Pande, Balasaheb Thorat, Prithviraj Chavan (Congress), Praful Patel, Jayant Patil and Ajit Pawar (NCP) are taking part in the meeting. NCP chief Sharad Pawar and Shiv Sena president Uddhav Thackeray are also attending the deliberations at Nehru Centre in South Mumbai aimed at giving momentum to install a non-BJP government in the country’s richest state, which is under President’s rule.

Maharashtra: Here are all the updates

"All three parties had positive discussions about the govt formation. We've reached consensus on many issues but talks to continue tomorrow. Whatever Sharad Pawar ji has said is on record, I won't speak on that. When we've discussed all things,we'll speak on them," Congress leader Prithviraj Chavan.

NCP Chief Sharad Pawar after Shiv Sena-NCP-Congress meeting: We all have consensus on the name of Uddhav Thackeray as Chief Minister.

NCP will get the Home Ministry and the Congress will take charge of Revenue: Report

Prithviraj Chavan to be the next Speaker of Maharashtra Assembly: Reports

We are going for meeting (Congress-NCP-Shiv Sena) where discussions will be held. We will do a briefing after the meeting: Congress leader Mallikarjun Kharge

Union Minister Nitin Gadkari on Maharashtra govt formation: There are ideological differences among Congress, Shiv Sena and NCP. The govt will not go much ahead even if it is formed. 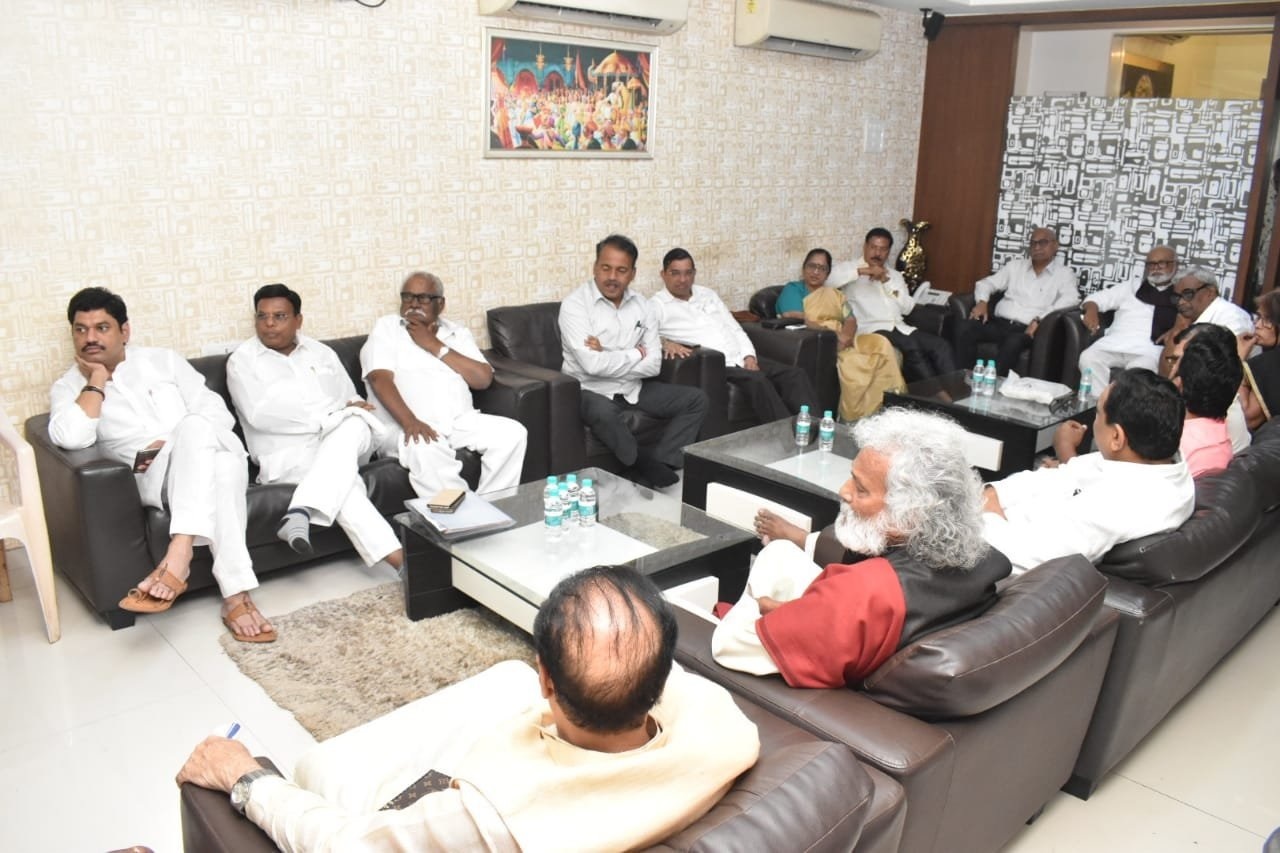 The next Maharashtra chief minister will be from the Shiv Sena and the Sharad Pawar-led NCP has not demanded the top post during state-level meetings on government formation, Congress leader Manikrao Thakare said on Friday. Read here...

As the government formation process picked momentum in Maharashtra, Shiv Sena president Uddhav Thackeray on Friday met his party's legislators to discuss the political situation in the state.

Sena MLA Bhaskar Jadhav told news agency PTI that the meeting was convened to apprise the legislators of the government formation process and meetings of Congress-NCP leaders in Delhi.

Amid reports of grand alliance in Maharashtra, Prime Minister Narendra Modi’s ambitious bullet train project may face resistance from the state if the new government is formed. The alliance has decided to scrap the bullet train project in the common minimum programme prepared by the Shiv Sena, the Nationalist Congress Party (NCP) and the Congress and withhold Maharashtra's share of expenditure to the Rs 1 lakh crore project, according to sources. Read here...

The process of Maharashtra government formation will begin in next two days and Shiv Sena will get the Chief Minister’s post for five years - Sanjay Raut made these key announcements while addressing media in Mumbai on Friday. The first announcement hold indicate that as opposed to all buzz, the NCP, the Congress and the Shiv Sena will not be staking claim to form government in Maharashtra on Friday. Till Thursday evening, there were rumours in the political corridors that all three parties will meet Governor Bhagat Singh Koshyari and the swearing-in ceremony will be held as early as Sunday or Monday. Read here...

Sometimes it's better to quit a relationship for self respect: Sanjay Raut

Senior Congress leader while cautioning the party leadership against the alliance said, "Several years ago, the Congress made a mistake of tying up with the Bahujan Samajwadi Party (BSP) in Uttar Pradesh. It faced a rout and since then it has not been able to recover. We are making the same mistake in Maharashtra,” Nirupam said in a tweet. “Becoming a number three party in the Shiv Sena-led government is akin to burying the Congress in the state. It is better if the Congress President does not succumb to the pressure."