Odisha Was One Of The Four States That Saw The Lok Sabha Elections And The State Assembly Elections Held Simultaneously In First Four Stages On April 11, 18, 23 And 29.

After seven stages of voting in the Lok Sabha Elections, the results will be declared on May 23 and India will know whether Narendra Modi’s Bharatiya Janata Party (BJP) forms the government on its own or with the help of regional allies or whether the Congress can pull off a surprise. Odisha is expected to play a crucial role, with Naveen Patnaik’s BJD (Biju Janata Dal) expected to support Modi. Odisha was one of the four states that saw the Lok Sabha Elections and the State Assembly Elections being held simultaneously in first four stages on April 11, 18, 23 and 29. Naveen Patnaik, the current chief minister of Odisha, is fighting from the Bijepur and Hinjili constituency. While Odisha has 21 seats in the Lok Sabha Polls, the Assembly has 147 seats. In the 2014 Odisha Assembly Elections, the BJD won 117 out of 147 seats while the BJP secured just 10 seats with the Congress winning 16. In the Lok Sabha Elections in 2014, the BJD won 20 out of the 21 seats with the BJP winning just one seat from Sundargarh.

Congratulations to Naveen Babu for yet another victory in Odisha. Wishing
him the very best for the next term.

Sadasiva Pradhani of BJD wins from Nabarangpur assembly seat. Now, the results are starting to come in.

Puri is witnessing a major tussle between Sambit Patra and Pinaki Mishra. Sambit has gone past a lakh but Mishra is just behind by 3000 runs.

Nalini Kant Pradhan is fighting a tough battle in Sambalpur but it looks like BJD could get this seat.

In Hinjili, Chief Minister Naveen Patnaik is ahead of his nearest competitor Pitambar Acharya of the BJP by 15,191 votes. So, the current Odisha chief minister is set to storm back to power in addition to winning in two seats.

Brahmagiri, Sonepur, Rourkela, Mayurbhanj and Sambalpur are potentially under the BJD's grip while the BJP is putting up a tough fight in Sambalpur.

The BJD has gone past 100 while the BJP has almost tripled their tally from the 2014 Assembly Elections. Meanwhile, Pinaki Mishra has extended his advantage against Sambit Patra in Puri.

The BJD juggernaut continues in the land of Jagannath. The party is leading in Anandapur, Digapahandi, Bolangir, Khallikote, Mohana, Kambisuryanagar, Jajpur, Narla while the BJP is leading from Bargarh

BJP is leading in Bhawanipatna Assembly seat and from Karanjia but the BJD has extended their majority mark.

The BJD has secured majority in the Odisha Assembly while the BJP has put in a strong show.

Naveen Patnaik's BJD is approaching the majority mark while the BJP has put in a strong show, bettering their 2014 Assembly performance. 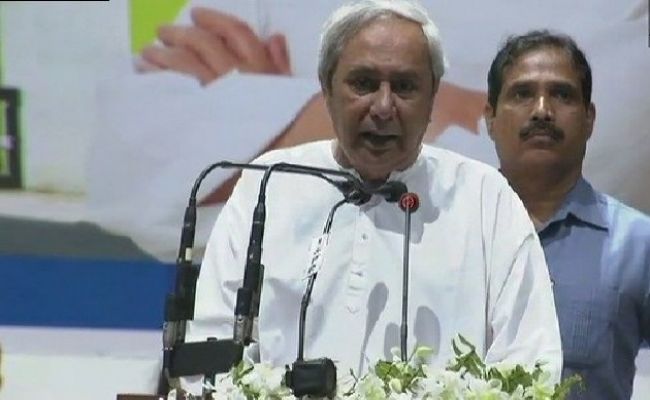 BJD is currently leading in Puri, with Pinaki Mishra in front in the Lok Sabha Polls. Sambit Patra of the BJP is the candidate from Puri. This was the city which was decimated in Cyclone Phani.

Congress candidate Narasingha Mishra leading from Balangir assembly seat. In the early trends in the Lok Sabha elections in Odisha, BJD is leading 16, BJP has three and Congress 2. So, both BJP and Congress is in front.

BJD is building on the advantage. Prasanna Acharya leading from Bargarh Lok Sabha seat while Pradeep Behera is leading from Loisinga Assembly seat

BJD candidate Prashant Jagdev leading from Chilika Assembly seat while they are ahead Begunia constituency; BJP is putting up a good show in Umerkote and Jharigram

BJP+ has reached the majority mark in the early trends and BJD is leading in four seats.

The early Assembly trends in Odisha so far suggest that the BJD is ahead in four assembly seats.

Congress candidate Pradeep Majhi is leading from Nabarangpur Lok Sabha seat. So, even the Congress has opened their account in the Lok Sabha from Odisha.

BJP candidate Sangeeta Singhdeo leading from Balangir Lok Sabha seat and this could have a massive impact in the Assembly Elections.

The early trend in the Odisha Assembly elections is that BJP is leading in one constituency.

BJD is doing well so far but the BJP has also opened their account.

The BJD is putting a great show in the Lok Sabha tally so far. This is an indication that the Assembly Elections could once again be dominated by Naveen Patnaik.

So far, in the early trends, BJD is leading in nine out of the nine Lok Sabha seats so far.

BJP have crossed 100 in the early trends. Can BJD stem the tide in Odisha and can they stop the BJP?

So far, BJP is continuing to extend their lead and advantage. In Rajasthan and Maharashtra, they are putting up a good show.

So far, BJP is putting up a good show in the Eastern part of the country and is doing well in Uttar Pradesh and so far, Bengal.

In the first 10 minutes of counting, it seems that the BJP is ahead but we are slowly getting to Odisha.

The postal ballots are being counted first and then it will be tallied with the VVPAT entries. The same situation what has been followed in the National Elections as well as in the Assembly elections.

The clock has touched 8 AM and the counting has begun. Now, in the next couple of hours, we will know what is the situation in India's democracy.

Can Naveen Patnaik avoid his father, Biju's fortunes when he lost from all four seats?

For the first time,Naveen Patnaik is going to contest from two seats in Bijepur and Hinjili.

According to Surendra Kumar, the Chief Electoral Officer in Odisha, the counting will be done in 63 centres in 22 districts of Odisha.

Any chance for the Congress?

The Congress won the second-most seats in the 2014 Assembly Elections. However, looking at the current status of the Congress, it will be a big deal if they can maintain their previous mark.

There are just 30 minutes left for the mega countdown. India and Odisha will be waiting with bated breath.

Naveen Patnaik is also being touted as a potential leader in the third front. If both the BJP and the Congress fall short, will he play a major role in the Mahagatbandhan? 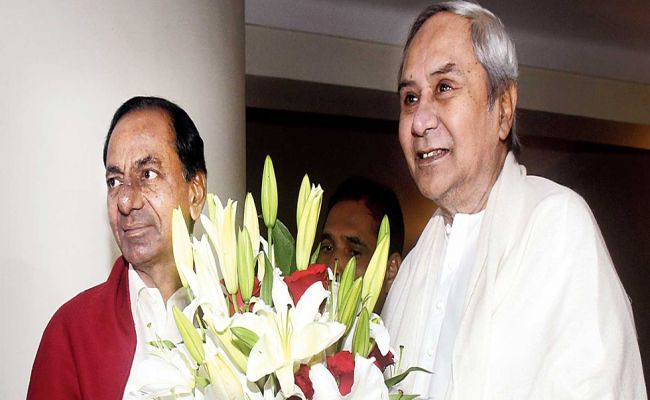 Naveen Patnaik has been at the helm in Odisha ever since 2000 and he has described himself as equidistant from both the BJP and the Congress. He has said he will ally with any party that gives priority to Odisha's development.

What will be the political equation in places like Puri, Bhubaneswar and Cuttack, the places that were hurt the most in Cyclone Phani? Many are predicting that the BJD and the BJP will be in a tight contest and that the Congress might not make an impact.

Can the BJP improve their Assembly tally as well as their Lok Sabha numbers in 2019? In the 2014 Lok Sabha Elections, the BJP had won just one Lok Sabha seat.

How will the BJD fare in the aftermath of Cyclone Fani in Odisha? The storm claimed 64 lives but it resulted in massive destruction of property especially around the coastal belt.

Naveen Patnaik, Chief Minister of Odisha, is seeking a record fifth term in office. Patnaik contested from two seats for the first time in this assembly election - Hinjili, his home turf in south Odisha from where he has been winning since 2000, and Bijepur in west Odisha. This time, he looks good to continue the winning run.

Odisha voted in the first four phases i.e. on April 11, 18, 23 and 29 for Lok Sabha as well as Assembly. Kalahandi, Koraput, Berhampur and Nabrangpur voted on April 11 whereas the voters in Sundargarh, Bargarh, Aska, Kandhamal and Bolangir used their franchise on April 18. Six seats namely Puri, Cuttack, Dhenkanal, Keonjhar, Sambalpur and Bhubaneswar casted their vote on April 23 while voting was held in Jajpur, Kendrapara, Jagatsinghpur, Balasore, Bhadrak and Mayurbhanj on April 29.

In the 2014 Assembly elections in Odisha, the BJD performed brilliantly by winning 117 out of the 147 seats while the BJP won just 10. In this election, it is expected that the BJD will once again win plenty of seats but the Bharatiya Janata Party is expected to make a significant dent.

It is D-Day not just in Indian democracy but it is also a huge day for Odisha. The Assembly elections were held in four stages and it was held simultaneously during the national elections. Odisha has 147 seats in the Assembly and it is expected that the Biju Janata Dal's Naveen Patnaik is expected to perform well.