Earlier, The Congress Party Had Announced A List Of Five Candidates For Ensuing Bypolls To The Legislative Assembly Of Uttar Pradesh.

The Samajwadi Party on Friday announced the names of two candidates for the upcoming Uttar Pradesh Assembly bypolls. According to the list announced by the party, Major Ashish Chaturvedi will contest from Lucknow Cantt, whereas Samrat Vikas will fight from Govindnagar, Kanpur. 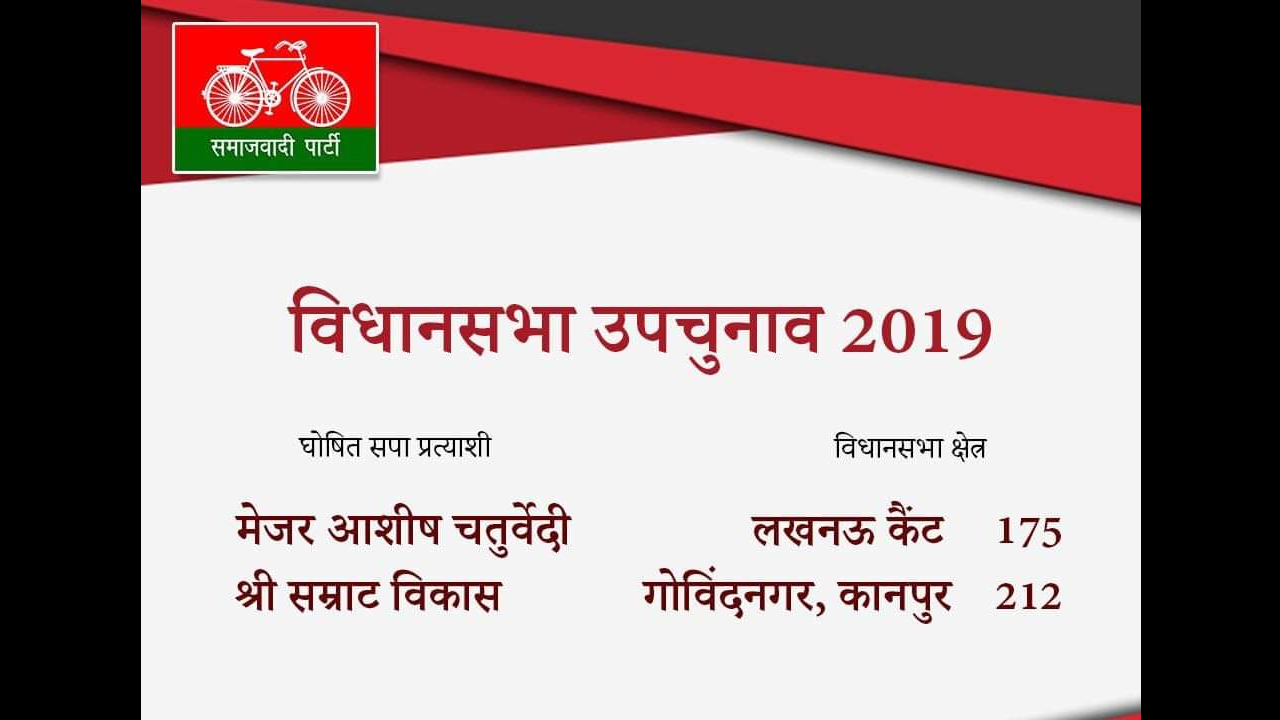 The Congress has fielded Devti Karma as its candidate from Dantewada-(ST) constituency.  In Uttar Pradesh, the party fielded Nauman Masood from Gangoh, Dilpreet Singh from Lucknow Cantt, Ranjana Pandey from Manikpur, Neeraj Tripathi from Pratapgarh and Tanuj Punia from Zaidpur.