MG Motor India President And Managing Director Rajeev Chaba Claimed The Vehicle Has Been Tested Successfully Through Mud And Over Rough Terrain And Different Weather Conditions For A Hundred Thousand Kilometers.

Morris Garages has unveiled the production-spec version of electric compact SUV - ZS. The British auto brand is leaving no stone unturned in creating a hype around the electric vehicle which is slated to be launched in January 2020. There is hardly any competition in India when it comes to electric vehicles, but the China-based SAIC Motor-owned British carmaker is still working on making the model the best in its class. This is only the second electric vehicle, after Hyundai’s Kona, to be launched in the Indian market. The ZS EV, the 'pure electric internet SUV', has been especially modified to make it compatible for Indian roads. MG Motor India President and Managing Director Rajeev Chaba claimed the vehicle has been tested successfully through mud and over rough terrain at different weather conditions for a hundred thousand kilometers. The vehicle will be initially available in five cities - Delhi/NCR, Mumbai, Hyderabad, Ahmedabad and Bangalore - and sales will start in January 2020.

Adopting a very unconventional way of promotion, MG Motors has urged car-lovers to go for both technical specifications and, most importantly, its pollution-curbing features. Apart from being the largest and spacious, as claimed by the company, the vehicle is said to be the best electric vehicle in B-segment. At the unveiling event, Chaba claimed that the EV ZS is 'efficient, comfortable, reliable and affordable.' However, only the time would tell how affordable India's first pure electric internet SUV is going to be as the company is yet to disclose the price. Though, reports suggest that it would be priced in the range of Rs 20 lakh to Rs 25 lakh.

The MG ZS EV variant, which will be available only in India, is powered by a 44.5 kWh liquid-cooled lithium-ion battery pack with the IP67 motor which is powerful enough to touch 0-100 kilometres per hour (kph) in just 8.5 seconds. The vehicle is powered by a synchronous motor that belts out 143 PS power and 353 Nm of peak torque. The battery pack comes with IP67 protection which makes it water-resistant up to level of 1 metre and also dust protection. Batteries have been designed to offer thermal management for Indian cities where temperatures can go up to 50 Degrees Celsius during a hot summer afternoon. The ZS electric SUV is claimed to offer a ride of up to 340km on one full charge and it is ARAI certified range. 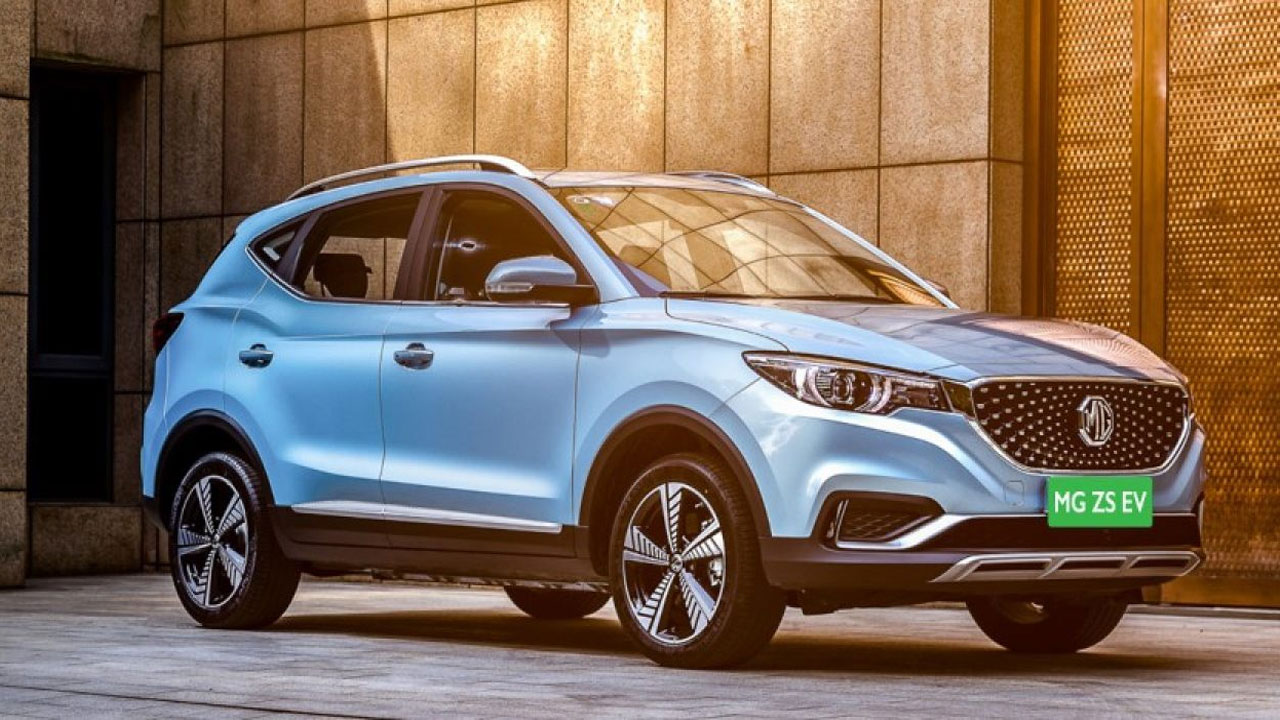 7.4 kW AC home charger for daily or overnight charging. It can fully charge your vehicle in 6-8 hours.

The battery of EV ZS is reusable as it would still retain enough capacity to service second life functions. MG Motor India has partnered with Exicom Tele-Systems for this purpose.

‘Where and how I will charge my ZS EV?’ is something that would come to the mind of every individual before buying this electric vehicle. To address the key concern of the customers, MG Motor has partnered with EXICOM and Delta Electronics to develop an ecosystem for charging. MG Motor is offering a 5-way charging infrastructure with the electric vehicle. These are:

- An onboard charging capable will be provided with every ZE EV that can be simply plugged in any standard three-pin 15 Amp power socket.

- 7.4 kW AC home charger for daily or overnight charging. It can fully charge your vehicle in 6-8 hours.

- 50 kW DC fast charger is being installed at select dealership across the country and will be available for the customers 24X7. It is capable of charging ZS EV to 80 per cent in less than an hour.

- The carmaker is setting up an extended charging network along key routes in satellite cities.

- The company will also provide ‘charge on the go’ facility – a roadside assistance programme to help charge your car when it is running out of charge at some deserted location. 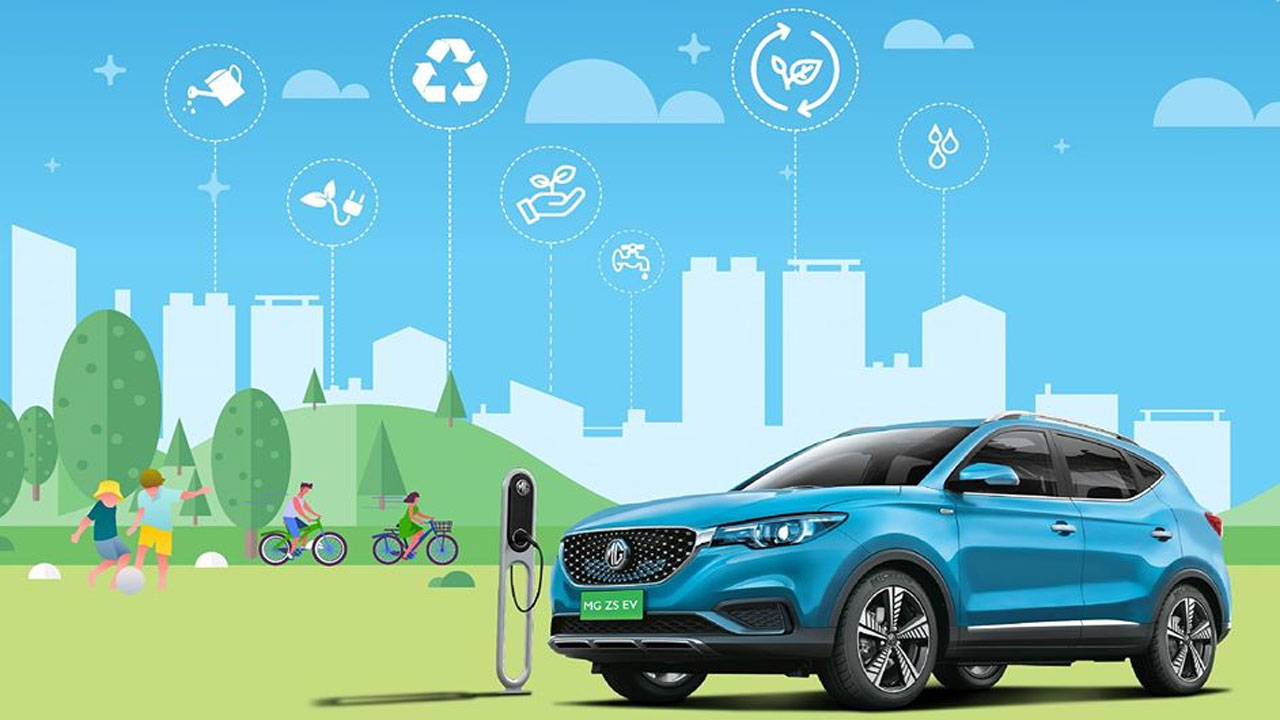 As mentioned in the beginning, ZS EV is an internet SUV that is enabled by iSmart EV 2.0 and the company claims that this system is better than the Hector, the first vehicle of MG Motor that made inroads in India earlier this year. This comes with internet car features enabled by CISCO, unlimit, Airtel, Microsoft, NUANCE, gaana, OTA, TOMTOM, and AccuWeather. MG Motor claims that ZS EV would be equipped with never seen before features but that are essential for driving an electric car. It connects to external Wi-Fi connections, including your home network and mobile hotspot. The other key features are a CO2 saver display, charging station finder with voice support, real-time car charging status. It also has an inbuilt PM 2.5 air filter that can bring bad air quality level of up to 300 AQI down to regular levels in just 35 mins. ZS comes with a sky roof, much bigger than the panoramic roof.

In terms of dimension, the ZS EV is 4314 mm long, 1809 mm wide, and 1620 mm tall. The wheelbase of this electric vehicle is 2579 mm, which means it will have a decent space to offer. On the design front, it has a bold and distinctive styling than can catch several eyeballs. It has a blacked-out, boat-shaped front grille with 'MG' logo at the centre and charging port behind it. LED DRLs, creases on the bonnet, silver-toned roofrail, plastic cladding on the lower half of the SUV, and side profile are some of the things that give a very upmarket feeling.

In the interiors, the sub-4.5 metre SUV has an 8-inch touchscreen infotainment system, USB mobile charging function, a flat-bottomed steering wheel, Bluetooth functionality, and rearview parking camera among others.