Her Decision To Not Address The Crowd Prompted JNUSU Student Leader Aishe Ghosh To Comment, When You Are In A Position, You Should Speak Up.

Actor Deepika Padukone on Tuesday reached the Jawaharlal Nehru University (JNU) to show her solidarity towards the students of the varsity, two days after 34 people were injured in a clash with the students of the JNUSU and ABVP. Her decision to not address the crowd prompted JNUSU student leader Aishe Ghosh to comment, "when you are in a position, you should speak up".

The 34-year-old actor is in the capital to promote her upcoming release, Meghna Gulzar-directed "Chhapaak". A masked mob armed with sticks and rods on Sunday attacked students and teachers and damaged property on the campus, injuring at least 34 people.

On Monday, Deepika told NDTV that it was heartening to see people come out and raise their voice without fear. 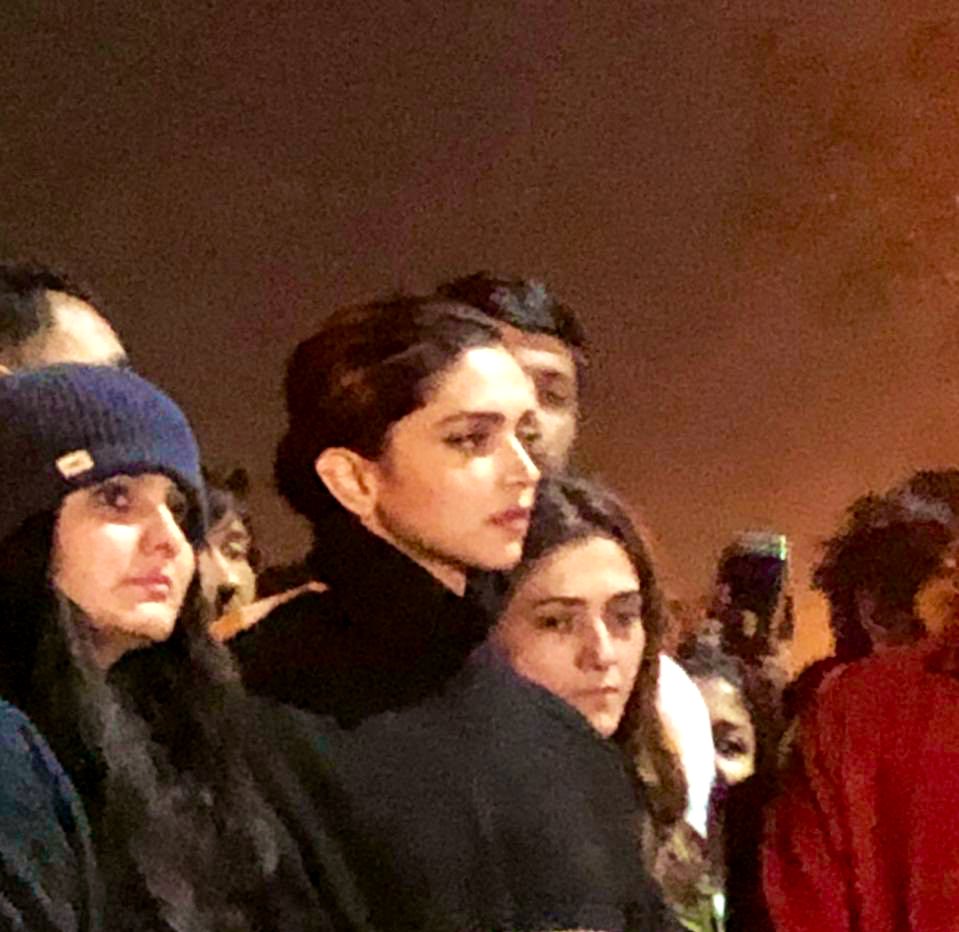 “I feel proud to see that we aren’t scared to express ourselves... I think the fact that we are thinking about the country and its future.... Whatever may be our point of view, it’s nice to see,” NDTV quoted as Deepika as saying. 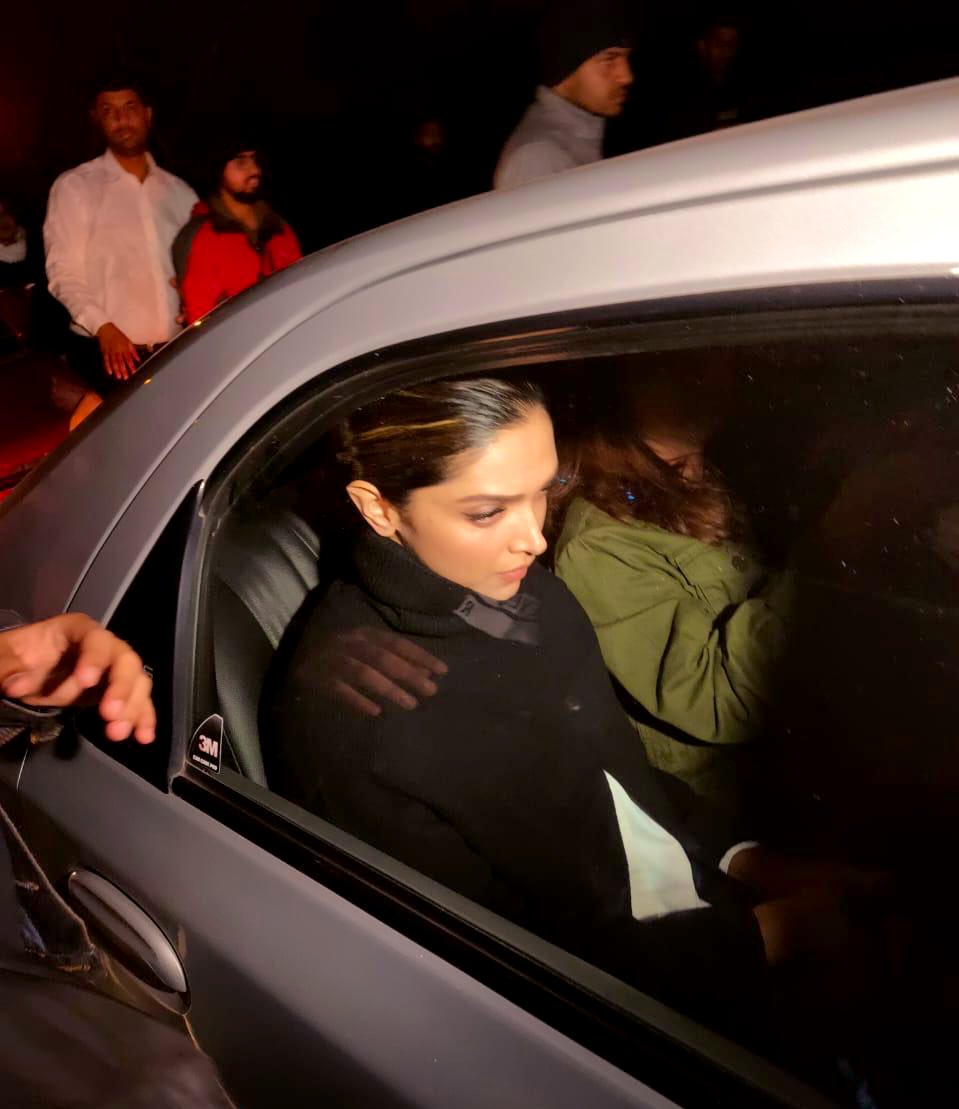 “I feel proud about it that people are coming out -- be it on the streets or wherever they are -- they are raising their voice and expressing themselves as it is important. If we want to see change in life and society, it is important that a point of view be put forward,” she said. 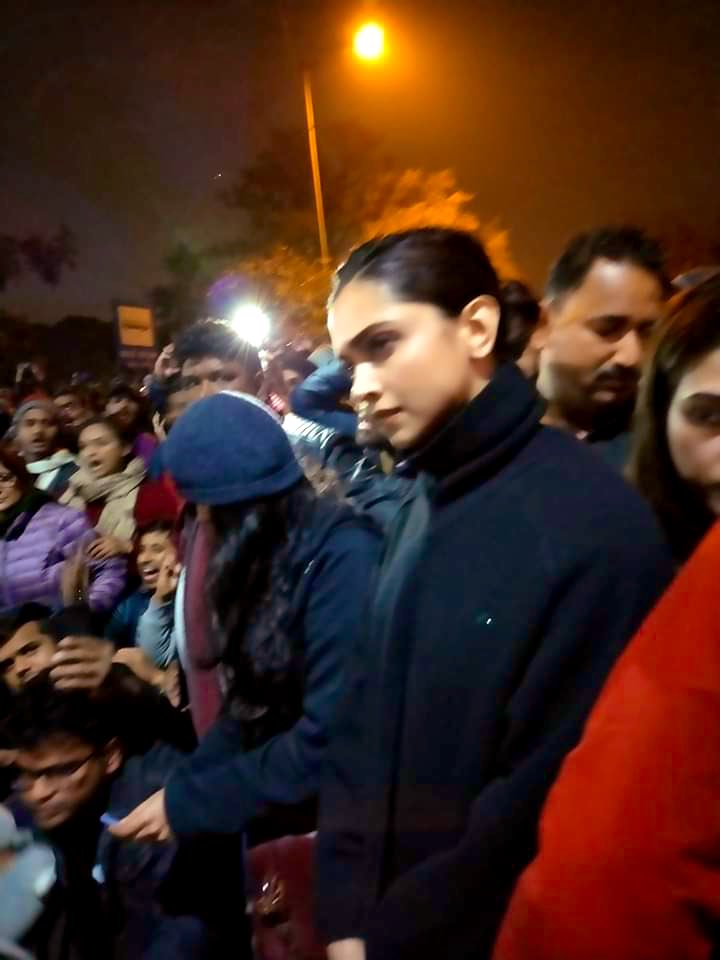 Demanding boycott of her movie, spokesperson of the Delhi Unit of the BJP Tajinder Pal Singh Bagga tweeted: "RT if you will Boycott Movies of @deepikapadukone for her Support to #TukdeTukdeGang and Afzal Gang."

RT if you will Boycott Movies of @deepikapadukone for her Support to #TukdeTukdeGang and Afzal Gang pic.twitter.com/LN5rpwjDmT

On Monday night, a slew of Bollywood celebrities such as directors Vishal Bhardwaj, Anurag Kashyap, Zoya Akhtar and actors Taapsee Pannu and Richa Chadha turned up at Carter Road in Mumbai in solidarity with those protesting against the violence at the JNU.

HRD Ministry officials will meet JNU Vice Chancellor M Jagadesh Kumar on Wednesday over the violence on campus by a masked mob and other issues affecting the normal functioning of the varsity.

Under fire from students and faculty members for not doing enough when they were brutally attacked on campus, Kumar urged students to put the past behind and return to the varsity's premises.

"The vice chancellor will be meeting the senior officials tomorrow at the ministry," an official said.

On Monday, a team of top officials including the registrar had visited the ministry and updated the top brass about the situation on campus besides submitting a detailed report of the sequence of events that transpired on campus on Sunday. However, Kumar was not present at the meeting.

"A detailed report has been sent to the HRD Ministry about the sequence of events. The top administration officials are at the ministry to provide all details leading to present situation," he had told PTI.

Violence broke out at the Jawaharlal Nehru University on Sunday night as a group of masked people armed with sticks attacked students and teachers and damaged property on the campus, prompting the administration to call in the police.

Many sustained injuries and were admitted to AIIMS Trauma Centre here. They were discharged on Monday. JNU Students' Union president Aishe Ghosh suffered a head injury. The Left-controlled JNUSU and the ABVP blamed each other for the violence that continued for nearly two hours

The ministry had on Sunday sought an immediate report from JNU Registrar Pramod Kumar after the violence broke out and students and teachers were attacked. Union HRD Minister Ramesh Pokhriyal 'Nishank,' who was in Bhubhaneshwar, on Monday said educational institutions cannot be allowed to become "political adda" and vowed "strong action" against the perpetrators of the violence at JNU.