MP Godara Had Gone Inside The Building To Check If Anyone Was Trapped.

A CISF sub-inspector died due to suffocation in theÂ fire that broke out on the fifth floor of the Pandit Deendayal Antyodaya Bhawan at the CGO Complex early Wednesday morning. Identified as MP Godara,Â the CISF personnel was a native of Churu in Rajasthan. He had gone inside the building to check if any one was trapped, but he fainted and was rushed to AIIMS. However, doctors failed to revive him.Â The fire department got a call around 8.34 am and as many as 24 fire tenders were rushed to the spot to douse the blaze. The fire started at the Office of the Ministry of Social Justice'sÂ Department of Empowerment of Persons with Disabilities and quickly spread. Pandit Deendayal Antyodaya Bhawan is an 11-storeyed building and houses theÂ Ministry of Environment, Forest and Climate Change. It was earlier known as theÂ 'Paryavaran Bhawan'.Â High rise cranes were used in the firefighting operations.

A CISF sub-inspector fell unconscious after inhaling the smoke and was taken to AIIMS, but he's safe now, they said, adding fire department personnel are trying to douse the flames, as reported by news agencyÂ PTI. 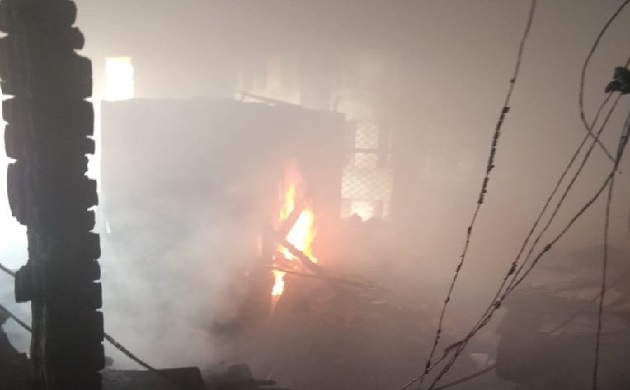 On January 12, a fire had erupted on the first floor of the B block of the GCO complex because of a short circuit. At that time, 18 fire tenders were rushed to the spot and the fire was controlled within an hour.Â