9 am or 9 pm? Delhi wakes up to overcast skies, heavy downpour

After the overnight rains, Delhi woke up to a nippy morning on Tuesday. With heavy overcast skies, people were forced to drive with their headlights on. The met department had predicted heavy rain for two days. On Monday also, several parts of the National capital Region received thundershowers. With intermittent rain throughout the night, the temperature has dipped considerably. The good part about the sudden change in the weather is that the Delhi air has become relatively clean. Major pollutants such as PM 2.5 and PM 10 were recorded in the 'poor' category in the area around the Indira Gandhi International Airport's T3, according to the Air Quality Index (AQI) data.

This is a 9 am visual in Noida. (Photo: News Nation)

The weekday rains come a day after Delhi recorded the warmest January day since 2012.On Sunday, the minimum temperature was recorded at 11.5 degrees Celsius, four notches above the season's average while the maximum temperature was 22.6 degrees Celsius, a notch above the season's average. Meanwhile, the Safdarjung observatory, the recording of which is considered official for the city, recorded 1.2 mm rainfall between 8.30 am and 5.30 pm on Monday. Palam recorded 2.8mm, Lodhi Road 0.8mm, Ridge area 0.6mm and Ayanagar 0.6mm rainfall respectively. Humidity oscillated between 98 and 66 per cent. The weatherman had forecast generally cloudy sky for Tuesday with the possibility of light to moderate rain/thundershowers and isolated hailstorm. There will be gusty winds through the day with the maximum and minimum temperatures likely to be around 20 and 11 degrees Celsius respectively. 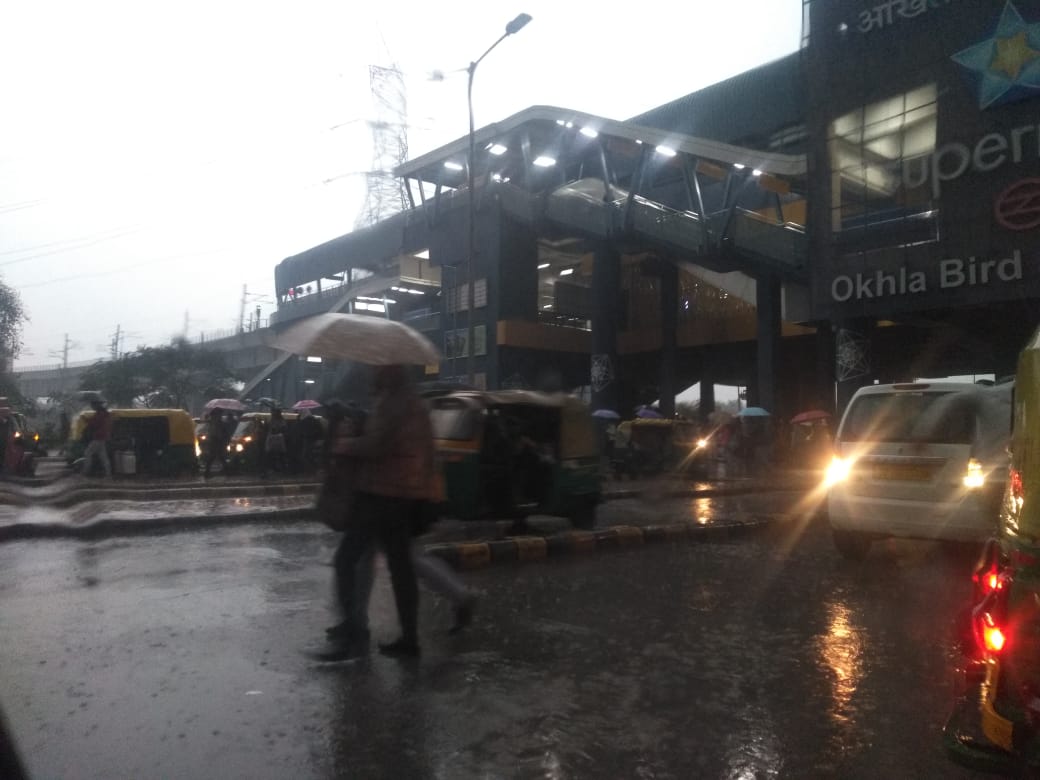 There are also reports that two people were killed due to heavy rains on Monday. Two workers were killed and another was injured after the wall of a warehouse collapsed on them apparently due to rain in Delhi's Najafgarh on Monday, the Delhi Fire Service (DFS) said. The deceased have been identified as Jasvir (20) and Karim (25), both residents of Bulandshahr in Uttar Pradesh. A 21-year-old man named Sonu was injured in the incident, police said. According to police, the wall that divided two godowns was constructed three years ago. There were about 10 workers in the scrap godown at the time of incident, the police official added. A case has been registered under relevant sections of the Indian Penal Code, police said.