Speaking To PTI After Shooting Off A Letter To Delhi Police Chief Amulya Patnaik, Gujral, The Son Of Former Prime Minister IK Gujral, Said That Minorities In Certain Parts Of Delhi Are "frightened".

Shiromani Akali Dal (SAD) MP Naresh Gujral said on Thursday that the Delhi Police's “inaction” towards protecting the lives and properties of minorities in the national capital is a “reminiscent” of the 1984 anti-Sikh riots. The lawmaker, whose party is a BJP ally, said no one wants a repeat of what happened in 1984.

Speaking to PTI after shooting off a letter to Delhi Police chief Amulya Patnaik, Gujral, the son of former prime minister IK Gujral, said that minorities in certain parts of Delhi are "frightened".

“Because their lives and properties have not been protected by the Delhi Police, which is very similar to what we saw in 1984. It's shocking.”

In his letter, which has also been marked to Union Home Minister Amit Shah and Delhi's Lieutenant Governor Anil Baijal, the MP has slammed the Police for allegedly not acting on his call on Wednesday, informing them that a group of 16 people from the minority community was trapped in a house surrounded by rioters and needed help. 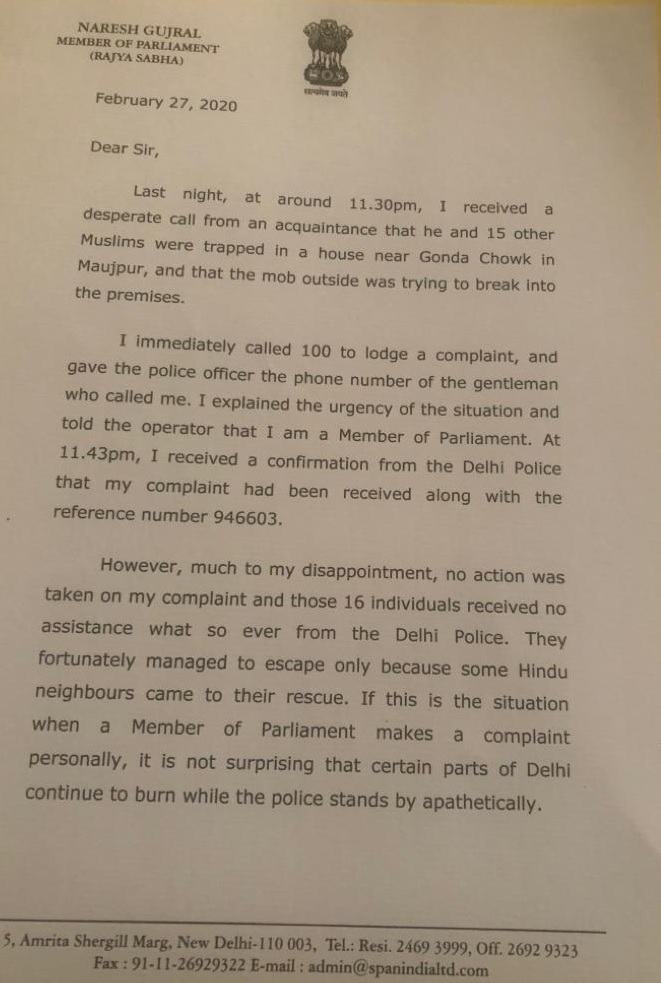 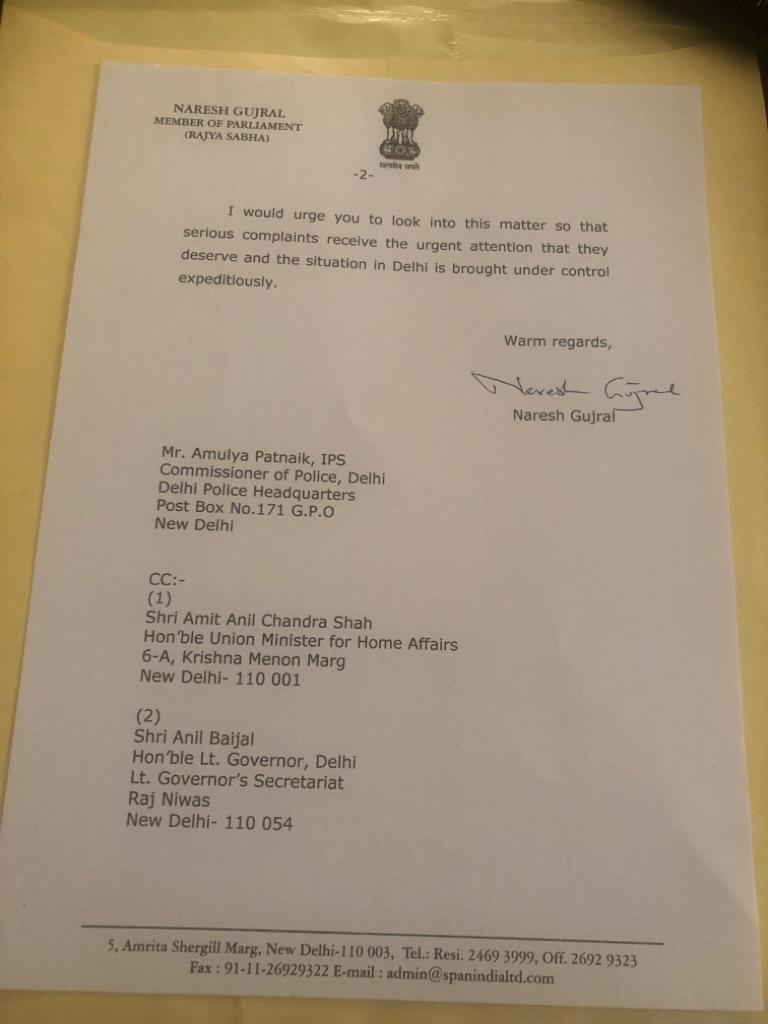 “When a member of parliament's complaint is not paid heed to, one can imagine the plight of the common man. No sane Indian wants a repeat of 1984,” Gujral said.

In the letter, he has said that at around 11:30 pm on Wednesday, he received a call from an acquaintance from the minority community that he and 15 others were trapped in a house near Gonda Chowk in Maujpur and a mob was trying to break in.

Gujral said he called the police for assistance and introduced himself as a member of parliament, and hoped that the distressed people would have got help.

“However, much to my disappointment, no action was taken on my complaint and the 16 individuals received no assistance from the Delhi Police. They fortunately managed to escape only because some Hindu neighbours came to their rescue.

“If this is the situation when a MP makes a complaint personally, it is not surprising that certain parts of Delhi continue to burn while the police stand by apathetically,” he wrote in his letter to the Delhi police chief.