The Government Also Introduces Waiting Charge At The Rate Of Rs 0.75 Per Minute If An Auto Is Caught Up At A Traffic Signal. Luggage Charges Will Be Rs 7.50.

The hike in auto-rickshaw fares in Delhi came into force on Tuesday. Under the revised rates, the metre down charge will be Rs 25 for the first 1.5 km, instead of existing 2 km. The per kilometre charge has been increased from existing Rs 8 to Rs 9.5, which is a hike of around 18.75 per cent. The government also introduces waiting charge at the rate of Rs 0.75 per minute if an auto is caught up at a traffic signal. Luggage charges will be Rs 7.50.

The revised auto-rickshaw fares entail an 18.75 per cent increase. The move will impact owners and drivers of over 90,000 auto-rickshaws plying in the National Capital, who had played a crucial role in the rise of the Arvind Kejriwal-led party. 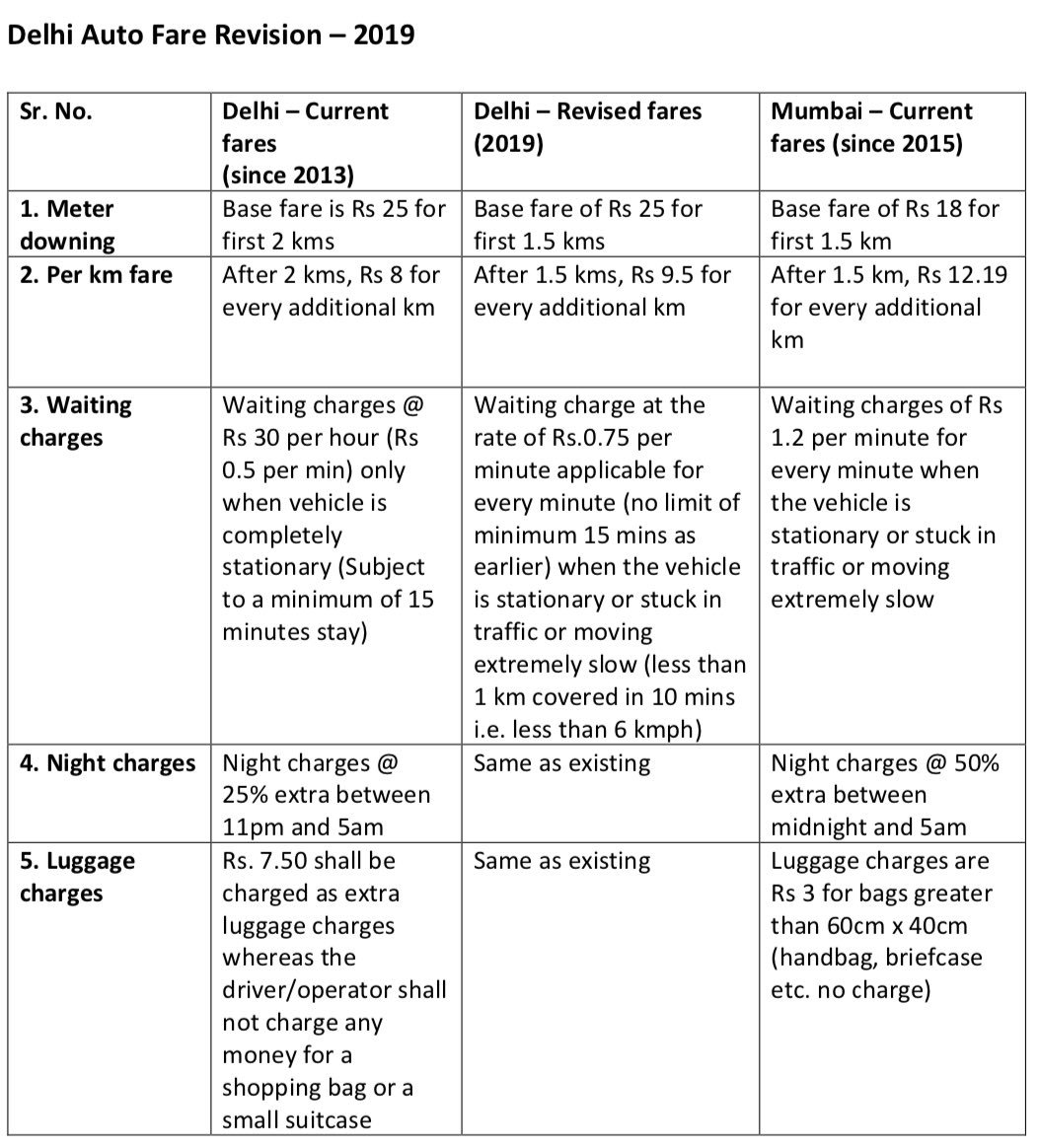 On June 13, Delhi Transport Minister Kailash Gahlot had notified the change in fares. However, he was quick to mention that despite the increase, the auto-rickshaw fares in Delhi will be lower than other metro cities.

"Auto-rickshaw drivers will be able to charge the revised rates after necessary re-calibration of fare meters. It will take around 1.5 months for re-calibration of meters in over 90,000 autos registered in Delhi," said a senior Transport Department official.

Finally, it was issued on approval of Gahlot, following a Law Department opinion that the Lt Governor's nod was not needed for it. Sources claimed that the approval of the STA, set up under the Motor Vehicles Act, was now needed for implementation of the revised auto-rickshaw fares. The panel is headed by the transport commissioner, and includes two legislators and a Traffic Police officer as members.