Sources Say That Initial Probe By The Delhi Police Has Revealed That Shooter Is A Resident Of Jewar In Uttar Pradesh.

The shooter was practically giving live updates on on his Facebook profile before the dastardly Jamia attack (Photo Credit: Facebook)

The man who shot at Jamia students on Thursday was a resident of Uttar Pradesh’ Jewar and travelled all the way to Jamia Nagar in Delhi to carry out one of the most shocking cases of shooting in recent past. His Facebook profile shows that the Thursday firing was a well-thought plan. In fact, before he shot at the protesters outside Jamia Millia Islamia, he went live on Facebook to register his presence. He was practically giving live updates on his Facebook profile before the dastardly attack. Many of his ‘friends’ congratulated him for the attack. One hailed his shocking act saying, “Aa gye bhai ap news me or Maine pehchan liya, bahut badhiya se dena aazadi (I have recognised you, brother. Very good).” 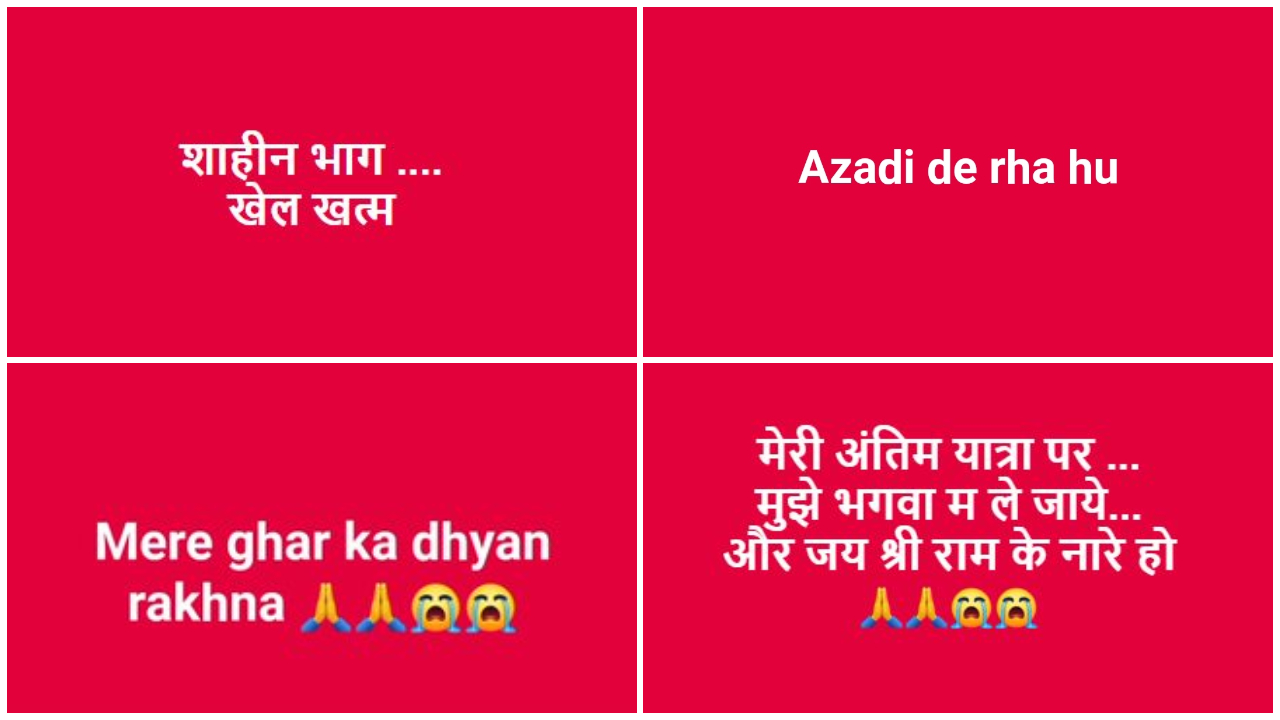 From ‘Game over, Shaheen Bagh’ to ‘Chandan Bhai, this is for you’, his Facebook profile clearly shows what was he thinking. For those who don’t know, Chandan Gupta was a VHP worker who was killed during ‘Tiranga’ rally in UP’s Kasganj. The Jamia attack planning was to such an extent that he announced on Facebook that no one should call him.

Sources say that initial probe by the Delhi Police has revealed that he is a resident of Jewar. His father runs a small pan shop in Jewar. His Facebook profile also shows his love for guns and swords. In several pictures, the teenager can be seen posing with a double-barrel gun.

Meanwhile, a student from Jamia Millia Islamia was injured when a man opened fire at a group of protesters on Thursday afternoon and shouted "Yeh lo azaadi", triggering panic in the city's Jamia area, eye-witnesses said. According to the Indian Express report, the injured student has been identified as Shadab who hails from Jammu and Kashmir and is studying mass communication.

"We were moving towards the Holy Family Hospital where the police had raised barricades. Suddenly, a gun-wielding man came out and opened fire. One bullet hit my friend’s hand," Aamna Asif, a student of economics at the university, told news agency PTI.