Kapil Baisala Is Not A Member Of AAP: Shaheen Bagh Shooter's Father

BJP Members Had Also Met Me On An Earlier Occasion, Gaje Singh Claimed

Kapil Baisala has no association with the Aam Aadmi Party (AAP), the Shaheen Bagh shooter's father Gaje Singh claimed on Wednesday, a day after police said the 25-year-old is a member of the ruling party in Delhi. Police had also said that Baisala and his father had joined the AAP in early 2019. Baisala had fired two rounds in the air at Shaheen Bagh, the epicentre of anti-CAA protests here, on February 1 and was arrested. Gaje Singh, a resident of Dallupura village here, said he was a member of the Bahujan Samaj Party (BSP) but left politics after losing in the 2012 municipal polls here.

He asserted that he had no association with the Arvind Kejriwal-led AAP. Gaje Singh had also fought the 2008 Delhi assembly elections on a BSP ticket from Jangpura, but lost. "There was an event during the previous Lok Sabha elections where people from Dallupura were invited. I went there along with my son.

"We were welcomed by AAP leaders and they put a cap on our head as a welcome gesture. This doesn't mean we are AAP members," Singh said. He said, "I fought elections in 2008 from Jangpura and then municipal elections in 2012 but later I eventually left politics."

BJP members had also met me on an earlier occasion, Gaje Singh claimed. After the 2012 elections, Singh was active as the BSP's east district president, family members said. Gaje Singh has three brothers and they are all into the family-owned dairy business. He has one dairy in Dallupura and another at Badarpur where Baisala used to work.

"This is a village and during elections many politicians come and invite the youth and families. Many people from the village went to the (AAP) event so Gaje Singh and Baisala were also there. "Political parties keep campaigning in villages and when villagers visit their event, they click photos with leaders," Baisala's uncle Fateh Singh said.

The AAP is the ruling party in Delhi and there are so many traders, businessmen, builders and others who keep going to its events. "That doesn't mean they have become AAP members," he said. Baisala's family members said if the AAP had "recruited" Gaje Singh and him, there should be joining letters and proofs of the same. They also claimed that there was no proof on the AAP's social media accounts or letters that Gaje Singh and Baisala were its members.

"He (Gaje Singh) is a much senior person than Kejriwal and was associated with the BSP for about a decade. When he fought elections, Kejriwal's party didn't even exist," Fateh Singh said. As per Gaje Singh's affidavit with the Election Commission, he has two houses in Modinagar worth Rs 31.50 lakhs. 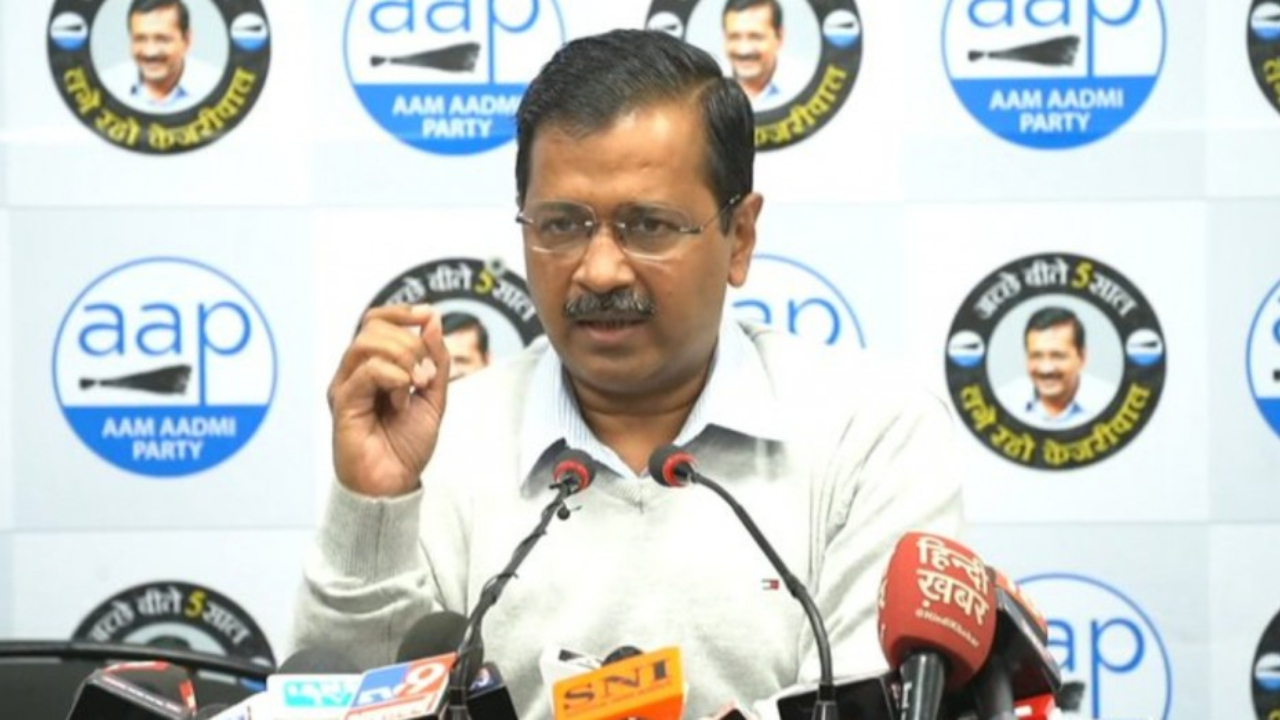 After the attack, the BJP hadaccused Arvind Kejriwal of 'playing' with the security of the country. (AAP/Twitter)

He also owns a plot in Ghaziabad worth Rs 1.6 crores and has two cars and five motorcycles. In addition to that he has other investments of Rs. 10 to 15 lakhs, as per the affidavit. Singh who has declared his profession as a farmer and has no criminal cases against him, it states.

The family claimed that Singh had gradually withdrawn from politics and none of his brothers or uncles have any association with any political party. Baisala' family owns a small real estate firm "Jay Properties" in Dallupura. Kishan Singh, a village resident said, "Gaje Singh used to be a part of the BSP and we remember we even campaigned for him when he fought (municipal polls) from Dallupura. The BSP doesn't have much presence in Delhi and he lost. I don't think he is a part of AAP."