“Congress president has appointed Kirti Azad as the chairman of the DPCC campaign committee,” an official communication said. A three-time MLA from Kalkaji, Chopra is also a former Delhi Congress chief. He was also a speaker of the Delhi assembly earlier to which he was first elected in 1998 from Kalkaji.

Chopra was appointed the Delhi congress chief after its president Sheila Dikshit died here recently. Chopra will have the task of fostering unity in the party’s Delhi unit ahead of the crucial assembly elections here due early next year. 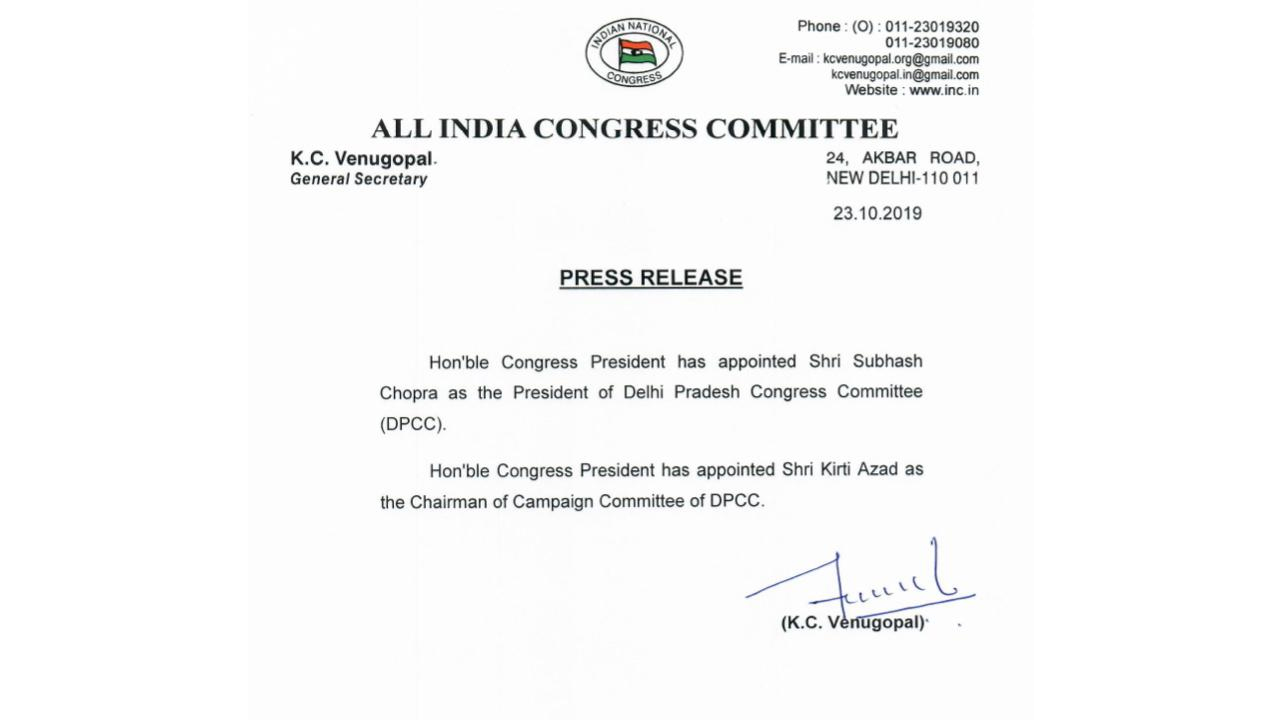 According to the sources, Congress president Sonia Gandhi zeroed in on Subhash Chopra after holding discussions with Delhi party leaders.

To discuss the post-poll scenario and other key political issues, Congress president Sonia Gandhi has set up a 17-member group which will meet on October 25. The meeting will happen after the Maharashtra and Haryana assembly election results are declared on Thursday.

However, AICC general secretary for East Uttar Pradesh Priyanka Gandhi Vadra is  not on the key group, the sources said. The party will also hold deliberations on the National Register of Citizens (NRC), which is a key issue in Assam after a large number of its citizens have been left out of it.

Some of the young leaders who are also part of the key group includes Randeep Singh Surjewala, Jyotiraditya Scindia, Rajeev Satav and Sushmita Dev.

Besides discussing the poll results outcome, the panel would discuss key issues to be taken up in the Winter Session of Parliament starting November 18 and other political issues to take on the Modi government.

The issue of joblessness, economic slowdown and distress sale of public sector undertakings would also be taken up and discussed during the meeting. The strategies would be discussed to “expose the government’s failure” in handling the country’s economy, the sources said.