In His Petition, Singh Has Said The Quality Of Air And Water In The National Capital Is Leading To A Reduction Of Life Span. The Plea Goes On To Say If That Is The Case, What Is The Purpose Of The Death Penalty.

One of the four convicts, Akshay Kumar Singh, moved the Supreme Court on Tuesday seeking review of its 2017 judgment handing down death penalty to all of them in the 2012 Nirbhaya gang-rape and murder case. The apex court, on July 9, 2018, had dismissed the review pleas filed by three other convicts in the case. Akshya, 31, who had not filed the review plea earlier with other three convicts, has now moved the apex court with the petition, his lawyer AP Singh said.

In his petition, Singh has said the quality of air and water in the national capital is leading to a reduction of life span. The plea goes on to say if that is the case, what is the purpose of the death penalty.

“Why death penalty? when age is reducing, it is mentioned in our Ved, Purans and Upnishads that in the age of Satyug people lived the life of thousand years. Even in Treta Yug a man used to live thousand years. In the age of Dwapar they used to live for hundreds of the years. But now it is Kalyug, in this era, age of human beings have reduced much. It has now come to 50 - 60 years, and rarely we listen of a person who is the age of 100 years,” the petition states. 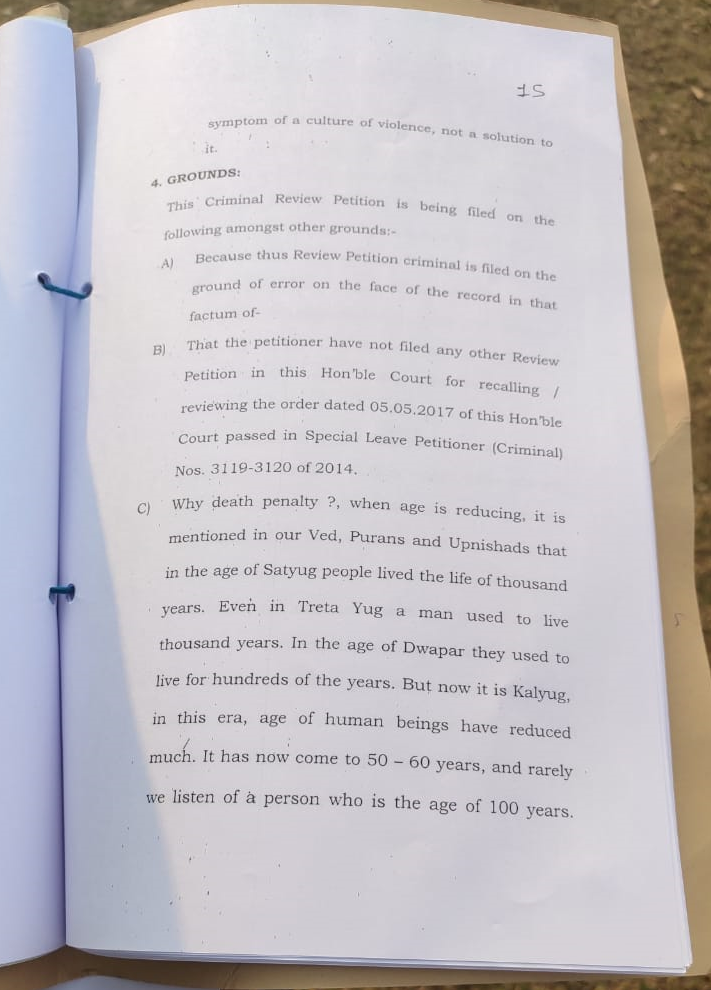 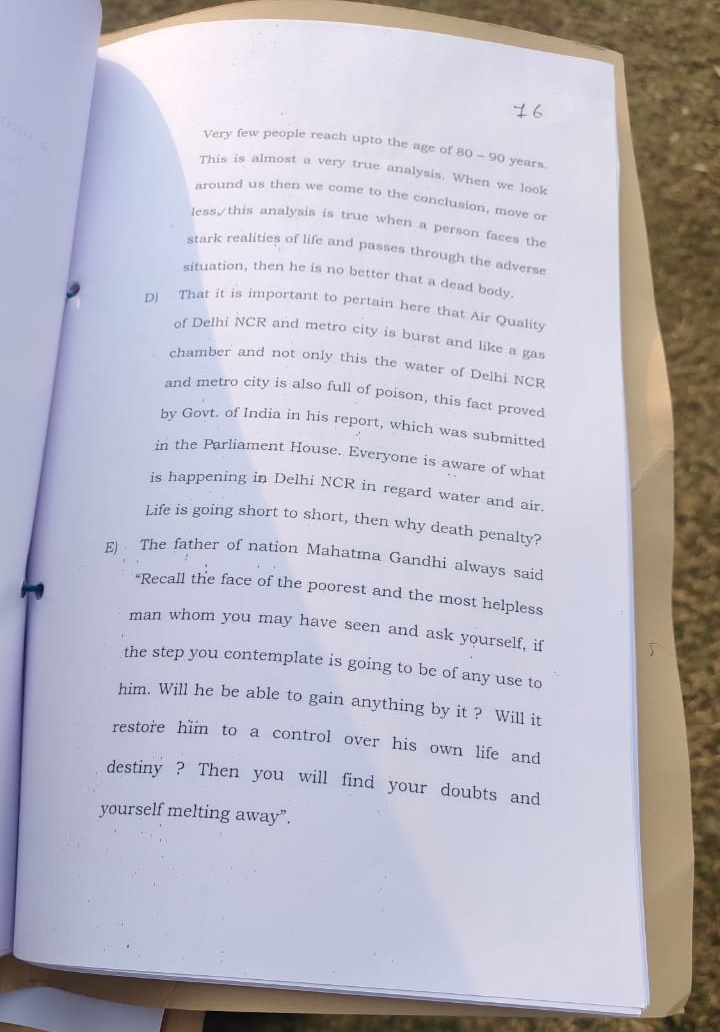 The 23-year-old paramedic student was brutally gangraped on the intervening night of December 16-17, 2012 inside a running bus in South Delhi by six people and severely assaulted before being thrown out on the road. She succumbed to injuries on December 29, 2012 at Mount Elizabeth Hospital in Singapore.

The top court had earlier dismissed the review pleas by Mukesh (30), Pawan Gupta (23) and Vinay Sharma (24), saying no grounds have been made out by them for review of the verdict.

The apex court in its 2017 verdict had upheld the capital punishment awarded to them by the Delhi High Court and the trial court in the case of gangrape and murder of the woman.

One of the accused in the case, Ram Singh, had allegedly committed suicide in the Tihar Jail here

A juvenile, who was among the accused, was convicted by a juvenile justice board. He was released from a reformation home after serving a three-year term.