An IPS Officer's Thumb Was Bitten By A Woman Protester When He Was Pushing Back Agitators, Who Were Trying To March Towards The Rashtrapati Bhawan Here On Thursday, Police Sources Said.

An IPS officer's thumb was bitten by a woman protester when he was pushing back agitators, who were trying to march towards the Rashtrapati Bhawan here on Thursday, police sources said. The protesters had gathered after a call was given by JNU Students' Union president Aishe Ghosh to march towards President's House to demand the removal of University's Vice Chancellor, M Jagadesh Kumar.

Ingit Pratap Singh, a 2011 batch officer, who is currently posted as the additional deputy commissioner of southwest district, was injured in the attack. 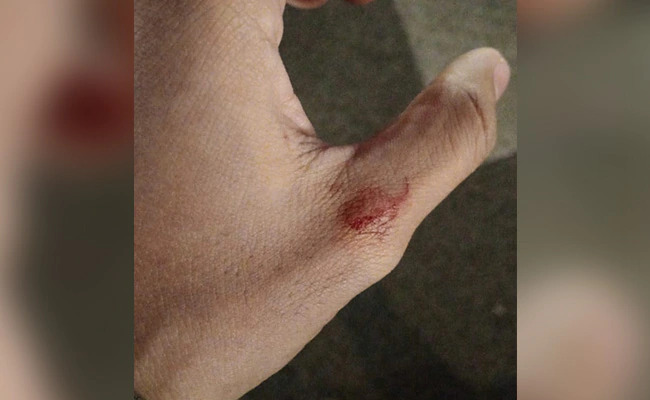 According to sources, Singh was trying to pull a male protester when the woman, in a bid to shield her friend, bit Singh's left thumb.

No Compromise Over Removal Of VC: JNUSU President Aishe Ghosh

JNU Students’ Union (JNUSU) president Aishe Ghosh on Thursday said the January 5 attack on students inside the university campus was a “traumatic” experience, which they will not forget till their last breath, while asserting that the students and faculty members will not relent till vice-chancellor M Jagadesh Kumar was sacked. A delegation of the JNUSU and the Jawaharlal Nehru University Teachers’ Association (JNUTA) met HRD Ministry officials on Thursday to put forth their demands.

The students, however, were not satisfied after the meeting and Ghosh gave a call for marching towards the Rashtrapati Bhawan. “We will not compromise with the HRD Ministry over the removal of the VC. It is still thinking whether the VC should be removed. “We will proceed with the march towards Rashtrapati Bhawan and appeal to the President, who is the visitor to the university, to remove the VC,” she said.