Peoples Democratic Partyâ€™s (PDP) Muzaffar Hussain Baig Said That The Problems Of Jammu And Kashmir Will Not Be Solved By Coercing PM Modi, Amit Shah.

Peoples Democratic Party’s (PDP) Muzaffar Hussain Baig has once again stepped out from his party’s line and said that the problems of Jammu and Kashmir will not be solved by coercing the prime minister, home minister or the National Security Advisor (NSA), and all talks had to be held in a “dignified and civilised manner”.

“My opinion is that if you want to talk about issues relating to people of Jammu and Kashmir, you will have to talk in a dignified and civilised manner. You can’t achieve anything by coercing the prime minister, home minister or NSA,” Baig was quoted by ANI as saying.

Baig also slammed PDP chief Mehbooba Mufti for her statement that 'no one will hold tricolour in J&K if Article 370 is tampered with'. “Statements like that resulted in the downgrading of J&K from state to Union Territory. That did not help us. That should not have been made,” he was quoted as saying by ANI.

Mehbooba Mufti, in 2017 when she was still Chief Minister of Jammu and Kashmir, had said many mainstream political workers in Kashmir, of PDP and National Conference, had been killed carrying the flag of India on their shoulders, but if Kashmir’s special status was tampered with, “is jhande [tricolor] ko kaandha dene waala koi nahi hoga Kashmir mein [there will be nobody to carry the Tricolor on their shoulders].”

Also Read: Delegation Of Ambassadors From 15-20 Countries To India To Visit J-K Soon

Former Jammu and Kashmir Minister Ghulam Hasan Mir on Wednesday praised the people of the valley for not going for violence after the abrogation of Article 370 and 35A. “There was not a bullet shot, there was no killing. Credit should go to people as well, they didn't go for violence. Now onus is on Central government to prove that Article 370 was barrier for development,” Mir said after meeting foreign envoys. 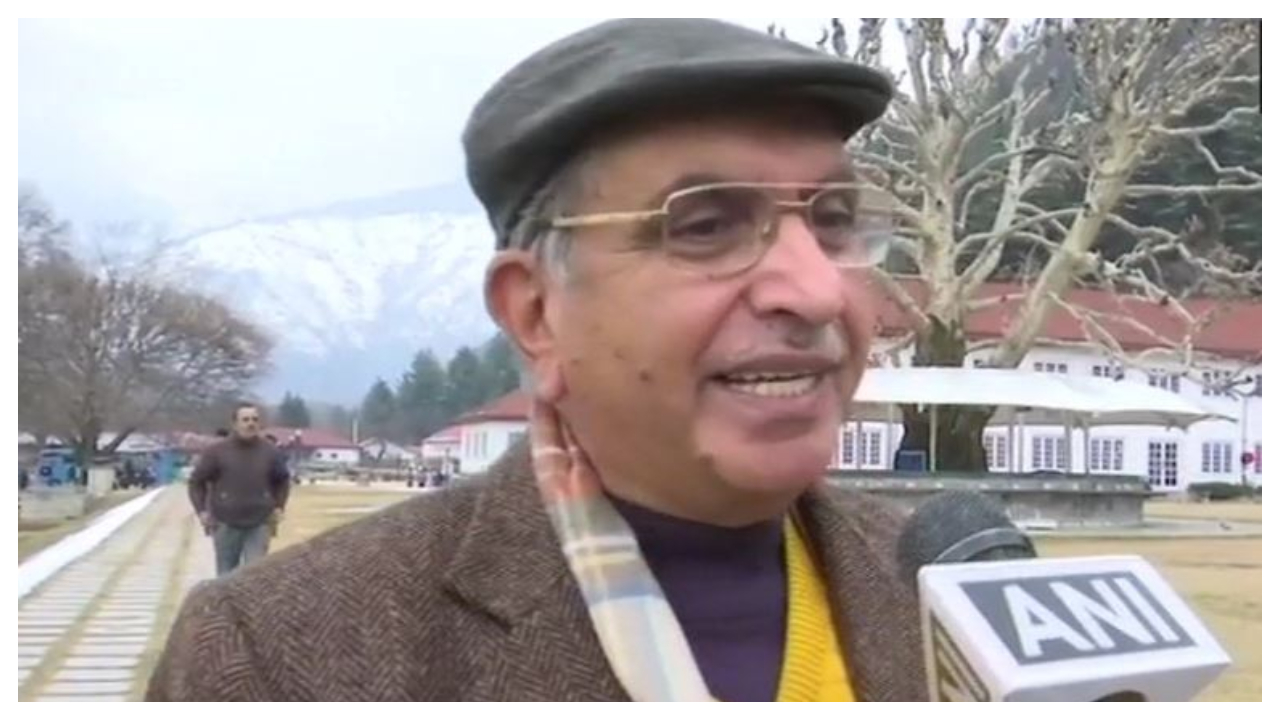 There was not a bullet shot, there was no killing. Credit should go to people as well: Ghulam Hasan Mir

SC Allows Mehbooba's Daughter To Meet Her In Kashmir

The Supreme Court on Thursday allowed former Jammu and Kashmir chief minister Mehbooba Mufti’s daughter to meet her in Kashmir, where she is under detention following the revocation of the state’s special status a month ago. A bench headed by Chief Justice Ranjan Gogoi allowed the PDP chief’s daughter Iltija to meet her after she submitted in court that she has no problem in going to their Srinagar home but has not been able to move freely in the city.  The bench, also comprising justices S A Bobde and S A Nazeer, noted that there was no problem in authorities permitting Iltija to travel from Chennai, where she is currently staying, to Srinagar to meet her mother.

As far as moving around in other parts of Srinagar goes, Iltija can do so subject to the permission from district authorities, the bench said in its order. It also allowed Iltija’s plea to meet her mother in private. A relieved Iltija said she will be finally meeting her mother thanks to the Supreme Court. “I feel a sense of relief that I will be able to see her. But my greater worry is that there seems to be no plan in place to end this siege that the state has witnessed for a month now,” she said.

BJP Has Ensured 'Kashmir-Like' Situation In Every Part Of India: Mehbooba Mufti

PDP president Mehbooba Mufti last month said people of the country need not visit Kashmir to experience the subjugation of the locals in the valley as the BJP has ensured that a “Kashmir-like” situation prevails in every part of India. “Fellow citizens don’t need to visit Kashmir anymore to witness their subjugation. BJP has brought Kashmir right to the doorstep of every Indian,” a tweet on Mehbooba Mufti’s twitter handle read. The twitter handle of the PDP president is being operated by her daughter Iltija Mufti after the former was placed under preventive detention hours ahead of the Centre abrogating Article 370 and bifurcation of Jammu and Kashmir into two union territories. Protests against the amended Citizenship Act are being held across the country ever since the bill was introduced in Parliament earlier this month.