Priyanka Gandhi Accuses UP Police Of 'Manhandling' Her, Gives Cops The Slip To Meet Activist's Kin

Congress national general secretary Priyanka Gandhi Vadra on Saturday accused Uttar Pradesh Police of 'manhandling' her as it tried to stop her from meeting families of those arrested during protests against Citizenship Amendment Act. A high-voltage drama unfolded on Saturday evening as Priyanka gave a slip to police to reach the residence of retired IPS officer SR Darapuri, arrested in connection with the recent anti-CAA protests. The 76-year-old cancer patient was taken into custody on charges of rioting.

The Congress general secretary claimed that the police tried to stop her, she was surrounded, held by the throat by a female cop and pushed by another female cop as she was walking towards Darapuri's residence in Indiranagar's sector 18. 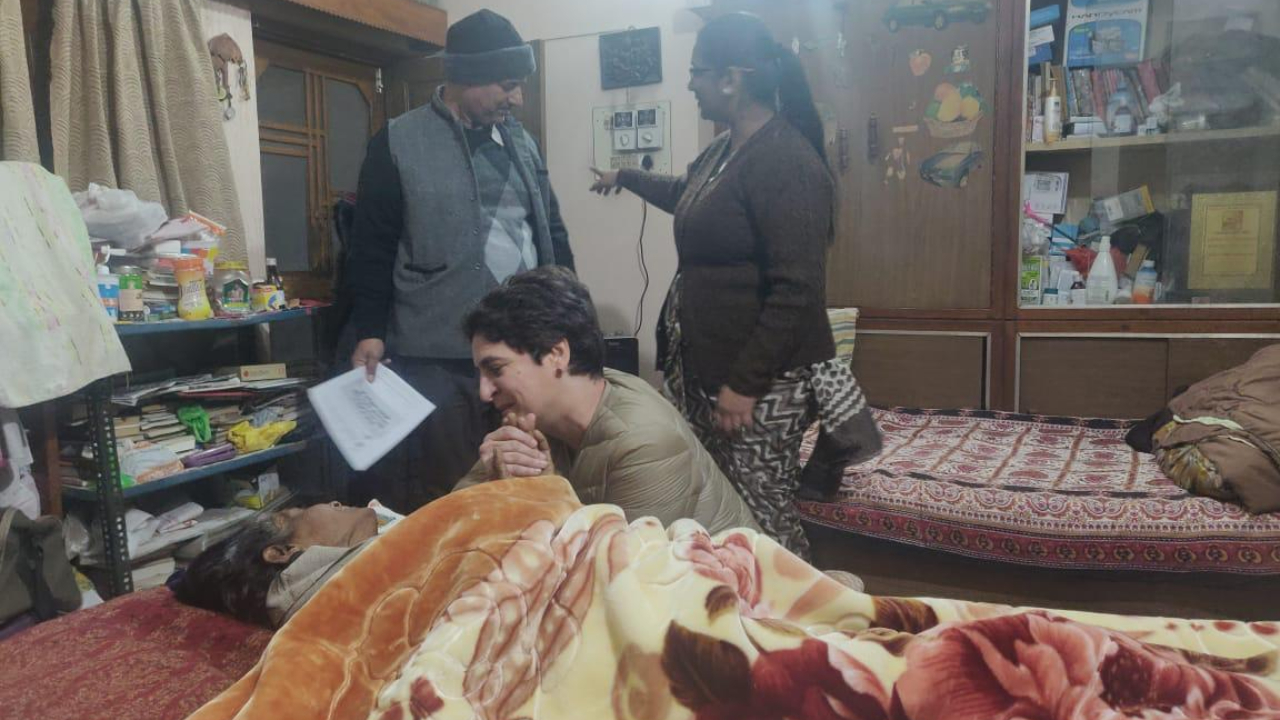 Narrating her experience, she told reporters, "As we were on our way, suddenly a police vehicle came in front of us and the policemen said you cannot go. I asked them why and was told that we will not be allowed to move ahead." "I got off the vehicle and started walking. I was surrounded and a woman cop held me by my throat. Another woman cop pushed me and I fell down. I was forcibly stopped and a woman officer pulled me up by my neck. But I was determined. I am standing with every citizen who has faced police oppression. This is my 'satyagraha'." According to reports, Priyanka was stopped by the police - at around 5.30 pm. She entered into an arguement with police and questioned why was she being stopped. Refusing to follow any instructions, Priyanka got down from her car and rode a scooty to reach Darapuri's residence located about 2.5 kilometres from the polytechnic square. However, Priyanka Gandhi was stopped again. She then walked up to the residence.

Earlier, Congress general secretary was also stopped from meeting the family of actress-activist Sadaf Jafar, who has been in custody since her arrest on December 19.

After meeting party workers, the Congress general secretary headed for the Indiranagar (sector-18) residence of Darapuri.

Uttar Pradesh Congress spokesperson Ashok Singh told PTI, "At the Lohia crossing, her vehicle was stopped, she protested and asked as to why was she being stopped." Singh also said when the police stopped the Congress leader, she started walking.

"The policemen also started following her. After walking for almost a kilometre, she again got into her vehicle. After this, when the police tried to stop her in the Munshipulia area, she again started walking and then suddenly turned towards a bylane in Indiranagar's Sector 18. She walked for almost three-four kilometres and gave a slip to the police as well as the party workers," he added.

#VIDEO | Congress General Secretary for UP (East) @priyankagandhi travelled on a two-wheeler after she was stopped by police while she was on her way to meet family members of Former IPS officer SR Darapuri https://t.co/JmbqiO7SiR pic.twitter.com/5rxGNHVbyw

To a question on whether the government felt its politics was in danger because of her, Priyanka said, "Everybody's politics is in danger."

Meanwhile, Uttar Pradesh Congress chief Ajay Kumar Lallu said, "If we want to meet someone and share his sorrows, why is it causing a stomach ache for the government? This government is feeling scared of Priyankaji. Hence, she was stopped."