Meanwhile, The India Meteorological Department (IMD) Has Issued A Fresh Warning, Predicting Continuous Downpour Across Mumbai In The Next 24 Hours.

Several parts of Maharashtra, including Mumbai, Pune, Thane, Palghar and Nashik received heavy rains on Sunday with district collectors issuing advisory asking people to be alert as the situation could turn critical. In the view of incessant rainfall, authorities have directed to keep all the schools and colleges shut in Pune and Nashik.

Meanwhile, the India Meteorological Department (IMD) has issued a fresh warning, predicting continuous downpour across Mumbai in the next 24 hours. The weatherman said the intensity of rainfall is likely to decrease over Konkan and adjoining ghat areas of Madhya Maharashtra during next 2 days.

Amid this rain alert, authorities have been directed to keep the school, colleges and offices shut across Mumbai, which woke up to waterlogged streets and railway tracks following heavy overnight downpour. The Central Railway said it has cancelled all the trains going towards Dadar, Mumbai and Panvel for the next 24 hours.

In Palghar, a major portion of a bridge connecting Wada and Malwada on Pinjal river was washed away due to heavy rain on Sunday afternoon. Though there were no reports of casualties in the incident, traffic on the vital connector had come to a standstill. 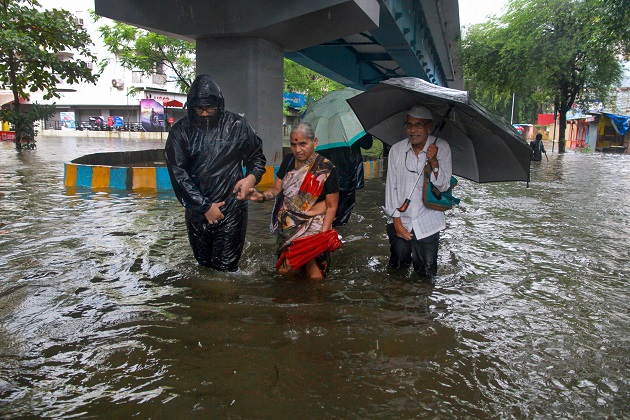 At least 58 people stranded at a village in Thane district were rescued by the Indian Air Force (IAF) this morning. The people were stuck at their water-logged homes in Ju-Nandkhuri village in Khadavli area of the district. Three rescue teams of the Navy along with two columns of the Army, comprising 120 personnel, are on standby to help in the rescue efforts in the rain-battered Thane.

Thousands of people in Thane and Palghar also witnessed power outage after substations were submerged and transformers damaged due to heavy rains on Sunday. According to reports, heavy rains had caused water to enter Shahapur switching centre, leading to power outage in the town, and had also damaged the feeder line at Dhasai and Asangaon. 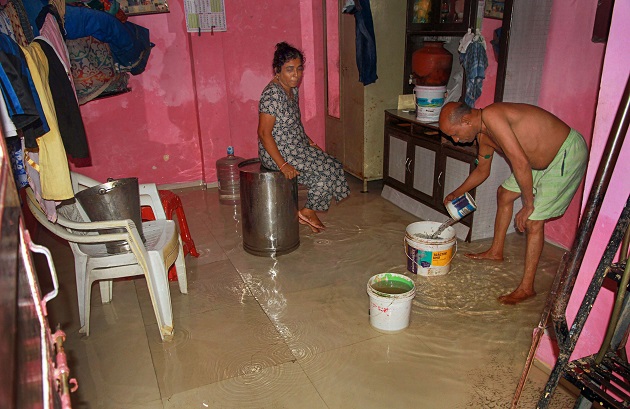 In other rain related incidents, several people were rescued in parts of Maharshtra by local police and the civic body's disaster control cell. 50 patients and 120 hospital staff were retrieved from Surya Mother And Child Care Super-speciality Hospital, Hinjewadi in Pune. However, many people are still feared trapped in flood-hit areas across Maharashtra.