Get All The Scoop On Lok Sabha Elections Here

Prime Minister Narendra Modi will visit Ayodhya today. He is also likely to pay a visit to Ram Lalla. Congress president Rahul Gandhi will address rallies in Uttar Pradesh and Madhya Pradesh. Get all the scoop on elections here:

It was long due, it is good that it has been done. This should have happened a long time ago. This has happened during elections, I don't know if this has something to do with the elections: Kamal Nath

Election Commission of India gives notice to Punjab Minister Navjot Singh Sidhu for allegedly making personal remarks against Prime Minister Narendra Modi at a rally in Ahmedabad on April 17. ECI has asked him to reply by 6 pm tomorrow.

One of the first things Srilankan government did after the blasts was to ban Zakir Naik's TV channel. This is the same Zakir Naik in whose 'durbar' Diggi Raja was once seen. Doob maro Congress walon!: PM Modi in Itarsi.

A person who has been dismissed from service from state or central govt within last 5 yrs has to obtain a certificate from EC stating he/she hasn't been dismissed due to disloyalty or corruption. Certificate wasn't produced before 11am, so, the nomination was rejected: DM Varanasi

My nomination has been rejected wrongly. I was asked to produce the evidence at 6.15pm yesterday, we produced the evidence, still my nomination was rejected. We will go to the Supreme Court: Tej Bahadur Yadav

PM Modi: Strongly condemn despicable attack on our security personnel in Gadchiroli, Maharashtra. Salute all brave personnel.Their sacrifices will never be forgotten. My thoughts & solidarity are with bereaved families. Perpetrators of such violence will not be spared

Taking a jibe at PM Modi for inflation, Congress chief Rahul Gandhi said that the oil prices across the world are dropping, yet they are on a rise in India. "Only a few of PM's friends are benefiting from the global oil price drop," he said.

Kumbh mela has been celebrated for thousands of years. But it was during our tenure that the world started talking about it: PM Modi.

"No chaiwala wants his child to become a chaiwala. The poor want to grow and thrive," said PM Modi.

"We have started the Ramayan Circuit Project. We have also developed tourism in various places of worship. But the biggest thereat to our religious practices & culture is terror," the PM said.

I understand the pain and struggle of every labourer. I understand their illness. To fight this I have introduced the Ayushman Scheme, says PM Modi in Ayodhya.

India's poor don't want insult. They want to move ahead in life. It is my government that has worked for the poor: PM Modi in Ayodhya

PM Modi in Ayodhya: Be it SP, BSP or Congress, it is necessary to know their reality. Behen ji used the name of Babasaheb Ambedkar but she did everything which is just the opposite of his principles. SP used the name of Lohia ji but they destroyed the law & order situation in UP.

Labourers have been divided into vote banks, says PM Modi in Ayodhya.

Election Commission of India: Neither West Bengal police nor central forces is allowed inside the polling booth (in the room where machines and EVMs are kept at the time of voting). They can enter if and when the Presiding Officer calls them in.

Vivek Dubey, Special Police Observer for West Bengal: A total of 578 companies of central forces are being deployed for 5th phase of Lok Sabha Elections 2019. 100% polling stations will be covered by central forces as static postings.

Telangana: People pay last tribute to Nandyal MP and Jana Sena Party candidate from the constituency, S.P.Y. Reddy, at his residence. He passed away at a hospital in Hyderabad last night. pic.twitter.com/PC676zQOhM

Uma Bharti,BJP: Word 'Gandhi' is not from Mahatma Gandhi but Feroze Gandhi...Feroze was not on good terms with JL Nehru, they don't even have right to use this surname but they thought this name will get them respect. Modi ji is the one following Mahatma Gandhi's footsteps.

Uma Bharti,BJP: Word 'Gandhi' is not from Mahatma Gandhi but Feroze Gandhi...Feroze was not on good terms with JL Nehru, they don't even have right to use this surname but they thought this name will get them respect. Modi ji is the one following Mahatma Gandhi's footsteps.(30.4) pic.twitter.com/wuwyURPh52

EC: Issue of assembly polls in J&K was discussed in EC meeting held on 30th April. It was decided to seek further clarification on certain aspects of the issue from MHA. It was also decided to seek opinion of an eminent legal expert in context of ongoing President's rule. 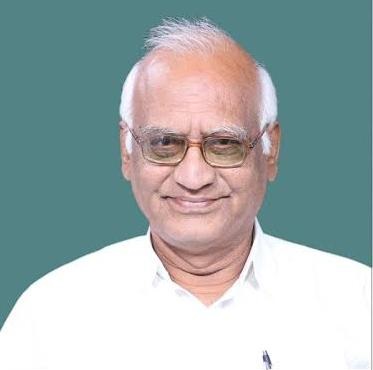 BJP chief Amit Shah will address a rally in Delhi's Vasant Kunj. Prior to that he will be in West Bengal where he will address 4 rallies.

PM Modi is also likely to pay a visit to Ram Lalla.

Prime Minister Narendra Modi will visit Ayodhya today. He will address a rally in Faizabad's Mayabazar.