In the letter to PM Modi, Jaitley has requested for a reasonable time to his treatment and has asked not to be a part of any responsibility, for the present, in the new government.

Arun Jaitley tweeted a copy of the letter that he sent to the Prime Minister. 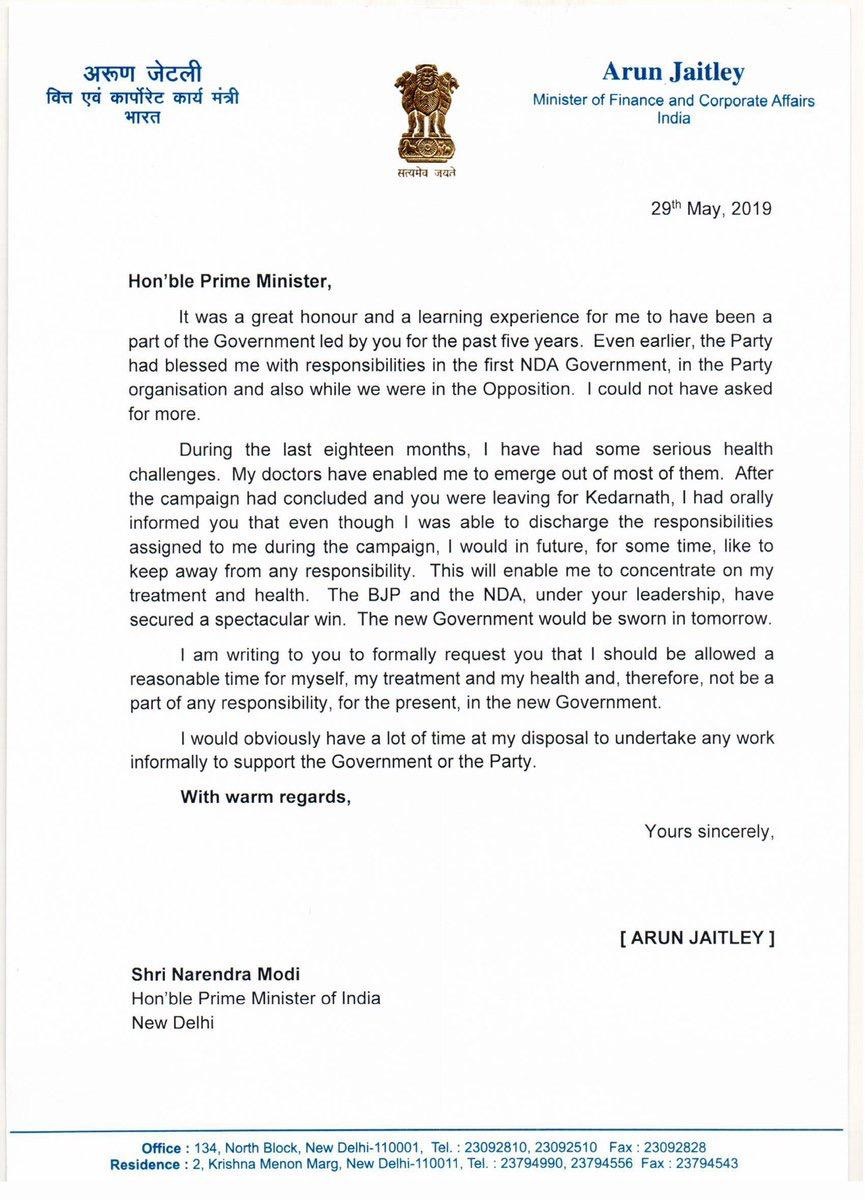 Jaitley left for New York on January 13 after being reportedly diagnosed with soft tissue cancer. Subsequently, on January 23, the charge of the Finance Ministry and Corporate Affairs was given to Piyush Goyal on a temporary basis. This was his first overseas visit after he underwent renal transplant surgery on May 14, 2018, at AIIMS. Goyal had presented the Interim Budget this year.

He had stopped attending office at the beginning of April last year due to his kidney ailment and was back in North Block - the seat of Finance Ministry - on August 23, 2018. Even then, Goyal had manned the ministry for about 100 days. Jaitley in September 2014 underwent bariatric surgery to treat weight gain that he suffered because of a long-standing diabetic condition.