The Election Commission of India (ECI) on Friday removed Kolkata Police Commissioner Anuj Sharma and appointed Rajesh Kumar, ADG, Pollution Control Board, as the new police chief of the city. The poll panel wrote to Chief Secretary West Bengal regarding the transfer and the posting of few officers in the state in view of the election preparedness. The panel also removed Bidhannagar Police Commissioner Gyanwnat Singh with immediate effect.

The direction of the commission was to be implemented with immediate effect and a compliance report in respect to the joining of the transferred officers was needed to be sent within the next 24 hours.

The EC, in its letter to the chief secretary, also directed that the present incumbent officers being shifted should not be involved by the state government in any election-related duty. 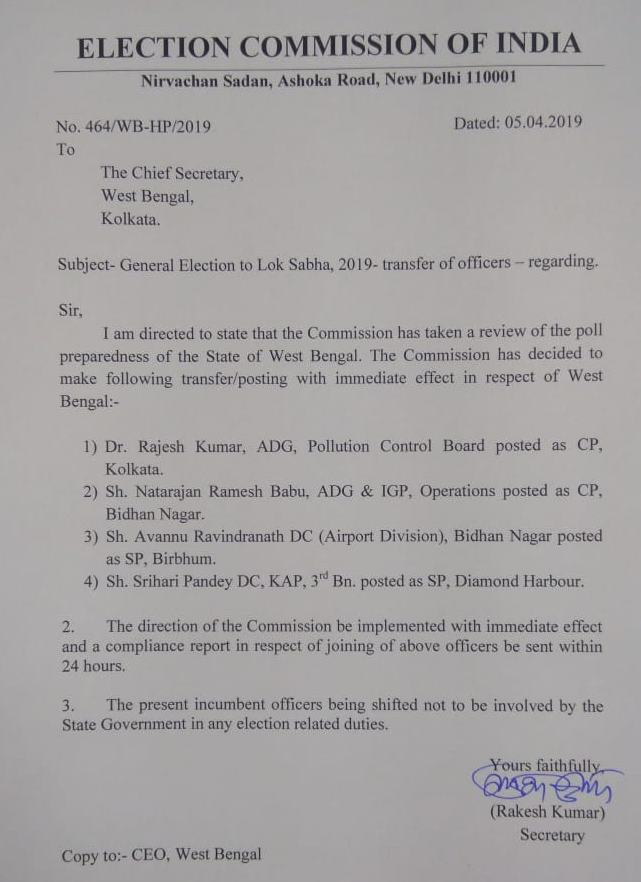