Superstar Kamal Haasanâ€™s Makkal Needhi Maiam on Sunday released the party manifesto for the Lok Sabha elections 2019, promising 50 lakh jobs in five years and equal wages for men and women. Releasing the manifesto in Chennai, Kamal Haasan said ensured that Governors of states would get elected by its legislators.

Haasan also promised free WiFi, no toll on highways and home delivery of ration. The MNM released its first list of 21 candidates for Tamil Nadu and Puducherry for Lok Sabha elections earlier this week. The second list for the remaining 19 seats was released on Sunday.

"I will neither contest the upcoming Lok Sabha polls nor assemblyÂ bypollsÂ to 18 constituencies in Tamil Nadu. I have aÂ lot of work to do. I will work towards the success of my candidates," said Hasaan after releasing the list. 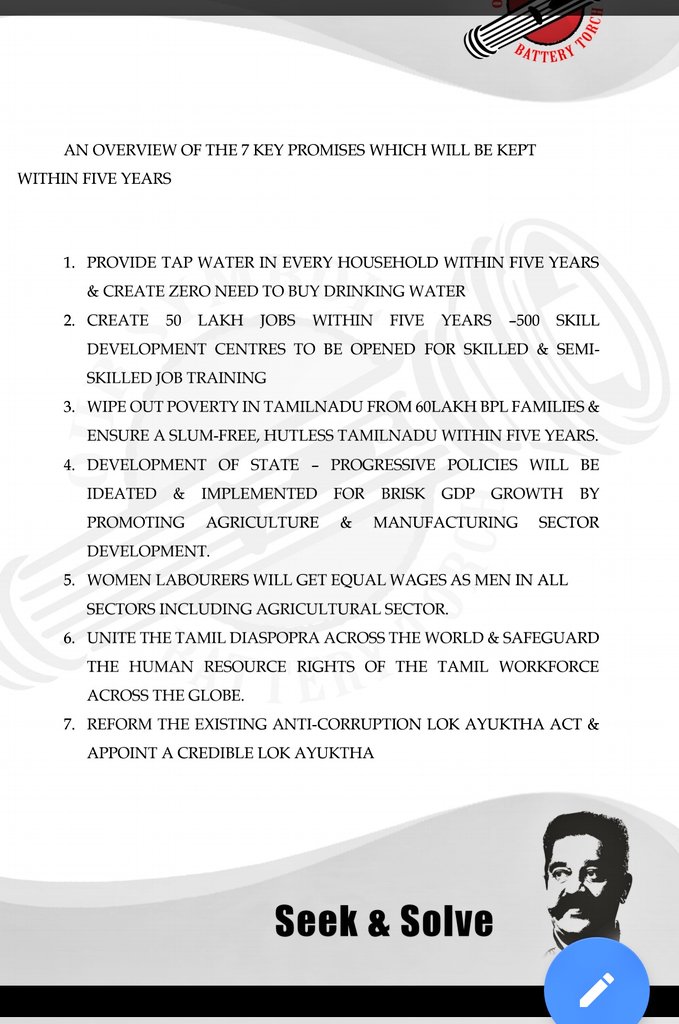 A retired IPS officer and a retired district judge are among the first list of 21 candidates. The party had released names of candidates for 20 constituencies in Tamil Nadu and for the lone seat in the union territory Puducherry.