The List Of 34 Candidates Also Included Uttar Pradesh Congress Chief Raj Babbar, Who Was Shifted To Fatehpur Sikri From Moradabad.

The Congress has also named BSP chief Mayawati’s former aide Naseemuddin Siddiqui as its candidate from Bijnor. Former Samajwadi Party MP and brother of notorious dacoit Dadua, Bal Kumar Patel, who had recently joined the Congress, has been given ticket from Banda. 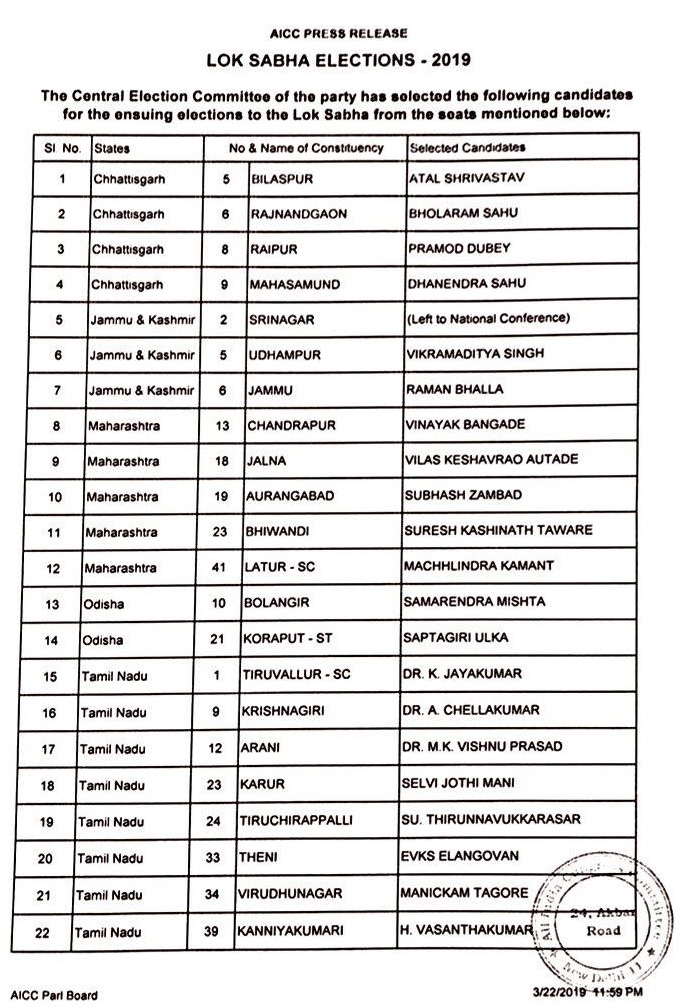 In Jammu and Kashmir, the Congress left the Srinagar seat for National Conference while named its own candidates from Udhampur and Jammu. While Vikramaditya Singh will contest from Udhampur, Raman Bhalla would be the party's candidate from Jammu.

The other names that featured in the list included Preeta Harit from Agra, Praveen Aron from Bareilly, Trilokiram Diwakar from Hathras, Virendra Kumar Verma from Hardoi and Girish Chandra Pasi from Kaushambhi. Preeta Harit had recently resigned as Principal Commissioner Income Tax to join the party. 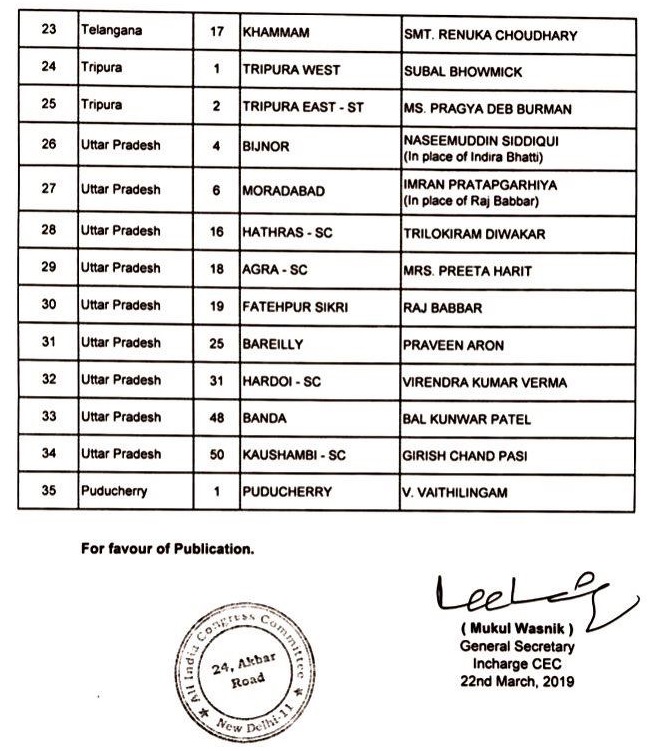