The SAD, Which Is BJPâ€™s Alliance Partner In Punjab, Is Yet To Announce Its Candidates For Both Bhatinda And Firozpur Parliamentary Constituencies.

The Firozpur Lok Sabha constituency has been a Shiromani Akali Dal (SAD) citadel for 25 years now, but followed by Ghubaya’s resignation the party is looking for replacement. Talking about Bhatinda, of 16 polls held for the parliamentary seat, the SAD has won eight times.

The SAD, which is BJP’s alliance partner in Punjab, is yet to announce its candidates for both Bhatinda and Firozpur parliamentary constituencies. However, the state has been abuzz with reports that party chief Sukhbir Singh Badal and Union minister Harsimrat Badal will be contesting from Firozpur and Bhatinda Lok Sabha seats respectively. 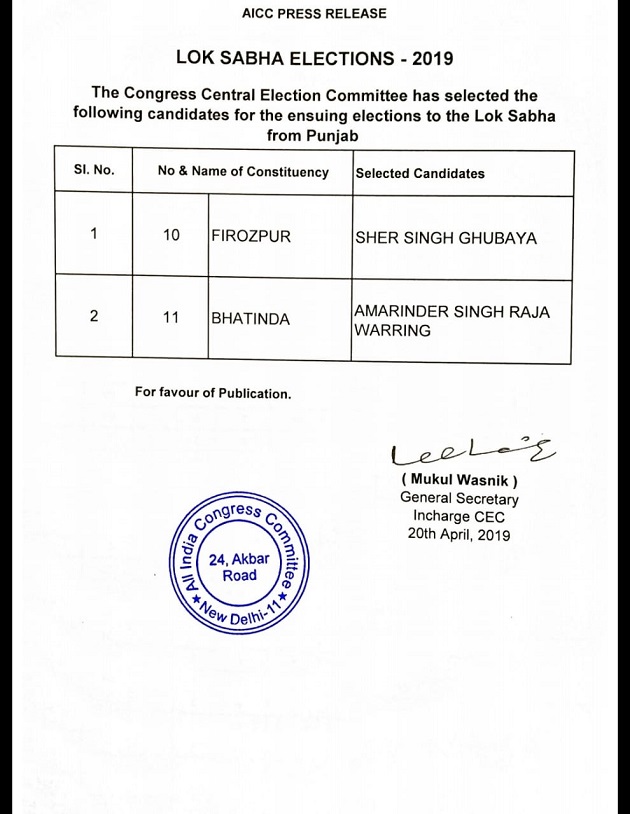 Badals' candidature from Firozpur and Bhatinda, is seen as the SAD's effort to cling on to its bastions when a resurgent Congress and other political parties are set to target the party on different fronts such as the ongoing investigation into firing on protestors opposing incidents of sacrilege. Other issues include debt waiver plan being implemented by the ruling Congress government in the state, and dissidents who have joined splinter groups.

Besides Congress, the SAD is likely to face tough competition from regional parties, including Democratic Alliance, which has field former MLA Sukhpal Singh Khaira, founder of Punjabi Ekta Party, from Bhatinda.

AAP, which is the main opposition party in Punjab, is also gunning for the SAD-BJP alliance and in talks with the Congress for an alliance in the state.