The Total Number Of Lok Sabha Candidates Declared By The Congress So Far Stands At 149. 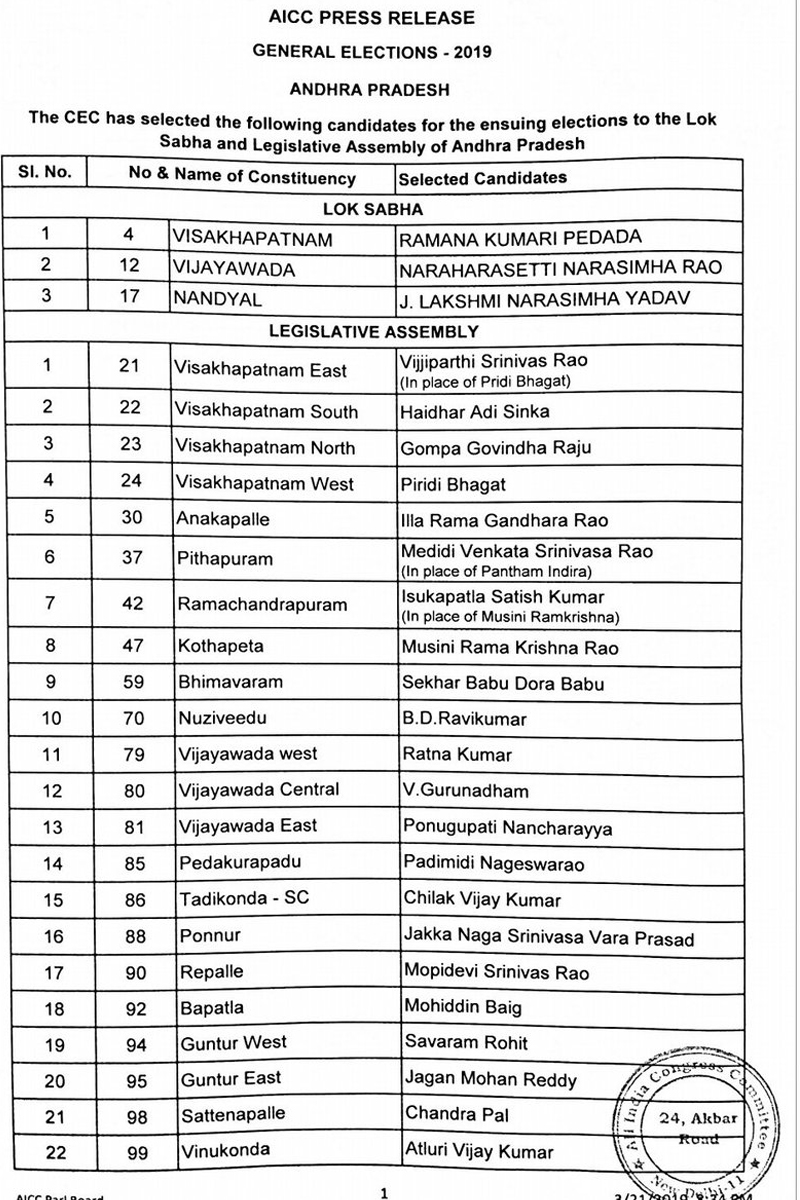 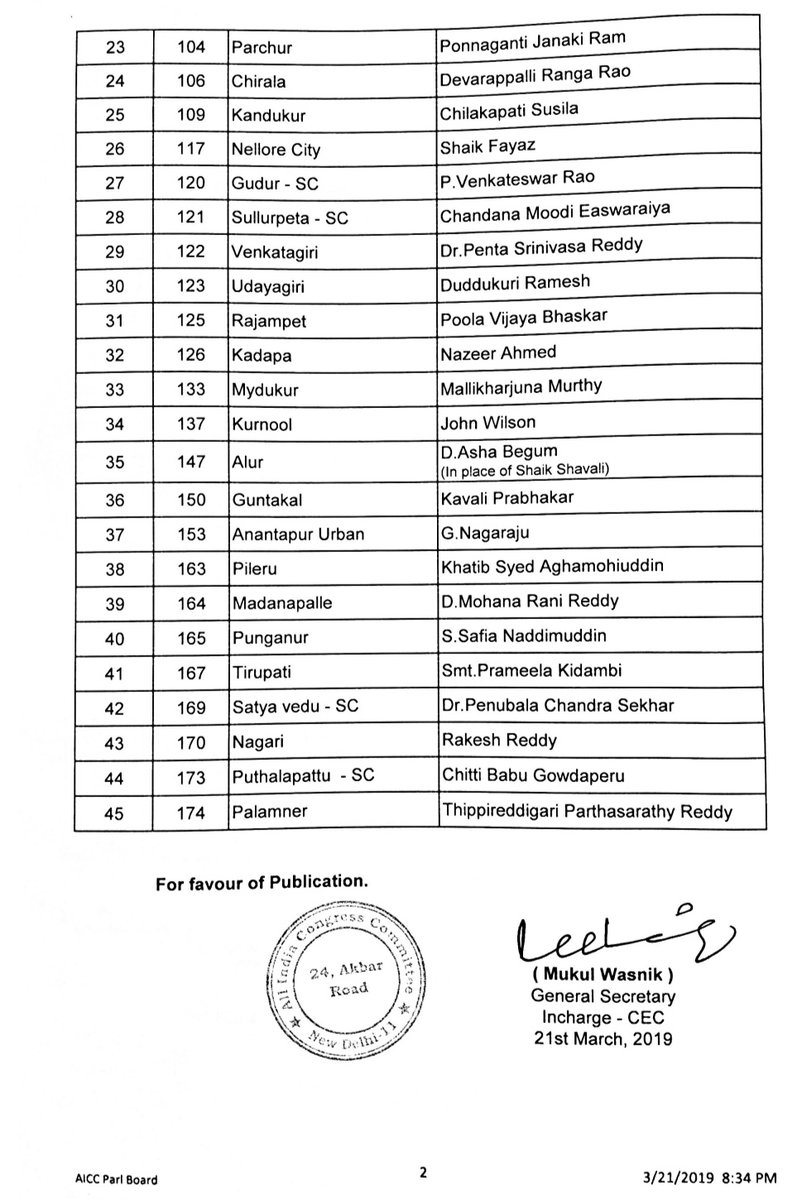 The Congress is going it alone in the polls in the state. The Congress-TDP combine received a severe drubbing in the Telangana Assembly elections in December last. There are 25 Lok Sabha and 175 Assembly seats in Andhra Pradesh.

Both Lok Sabha and Assembly polls will be held in the state simultaneously on April 11.

Here are the names of 3 candidates who will be fighting Lok Sabha polls: