The Reason I Left Congress Was That I Did Not Like Their Reaction On Pulwama Attack, Said Tom Vadakkan After Joining The BJP.

After joining the BJP, the former Congress leader said, "It gives me great pleasure to join BJP. He said that, "It hurts me deeply when you question the integrity of Armed Forces. The reason I left Congress was that I did not like their reaction on Pulwama attack."

A staunch Congress supporter, Vadakkan was chosen by Sonia Gandhi to send out the message of her willingness to enter active politics. In 1998, Vadakkan witnessed the power shift at 24, Akbar Road. 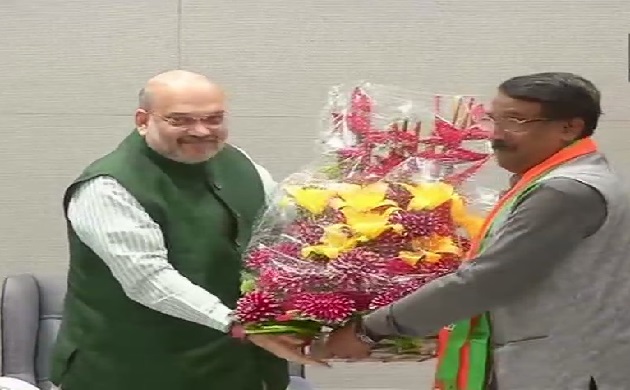 Vadakkan was summoned by Sonia’s office to “carry an important message” to the party chief Sitaram Kesri. “I got the letter and went to Kesri-ji’s office but his peon didn’t allow me inside. I handed over the letter to Harish Khare, his advisor then. In the letter, Soniaji had expressed her willingness to campaign for the party, which was an indication that she would be finally stepping into active politics,” Vadakkan was quoted as saying by the Economic Times in a 2016 report.

With several Congress leaders joining the BJP just days before the country goes to the Lok Sabha polls, it is quite evident, as the opinion polls had predicted, that the BJP-led NDA government is likely to retain power at the Centre, riding the "Modi wave", and is expected to win 270 of the 543 seats in the highly anticipated Lok Sabha elections.

On the other hand, the Congress, despite being buoyant after the victories in Assembly polls in Rajasthan, Madhya Pradesh and Chhattisgarh, will be able to win only 134 seats (with its partners) while others are expected to win 139 seats.

However, according to the opinion poll, the NDA will get a combined vote share of 34 per cent – 4.5 per cent less than what it got in 2014 Lok Sabha elections. The UPA is expected to get a vote share of 28 per cent while Others may get 29 per cent of the votes.