The Congress on Monday announced the names of candidates for six of the seven Lok Sabha seats in Delhi, finally putting an end to the drama surrounding their alliance with ruling Aam Aadmi Party. The names featured in the list included Congress party's Delhi unit bigwings such as Ajay Maken, Sheila Dikshit, Arvinder Singh Lovely and Mahabal Mishra.

"I'll do my best to fulfill the responsibility given to me. I've contested from here earlier, I know the people here and they know me. We had started Metro from here, our reputation is of working for the people," Dikshit said while reacting to her nomination.

Former MP and senior party leader Mahabal Mishra will be the Congress party's candidate from West Delhi against former Delhi chief minister Saheb Singh Verma's son Parvesh Verma, who is fighting from the constituency on a BJP ticket. 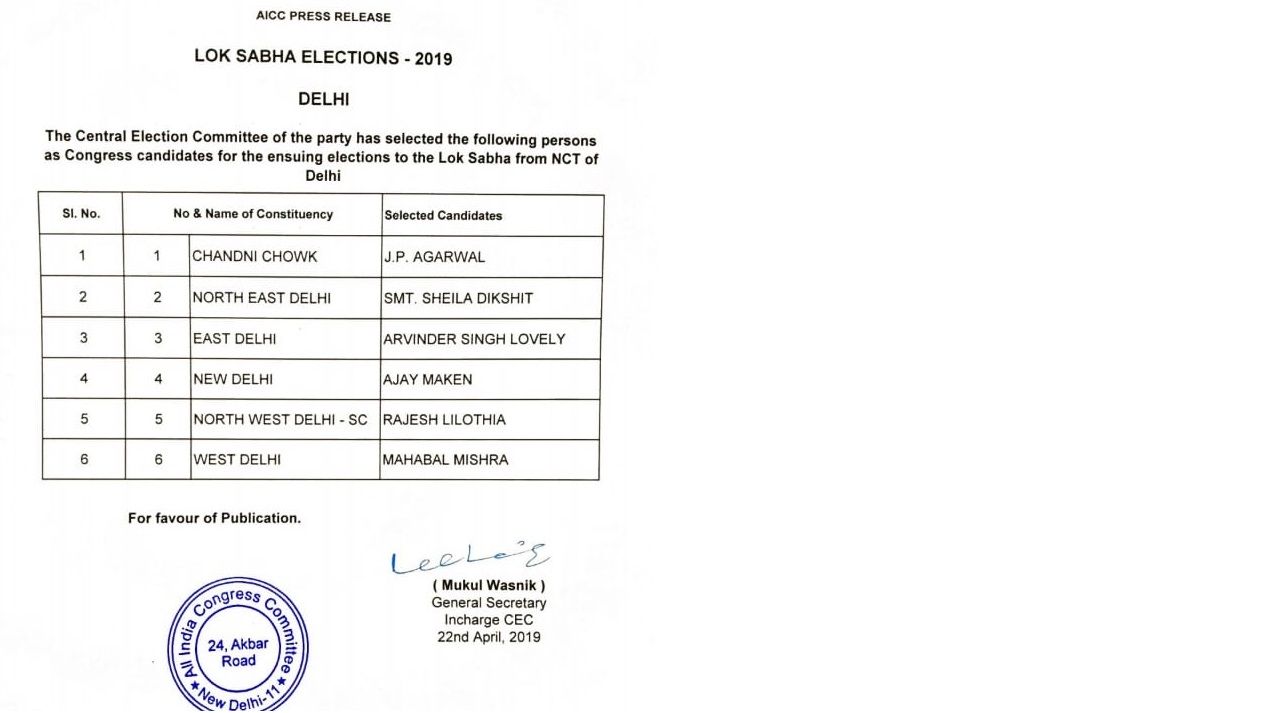 JP Agarwal is another prominent name featured in the Congress list and he will be up against sitting MP and Union Minister Harsh Vardhan. Rajesh Lilothia will be Congress party's poll candidate from North West Delhi constituency. The party, however, didn't announce the name of its candidate for the South Delhi constituency from where the BJP has fielded Ramesh Bidhuri.