The BSP Released A List With Names Of 11 Candidates On Friday.

Danish Ali, the Janata Dal-Secular (JD-S) general secretary who until recently was involved in alliance negotiations with the Congress and the JD-S in Karnataka, had joined the Bahujan Samaj Party (BSP) on February 16. And now BSP chief Mayawati has given him the ticket from the Amroha Lok Sabha constituency. The BSP released a list with names of 11 candidates on Friday.

Speaking to media after joining the BSP, Ali had said that he took the permission of former prime minister and JD-S leader Deve Gowda and will do whatever work is assigned to him by Mayawati. 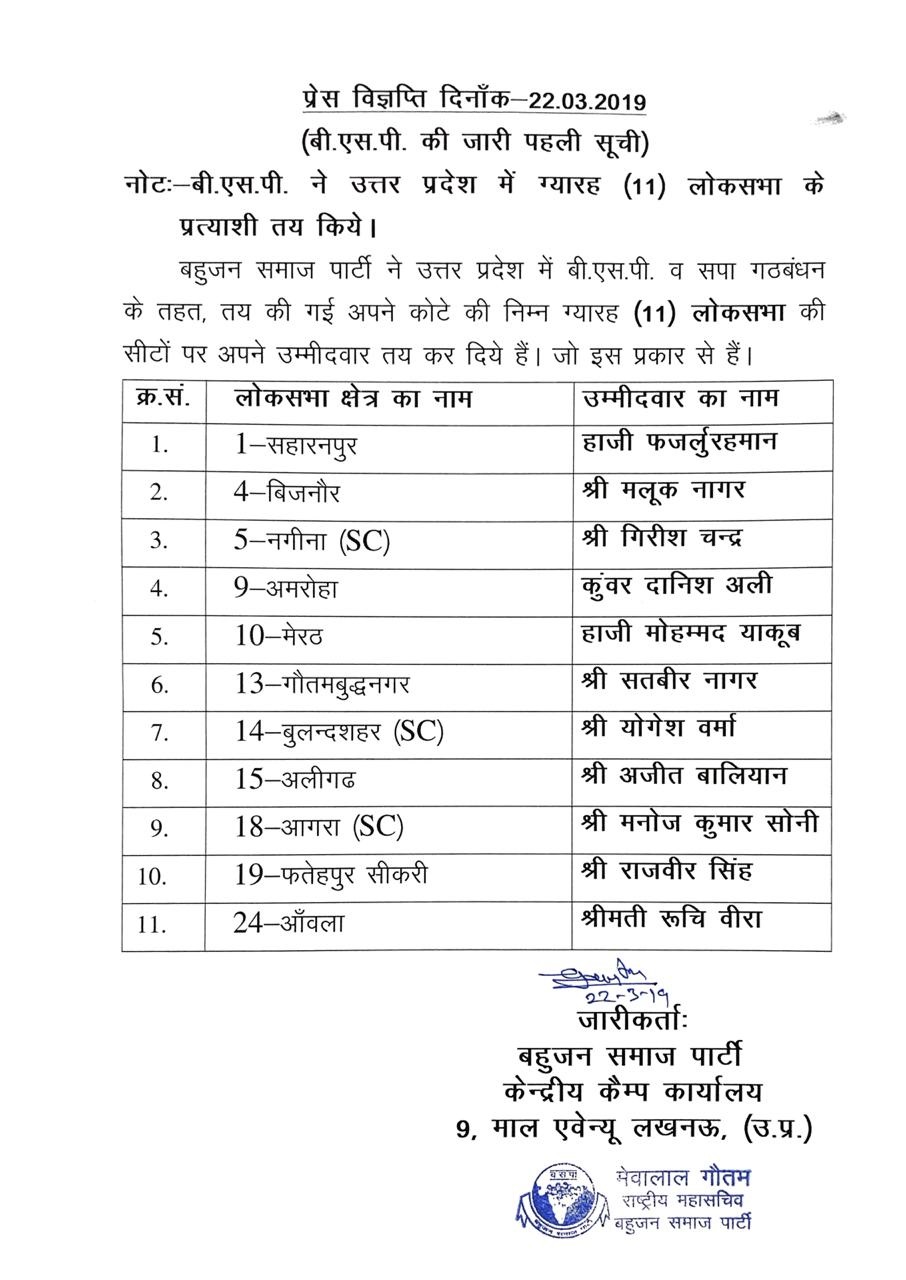 “I never asked for anything even when I was in JD(S), it was upto HD Deve Gowda ji to decide what work to assign me. I have come here after taking the blessings & permission of Deve Gowda ji. I will work wherever Behen ji assigns me,” news agency ANI quoted Ali as saying.

Ali, who was born in Uttar Pradesh, said that despite all his efforts, he could not help the JD-S grow in his home state. Given the threat to the Constitution, he said, it became essential to use his energy with a strong leadership.

“JD(S) doesn't have a large orga structure in UP. Despite all my efforts I could not have raised it in my 'janmabhoomi, my 'karmabhoomi'....The way in which there is a threat to constitution today, it has become essential to use our energy with a strong leadership,” he said.

Danish Ali was a close associate of Karnataka Chief Minister HD Kumaraswamy and he had played the crucial role in Congress-JD(S) alliance in Karnataka. He was also involved in the seat sharing negotiations between the parties for the Lok Sabha elections.