The Bharatiya Janata Party (BJP) on March 21 released its first list of candidates for the upcoming Lok Sabha Elections. The list featured candidates for Jammu and Kashmir’s five Parliamentary constituencies including that of Srinagar. BJP’s Khalid Jehangir will be contesting against former chief minister Farooq Abdullah and PDP’s Agha Mohsin. An ex-journalist, Khalid joined the BJP in 2014 in a rally where PM Narendra Modi himself welcomed him." "I don't know whether the friends in media pay attention towards this news today my friend Khalid Jehangir has joined the BJP, he has craved niche in International journalism and I am proud of him and welcome him in BJP," PM Modi had said at that time. "An alumnus of prestigious Burn Hall school, Khalid worked with ARD News of Germany as a correspondent. For four years, Khalid also represented India at the Human Rights Commission at the United Nations.

Speaking with News Nation, Khalid said that he is hopeful of winning polls. “I want to be a goodwill ambassador of Kashmir in New Delhi and erase the evil picture of India being painted in the state. My sole aim is to bring Kashmiri youth closer to Delhi and end this unnecessary alienation,” he said. In 2014 Assembly Elections, BJP had won 25 out of 37 seats in Jammu making it the second largest party in the state after PDP.

“My politics is based on truth and not deceit like that of NC and PDP who enjoy everything from the Centre and are not even as loyal as Hurriyat is to Pakistan. These Gupkar-based parties praise Pakistan here and turn patriotic in New Delhi. The mainstream parties are habitual of making hollow promises but they can’t fool people for a long. This upcoming election is going to be a referendum,” Khalid said. 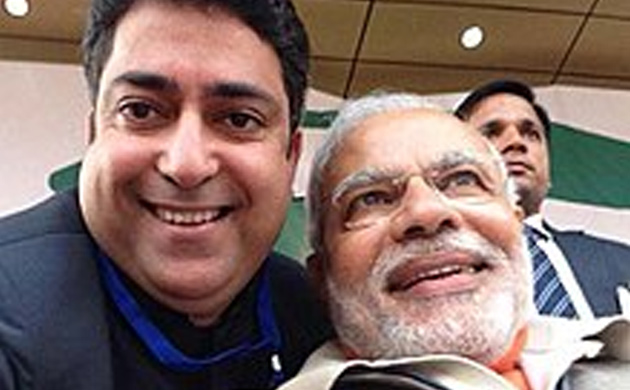 Speaking about the Jammu and Kashmir’s special status, Khalid said that people are being misinformed on the issue. “This is just a blackmailing tactic played by the mainstream parties to lure voters. This needs to be discussed whether this article has benefited the state or just a few families only. Everyone knows this Article 370 was tampered upon by Congress. History is a proof how Sheikh Muhammad Abdullah surrender before Indira Gandhi.”  Article 370 became one of the rallying agendas for the BJP and continues to be a political point for the party even today.

“New Delhi can only assure us peace, we need to bridge this with them. Like it used to be, BJP is no more being seen as an alien party in Kashmir. We have fully gained in Jammu and trying our best at the grassroots to establish our party in Valley. We are here to provide basic facilities to people and not to promise sky,” he said.

Revisiting former prime minister Atal Bihari Vajpayee's 'Insaniyat (Humanity), Jamhooriyat (Democracy) and Kashmiriyat (Identity of the people of Kashmir)’, Khalid said that the former Prime Minister continues to rule hearts of Kashmiris and PM Modi is no different. “He is best connected to the youth even Opposition agrees to this. PM Modi gave youth a platform to speak against dynasts which is not going well with some,” he said.

Lok Sabha elections will begin on April 11 and polling would be held over seven phases through May 19, followed by counting of all votes on May 23. The assembly elections in four states – Andhra Pradesh, Sikkim, Odisha and Arunachal Pradesh – will be held simultaneously with the Lok Sabha polls. Assembly polls in Jammu and Kashmir will not be held along with the general elections. Since the Jammu and Kashmir has been dissolved, the EC is bound to hold fresh polls there as well within a six-month period, which will end in May.  The Centre and the state administration, being managed by the Centre-appointed Governor, are against holding the two elections together.