HD Kumaraswamy Has Been Invited For The Ceremony And He Will Attend It, As Confirmed By The Officer On Special Duty To The Chief Minister. 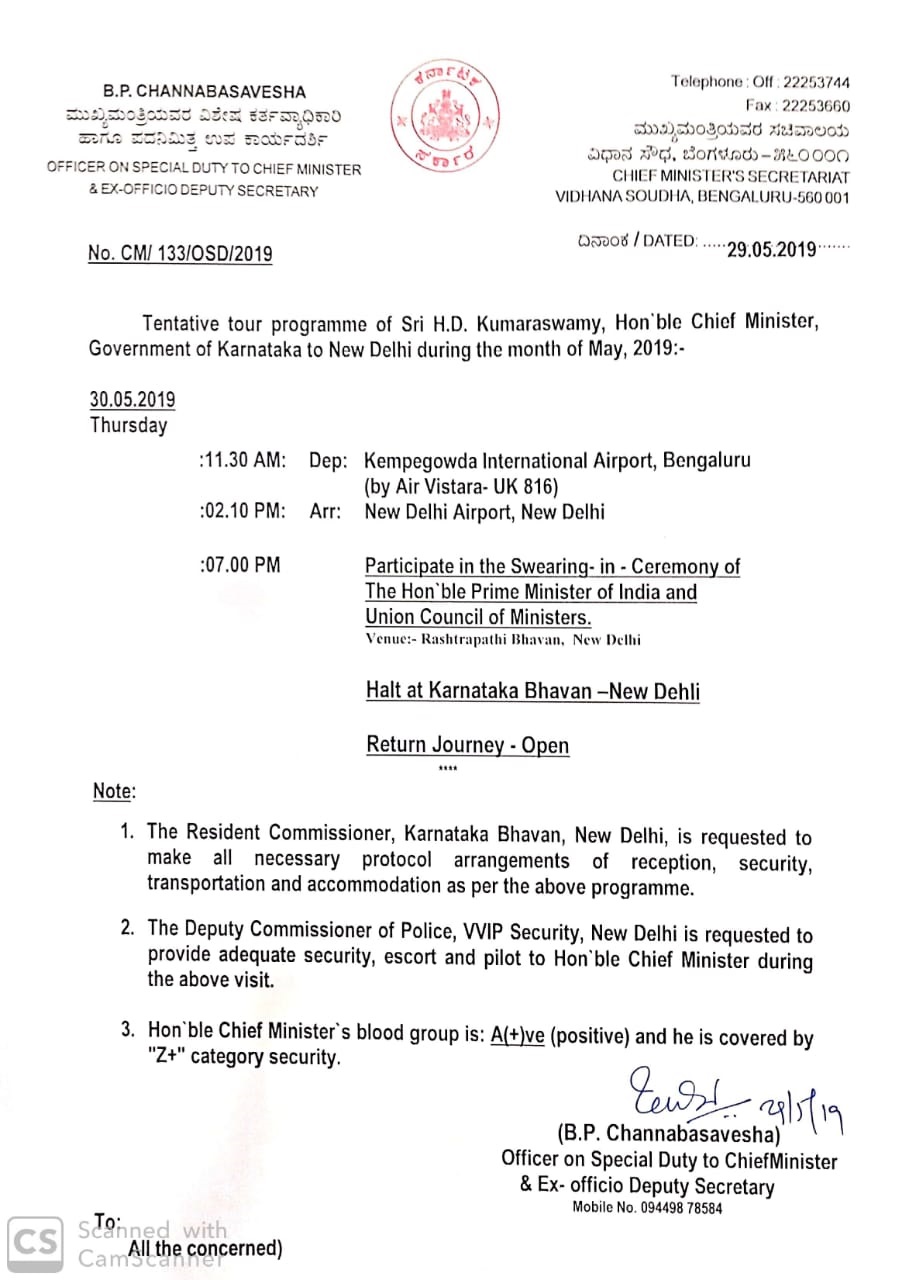 On Tuesday, Mamata Banerjee and Arvind Kejriwal said they will attend the oath-taking ceremony. “I have spoken to other chief ministers also. Since it is a ceremonial programme, we thought of attending it. Yes, I will go,” Banerjee had said.

An Indian government statement on Monday said the leaders of Bangladesh, Myanmar, Sri Lanka, Thailand, Nepal, and Bhutan - all members, with India, of the little-known Bay of Bengal Initiative for Multi-Sectoral Technical and Economic Cooperation (BIMSTEC) - have been invited to Modi’s swearing-in.

“This is in line with Government’s focus on its ‘Neighbourhood First’ policy,” a government spokesman said. The leaders of Kyrgyzstan and Mauritius have also been invited, but two sources in Indian’s foreign ministry said Pakistan will not be on the list, without providing further information.

For the swearing-in ceremony for Modi’s first term in 2014, all nations from the South Asian Association for Regional Cooperation (SAARC), that includes Afghanistan, Pakistan and the Maldives, were invited.In 2014 Pakistan’s then-Prime Minister Nawaz Sharif attended the ceremony.

Modi and Khan both claimed their air forces carried out air strikes in enemy territory in March, to the alarm of world powers. Modi, who was widely believed to have benefited politically from the stand-off, won a second term with an increased majority in a general election whose results were declared last week.

Khan called Modi on Sunday to congratulate him on his win.

Modi could still meet Khan at a Shanghai Cooperation Organization summit in Kyrgyzstan next month, that both leaders may attend.