On Monday, Modi Will Be In Varanasi, The Lok Sabha Seat He Retained In The Elections By A Margin Of 4.79 Lakh Votes.

Two days after his resounding victory in this Lok Sabha polls, Prime Minister Narendra Modi, accompanied with BJP president Amit Shah and Chief Minister Vijay Rupani, on Sunday started his day-long visit to Gujarat. Modi, who reached the Sardar Vallabhbhai Patel International Airport in Ahmeadabad this evening, addressed the party workers at BJP headquarters in Khanpur area today. During his first visit to his home state after the 2019 poll results, Modi, along with Shah, was felicitated by the Gujarat unit of the party. Post that, the prime minister arrived at his Gandhinagar residence and sought blessings from mother Heeraben Modi as his BJP-led NDA swept to power with a spectacular performance for a second term in office. The NDA returned to power with a massive majority in the Lok Sabha elections with the BJP alone bagging 303 of total 542 seats contested. On Monday, Modi will be flying to Varanasi, the Lok Sabha seat he retained in this election by a margin of 4.79 lakh votes.

Here are the Highlights from PM Modi's Gujarat visit:

09:11 pm: Prime Minister Narendra Modi meets his mother Heeraben Modi at her residence in Gandhinagar and seeks her blessings. 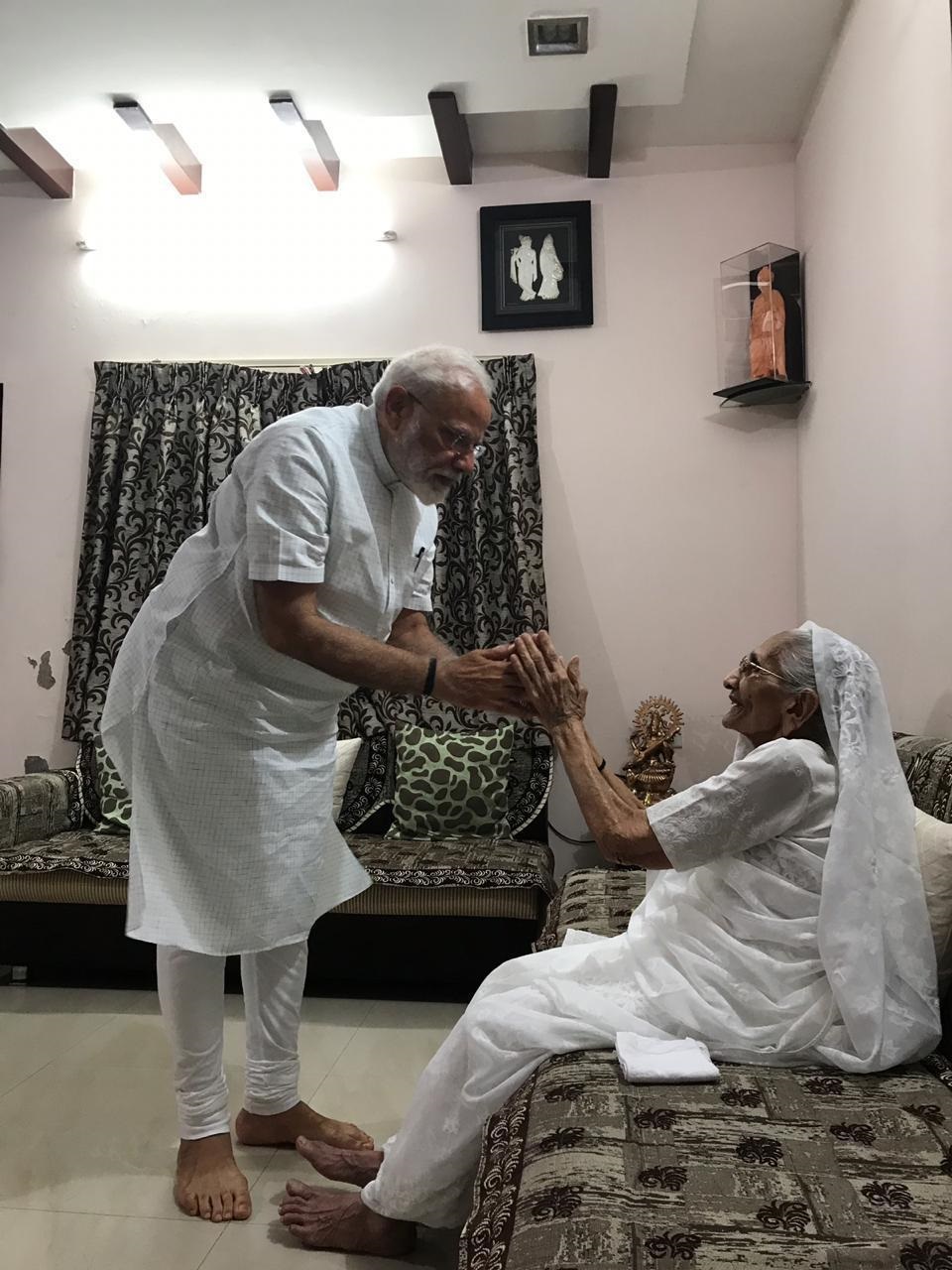 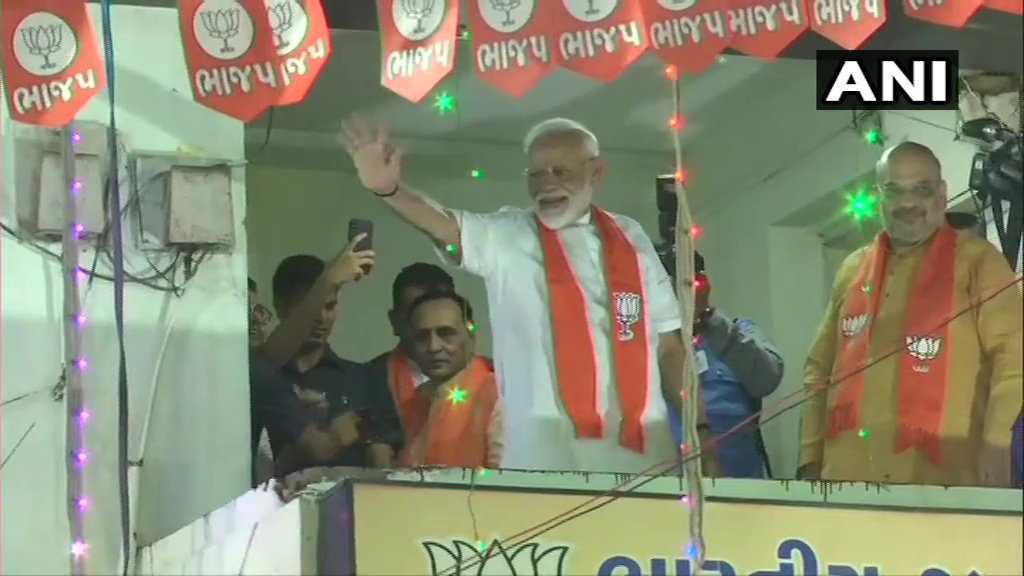 08:00 pm: WATCH | People turn on flash lights of their mobile phones after Prime Minister Modi concludes his address in Ahmedabad.

#WATCH People turn on flash lights of their mobile phones after Prime Minister Modi concludes his address in Ahmedabad. pic.twitter.com/p8drFCM6pn

07:54 pm: Last night, President of India invited me to be the next Prime Minister and today I have come here to take your blessings: Modi.

07:52 pm: We have to utilise these 5 years to solve issues of the common citizens.We have to further enhance India’s position at the world stage.The coming five years have to be years of Jan Bhagidari and Jan Chetna: PM Modi. 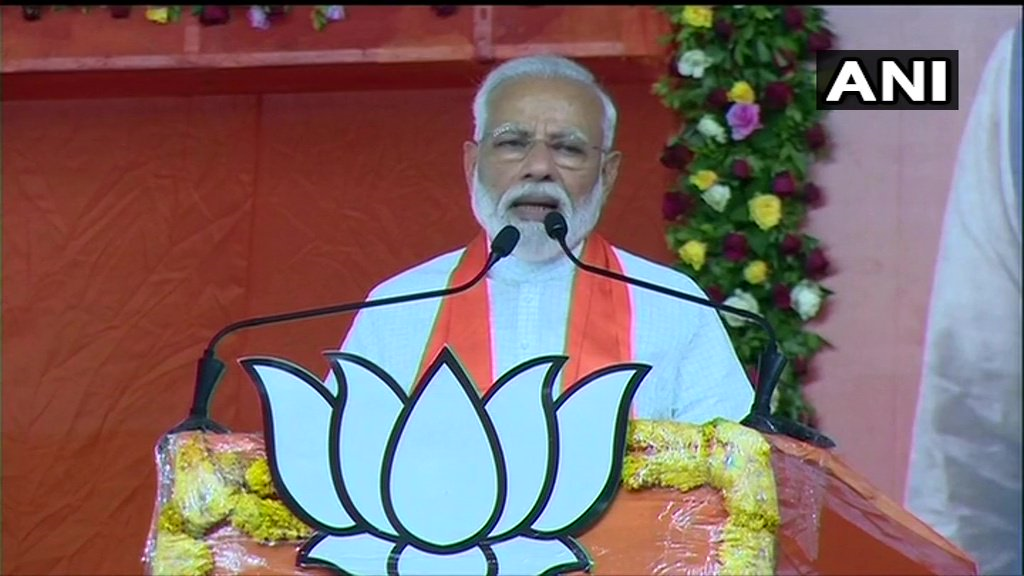 07:51 pm: I saw a video on social media in which a woman from Bengal kept saying 'Modi, Modi'. When asked why? She said "I had visited Gujarat and found development there, I want the same in Bengal" but when that woman was asked for whom she voted, she didn't say anything: Narendra Modi.

07:42 pm: In 2014, the country got an opportunity to know Gujarat and the development model of the state came in front of everyone: PM Modi.

07:40 pm: I am coming back to the land that has nurtured me. I am back to a place with which I have a very old bond: PM Modi in Ahmedabad.

07:36 pm: I am here for a Darshan of the people of Gujarat. The blessings of the state’s citizens have always been very special for me, says PM Modi. 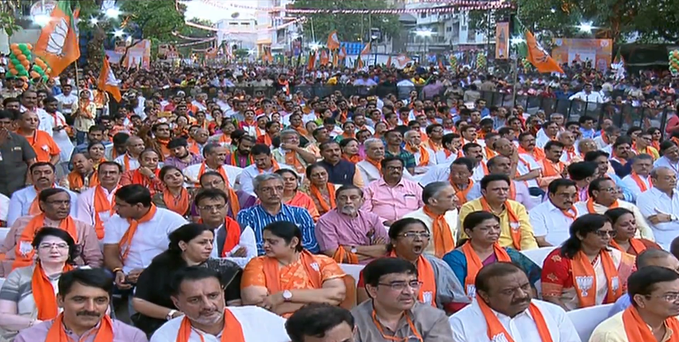 07:33 pm: Since yesterday, I was in dilemma whether to attend the programme or not. One side it was 'kartavya' and on other side it was 'karuna.' Families who lost their children, lost their future. I pray that god gives power to the families of those children: Modi on Surat fire incident.

07:32 pm: I was in constant contact with the state govt regarding the Surat fire incident: Narendra Modi.

07:30 pm: The fire tragedy in Surat has saddened us all. We stand in solidarity with the bereaved families. May Almighty give them strength in this hour of grief. The State Government is further strengthening disaster management infrastructure across Gujarat: PM Modi in Ahmedabad.

07:10 pm: Shah expressed sorrow over the Surat fire incident, which left at least 20 children dead and several others injured on Friday. 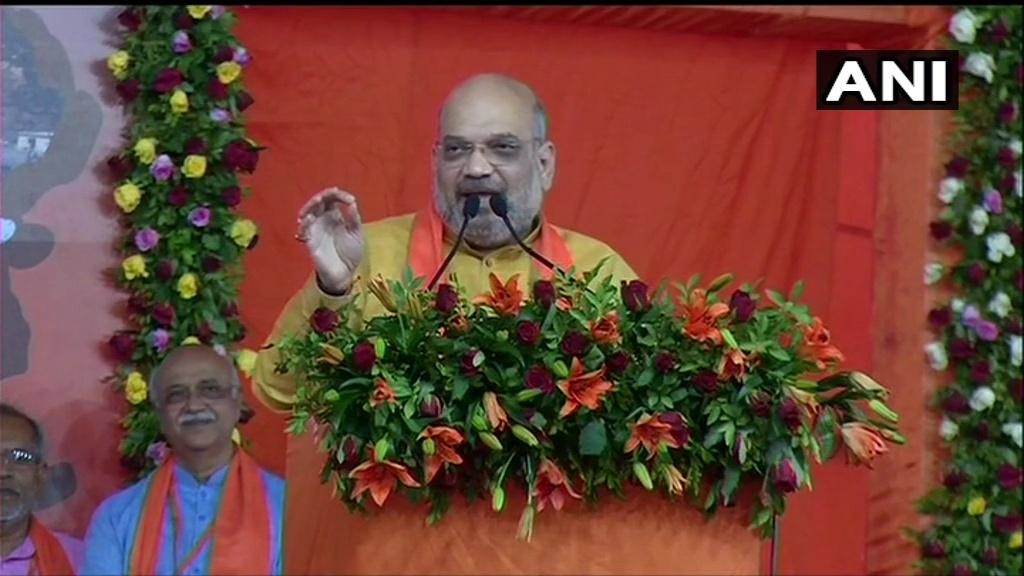 06:42 pm: "On landing in Ahmedabad, paid tributes to the great Sardar Patel. An icon of modern India, his contribution towards nation building is monumental," tweeted PM Modi.

On landing in Ahmedabad, paid tributes to the great Sardar Patel.

An icon of modern India, his contribution towards nation building is monumental. pic.twitter.com/wRwrWDrqjy 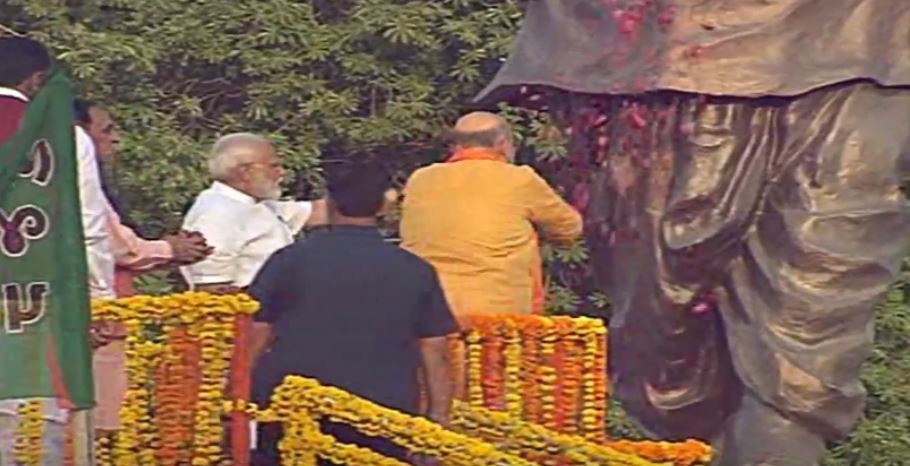 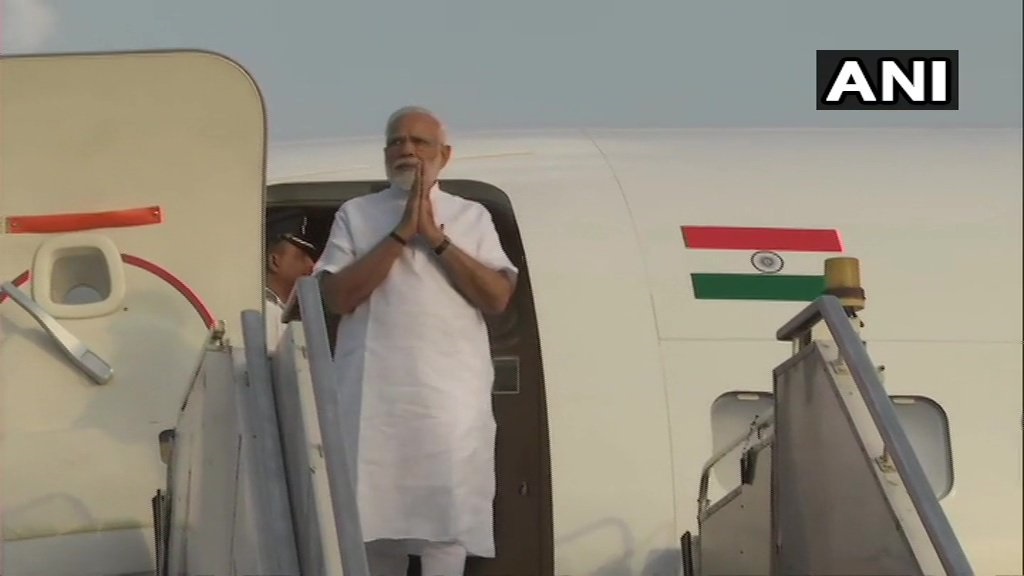 Modi will leave for Delhi the next morning, after which he is scheduled to visit his Lok Sabha constituency, Varanasi.