Lok Sabha Election 2019: All you need to know about political scenario of Jharkhand

Jharkhand's Ruling BJP And The All Jharkhand Students Union (AJSU) Has Entered Into A 13-1 Seat-sharing Formula.

Jharkhand, which came into existence in 2000, sends 14 MPs to Parliament to represent the state. Among these seats, 1 is reserved for the scheduled castes and 5 are reserved for the scheduled tribes. The voting in the state – which is the 16th largest state in India in terms of area and the 14th largest one by population - was held in the last four phases i.e. on April 29, May 6, 12 and 19.

The opposition parties have stitched an alliance to halt the saffron bandwagon in the state which has largely remained a bastion of the BJP. The Jharkhand Mukti Morcha (JMM), the Jharkhand Vikash Morcha (Prajatantrik) and the Rashtriya Janata Dal (RJD) have hammered out a seat-sharing agreement with the Congress in Jharkhand. As per the pact, the Congress will contest seven seats in Jharkhand, leaving four for the JMM, two for the JVM and one for the RJD. On the other side, the State’s ruling BJP and the All Jharkhand Students Union (AJSU) has entered into a 13-1 seat-sharing formula.

However, News Nation Exit Poll has predicted a clear majority for BJP in the state. According to the exit poll, the BJP-led NDA is likely to win 9-11 seats and the Grand Alliance of the Congress, the RJD, the JMM, and the JVM may win 3-5 seats.

What happened in Jharkhand in 2014 Lok Sabha Elections?

In 2014 Lok Sabha Elections, the BJP won 12 seats and left only 2 seats (Dumka and Rajmahal) for the Jharkhand Mukti Morcha (JMM). The Congress and the JMM had forged an alliance in the state to take on the BJP but the Grand Old Party failed to open its account. The 2014 election in Jharkhand was held in three phases on April 10, 17 and 24.

What happened in Jharkhand in 2009 Lok Sabha Elections? 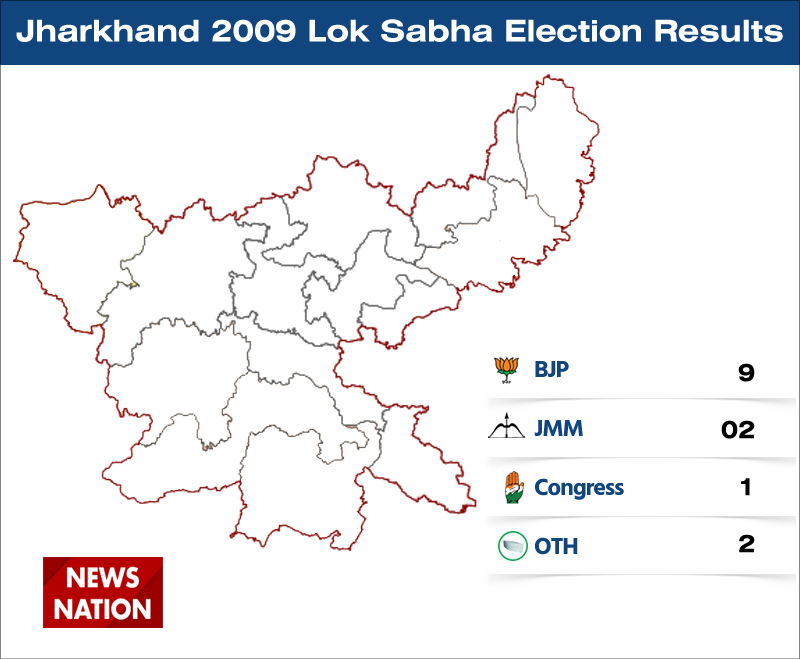 What happened in Jharkhand in 2004 Lok Sabha Elections? 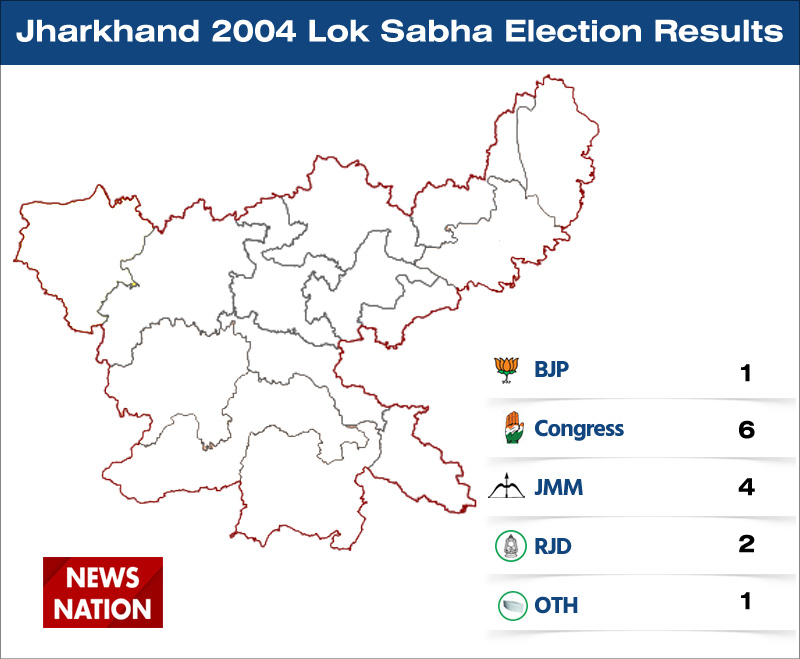 In 2004 Lok Sabha Elections, the BJP won just 1 seat in the state. On the other hand, Congress and JMM won six and four seats respectively. The RJD won 2 seats and CPI managed to register a victory on only 1 seat.