Lok Sabha Election 2019: All you need to know about political scenario of Tamil Nadu

Tamil Nadu has the highest number of Lok Sabha seats in southern India - 39. The voting on all the seats was conducted in a single phase i.e. on April 18, 2019. The politics of this state has by and large been centered around two regional parties, Dravida Munnetra Kazhagam (DMK) and All India Anna Dravida Munnetra Kazhagam (AIADMK). Both the parties claim to profess ideologies inspired by the Dravidian movement.

In the recently concluded Lok Sabha Elections, the Congress tied up with DMK and other smaller parties, while BJP joined hands with the AIADMK - which split into two after Jayalalithaa's death - and other state-level parties.

According to the News Nation exit poll, the AIADMK-BJP-PMK-DMDK coalition is expected to win only 9 Lok Sabha seats with 40 per cent vote share.

The coalition of Congress-DMK-VCK-MDMK-IUML-Left is expected to win a whopping 28 seats with 45 per cent vote share. However, one seat in the state may go to Others.

What happened in Tamil Nadu in 2014 Lok Sabha Elections? 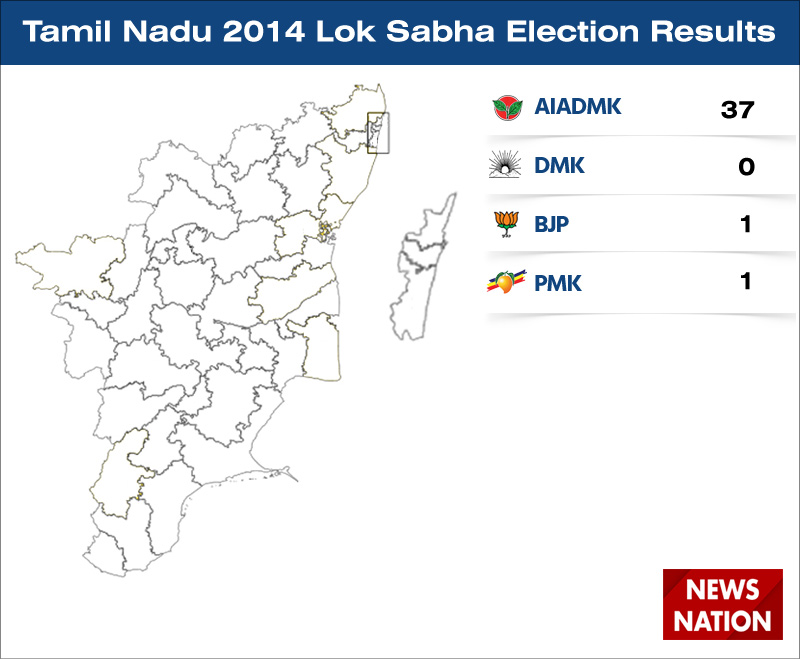 Lok Sabha Elections 2014 in Tamil Nadu were held on 24 April and the elections were declared on 16 May 2014. AIADMK, under the leadership of J Jayalalithaa, had contested on all 39 seats. It won 37 seats with a total vote share of 44.3 per cent.

The BJP won one seat (Kanyakumari) with just 5.5 per cent votes and its ally PMK won Dharmapuri constituency with 4.4 per cent votes.

What happened in Tamil Nadu in 2009 Lok Sabha Elections? 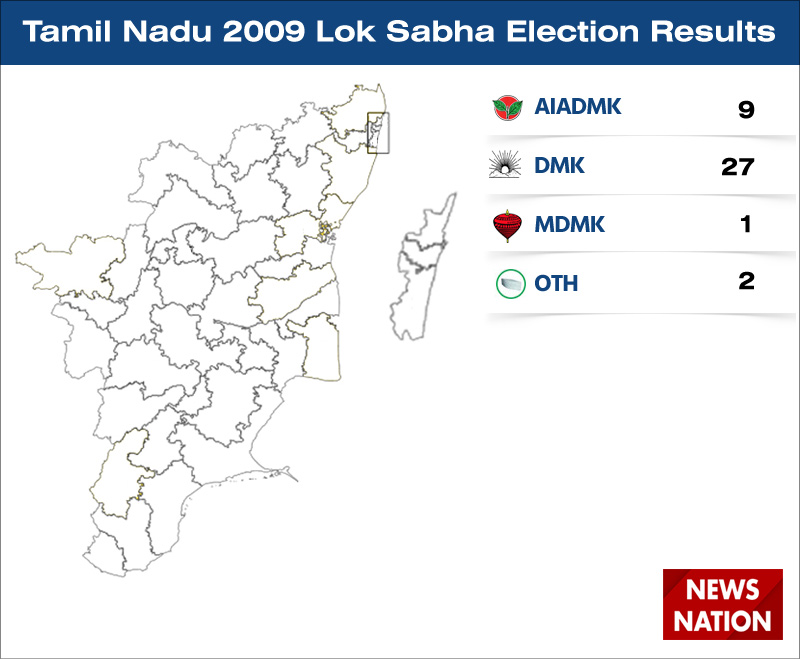 In 2009, DMK fought elections with Congress but two alliance partners of UPA - the PMK, and MDMK (breakaway) joined hands with AIADMK.

What happened in Tamil Nadu in 2004 Lok Sabha Elections? 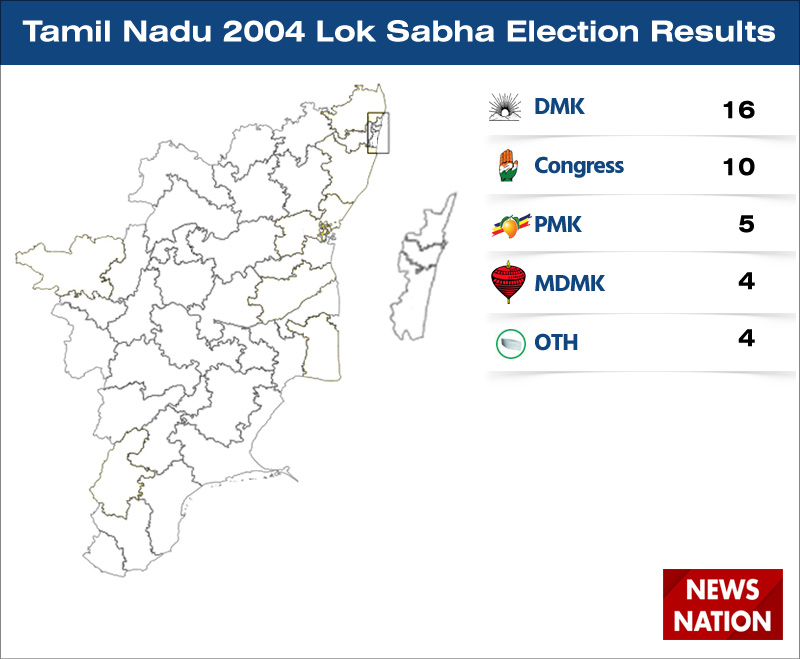 In 2004 polls, DMK and its allies won all the 39 seats and were also able to hold on to Pondicherry. The DMK won 16 seats and the Congress grabbed 10 seats. The junior partners Pattali Makkal Katchi (PMK) won 5, and Marumaralarchi Dravida Munnetra Kazhagam (MDMK) won 4. The remaining 4 seats were won by the Left Front parties.

What happened in Tamil Nadu in 1999 Lok Sabha Elections? 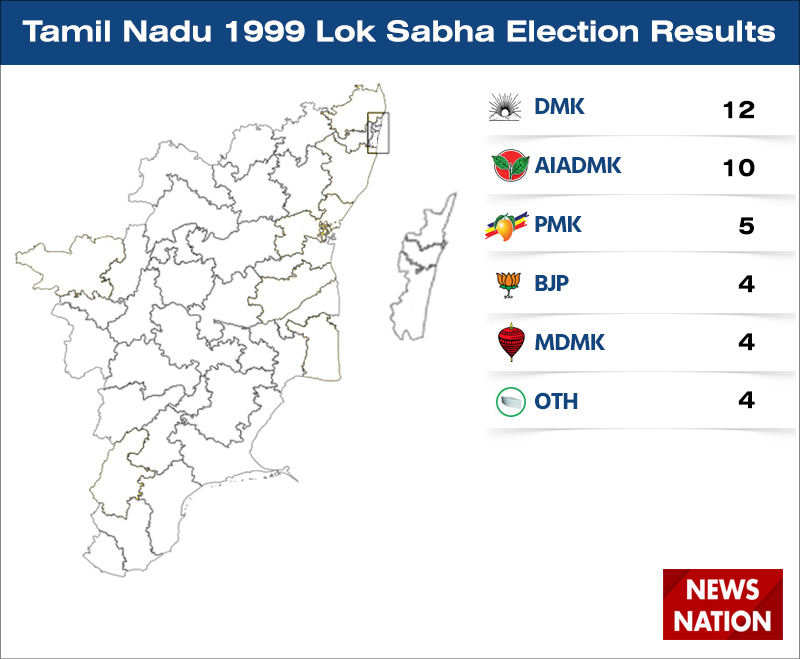 In 1999 elections, the DMK contested polls in alliance with BJP, PMK, and MDMK. They won a total of 26 seats with DMK winning maximum 12 seats, PMK getting 5 and BJP and MDMK grabbing 4 each. After leaving the NDA, All India Anna Dravida Munnetra Kazhagam, hoped to create some damage, but ended up winning just 10 seats - 8 seats less than 1998 Lok Sabha elections.

This was the first time that Dravida Munnetra Kazhagam (DMK) allied with the Bharatiya Janata Party, helping them have power at the national level for the next 5 years with the NDA, before they joined the UPA.