Lok Sabha Elections 2019: Maharashtra Sends 48 Members To The Lok Sabha. Maharashtra Will Play A Crucial Role Role In Electing The Next Government So Let's Find Out The Political Scenerio Of Maharashtra Right From 1999 To 2014.

The seven-phase Lok Sabha Elections 2019 were held for 542 of 243 constituencies between April 11 and May 19. Maharashtra sends 48 members to the Lok Sabha, the second highest after Uttar Pradesh. In the state, the elections were held in four phases. Interestingly, Maharashtra will play a crucial role role in electing the next government.

In this General Elections, the BJP-led NDA under the leadership of Amit Shah is seeking a second term in the office. Congress-led UPA under Sonia Gandhi's leadership is looking to make a comeback in power. According to the exit poll conducted by News Nation, BJP-Shiv Sena alliance in Maharashtra is likely to get upto 45 per cent of vote share in the state. Out of 48 seats, BJP is like to win 33 to 35 seats. Congress-NCP alliance is likely to win 13 to 15 seats with a vote share of 39 per cent. Now, let's understand the political scenerio of Maharashtra right from 1999 to 2014. 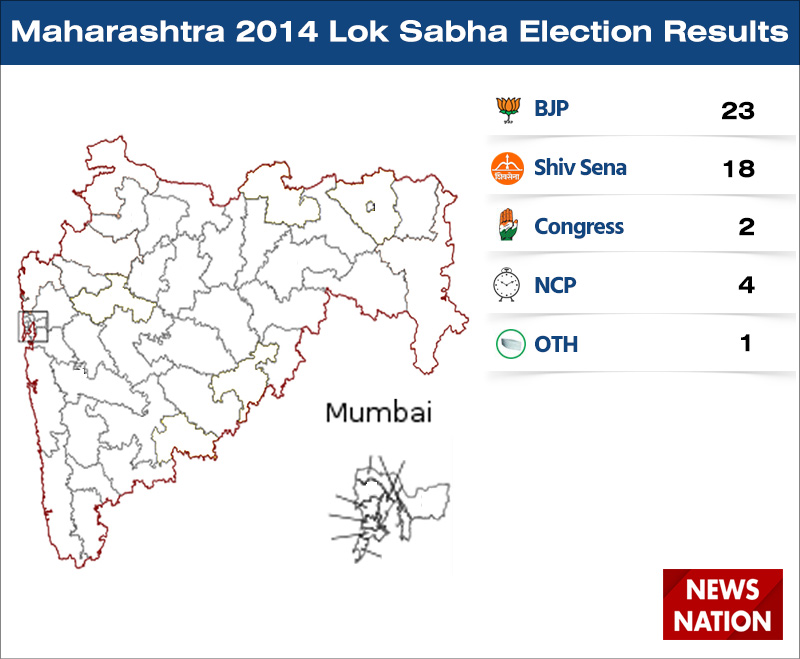 In 2014, the NDA had swept the poll, winning 42 out of the 48 seats here. The BJP itself had won 23, the Sena 18 and the Swabhimaani Shetkari Sanghathana (SSS) – now a part of the Congress-led alliance – had won one seat. The Congress had won just two seats, while its ally NCP had won four. It is to be noted that while BJP contested on 25 Lok Sabha seats and the Shiv Sena on 23 seats, the Congress and the NCP fought on 25 and 19 seats respectively - leaving two seats each for their allies. 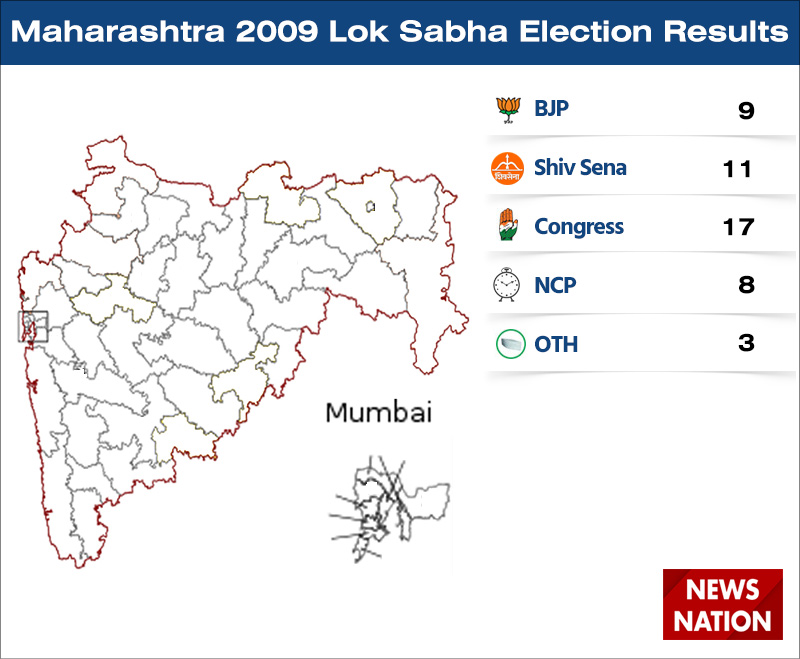 In 2009, the Shiv Sena contested on 22 seats in the state and the BJP over 25 seats . Similarly, the NCP contested on 21 seats and the Indian National Congress contested on 25 seats . Other parties in the fray included the Maharashtra Navnirman Sena (MNS), Bahujan Samaj Party which fielded candidates on 47 seats, and the Fourth Front. The MNS which was contesting its first general elections fielded candidates on 11 seats in the state. While the UPA-led by Congress won 25 seats (Congress 17, NCP 8), the NDA-led by BJP bagged 20 constituencies (BJP 9, Shiv Sena 11). Swabhimani Paksha, Bahujan Vikas Aaghadi and Independent candidates have won 1 seat each. 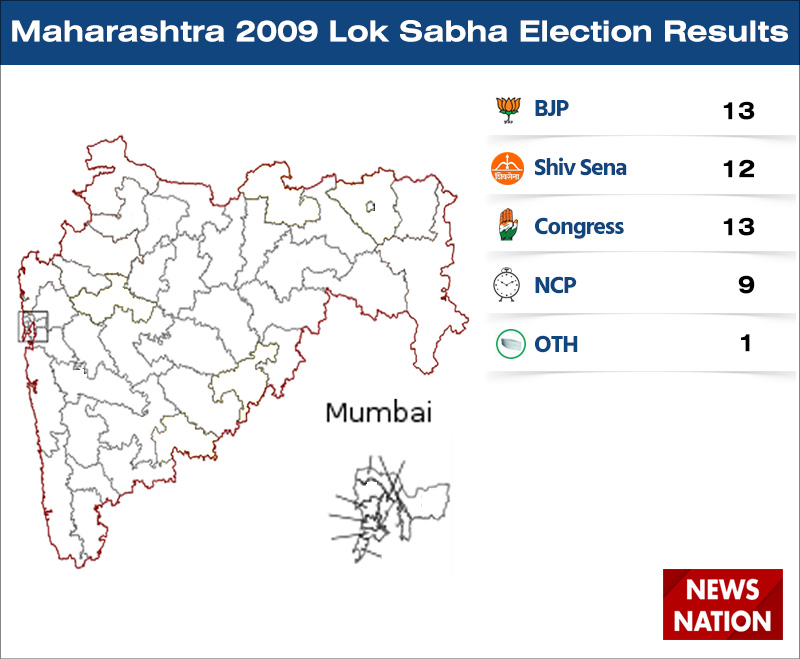 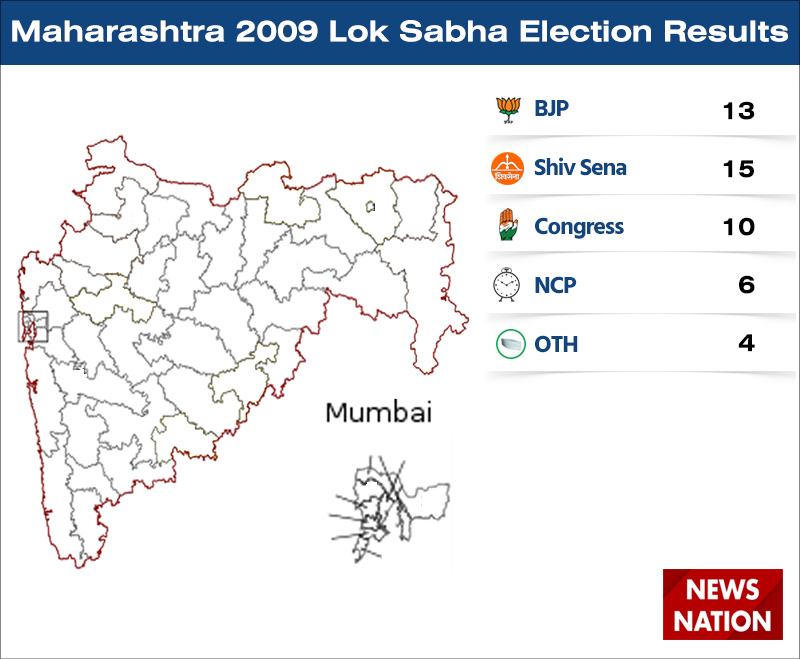