Prime Minister Narendra Modi will address public rallies at Jamui and Gaya in Bihar. Both these constituencies are going to polls in the first phase on April 11 and are being contested by BJP’s alliance partners LJP and JD(U). He will then address a public meeting at Bhawanipatna, the district headquarters town of Kalahandi in western Odisha. Congress president Rahul Gandhi will release the party's polls manifesto for Lok Sabha Polls 2019 today. The Congress Central Election Committee will meet to discuss names of candidates for Punjab, Jharkhand and Bihar.

Bharatiya Janata Party releases a list of candidates for parliamentary constituencies of Mahesana and Surat in Gujarat and Thrissur in Kerala.

Bharatiya Janata Party releases list of candidates for parliamentary constituencies of Mahesana and Surat in Gujarat and Thrissur in Kerala. pic.twitter.com/gRfDPPz3wT

PM Modi in Gaya, Bihar: There are two kinds of people who have a problem with 'Chowkidar.' One type includes 'Maha Milawati' and the second includes all those who sponsor terrorists.

Coimbatore, Tiruppur and many other cities were declared Smart City under the NDA: BJP president Amit Shah.

Election Commission has sent notice to the Ministry of Railways over 'Main Bhi Chowkidar' teacups.

I seem to have read the manifesto more than Congress president: Arun Jaitley takes a jibe at Rahul Gandhi over employment promise in Congress manifesto.

Priyanka Gandhi Vadra to accompany Congress President Rahul Gandhi to Wayanad in Kerala for the filing of his nomination from the parliamentary constituency on April 4. 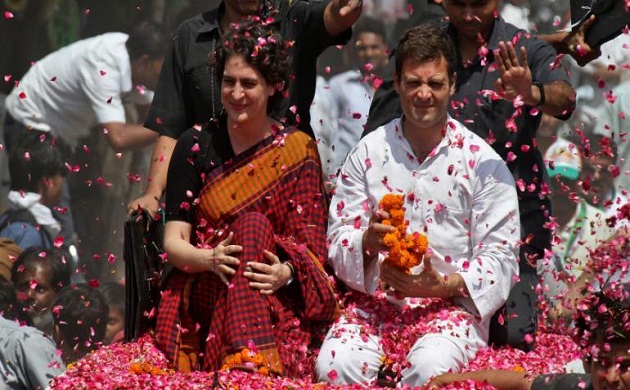 If Congress wants to replace the rule of law with the rule of insurgents and terrorists, this is not acceptable to the people of India: Arun Jaitley.

They (Congress) say they will amend and review Armed Forces (Special Powers) Acts (AFSPA). What is AFSPA? Disturbed Areas Act deals with internal subversion. Armed Forces of the Union and Central Forces, excluding Navy... a sanction is needed to file a case against a member of the forces, says the finance minister.

The manifesto states that The Code of Criminal Procedure (CrPC ) would be amended, that bail becomes a norm. It is the judiciary prerogative. Those who kill members of the forces, this provision has been entered to protect Maoists and enemies: Arun Jaitley.

No nation over the last 72 years has dealt with terrorism like India, says Jaitley.

From 2004 to 2014, I never believed Congress's budget declarations, I knew the devil was always in the detail: Jaitley.

When out of ignorance, he makes unimplementable and dangerous promises, I am sure the nation would not be in a mood to oblige him, for implementing the kind of promises which are contained in this manifesto, says Jaitley.

The Congress manifesto contains a statement of Congress President that whenever he makes a promise, he never breaks it: Arun Jaitley.

They (Congress) are saying the law of sedition will be removed, the party who makes such promises does not have the right to get a single vote: FM Arun Jaitley.

Congress is moving forward on the agenda of the Nehru-Gandhi family's historic blunder on Jammu and Kashmir, says Jaitley.

Nehru-Gandhi family committed a historic mistake regarding Jammu and Kashmir and the nation can't forgive them for that: Finance Minister Arun Jaitley.

In its entire chapter on Jammu and Kashmir, Congress manifesto has nothing on the plight of Kashmiri Pandits: Arun Jaitley.

Our fight against terrorism did not start from 26/11, people who wanted to break India were active in the country since long: FM Arun Jaitley.

Congress party has an agenda in its manifesto that would break the country: Arun Jaitley

Even though there was a drafting committee, but it appears that some of the important points have been drafted by the Congress president's friend in Tukde Tukde gang when it deals with Jammu and Kashmir, says Jaitley.

Some of the ideas are positively dangerous in the Congress manifesto. They are for an agenda for the vulcanization of India: Arun Jaitley.

Union minister Shripad Naik, who is contesting from North Goa Lok Sabha seat, on Tuesday said the BJP has incorporated inputs given by late chief minister Manohar Parrikar for its poll campaign in the coastal state. “We are certainly going to miss Parrikar’s presence in the poll campaign. He was one of our main speakers at rallies and a crowd-puller,” Naik told PTI in an interview.

BSP Chief Mayawati in Bhubaneswar: The way PM Modi's government implemented GST and demonetization, in haste, that affected small businesses; that also led to increase in unemployment. Congress was involved in Bofors and now BJP govt is involved in Rafale.

The Election Commission writes to President Ram Nath Kovind to bring it to his notice that Rajasthan Governor Kalyan Singh's remark that Narendra Modi should be re-elected as the Prime Minister is violative of the Model Code of Conduct.

“The announcements made by the BJP in the last days of their government are just for electoral gains," says BSP chief Mayawati in Bhubaneswar.

The Election Commission on Tuesday issued notification for phase four of Lok Sabha elections to be held on April 29 in which 71 seats across nine states will go to polls. Uttar Pradesh, Bihar and West Bengal will head for voting in all the seven phases of the general elections.

Rahul Gandhi at Congress' election manifesto release: I also said that whatever is going to be in this manifesto has to be truthful, I do not want a single thing in this manifesto that is a lie because we have been hearing large number of lies spoken everyday by our PM.

Congress President Rahul Gandhi: PM had spoken about MGNREGA. He mocked and said it is a bogus and useless scheme. Today everyone knows how much it helped the country. So now we want to guarantee jobs for 150 days, instead of 100 days, under the scheme.

If a farmer can't repay loan, it will be a civil offence and not a criminal offence, says Rahul Gandhi in manifesto.

In a setback to TDP in Telangana, one of its spokespersons, B N Reddy joined the ruling TRS on Tuesday. Reddy joined TRS in the presence of its working president K T Rama Rao, TRS sources said.

Purpose of Cong manifesto is to spell out the vision of moving towards forward-looking and inclusive economy, polity: Former PM Manmohan Singh.

Real issues in country are unemployment, farmer distress and women's safety, among others: Chidambaram at Cong manifesto launch.

P Chidambaram says, “You will find there is enough in the manifesto which addresses the concerns of Youths, minority, the state of healthcare and education and that concerns the internal and national security.”

MP Rajeev Gowda says, “Rahul Gandhi said he wanted something different this time in mainfesto, he said go out and listen to people of India and reflect it in manifesto. We took our mission very seriously, this manifesto reflects the ideas and hopes of people of India.”

Former prime minister Manmohan Singh arrives at Congress office ahead of the release of the manifesto.

During long years of Congress rule at Centre there was no tribal affairs ministry...only in Vajpyeee government separate tribal affairs ministry was created. Congress and BJD have treated poor as vote bank. Rajiv Gandhi had told here in Kalahandi that if he is sending Rs 1 only 15 paise reaches poor. I can proudly say that if the central government sends Rs 1 for the poor the full amount reaches the poor: PM Modi

Tej Pratap, the son of Lalu Prasad said, “What will the party do if there are no people, Tejaswi should understand that we are demanding seat for our party members they are not from outside. If a situation arises I am also ready to fight, he (Tejaswi) is younger than me he should listen to me. We have to save the constitution of India, need to fight BJP and RSS” as quoted by the CNN News18.

Addressing the rally in Odisha's Kalahandi, Prime Minister Narendra Modi asks, “In the state, for the first time since Independence, who provided electricity to the villages in the state.” He also said, “BJP provided sanitation facility for poor and women. 50 lakh toilets were built for the safety of women. Our government also provided banking facilities for the poor.”

"In the past 5 years, without taking a single holiday as much as a single body can work, I have worked day and night for the change that is happening today," says PM Modi.

BJP candidate BR Waghe and Congress nominee Atum Welly will vie for Pakke-Kesang seat in the newly created district in Arunachal Pradesh, which was earlier a part of the East Kameng district. The state is going to simultaneous Lok Sabha and assembly polls on April 11.

Prime Minister Narendra Modi is addressing an election rally at Kalahandi in Odisha. 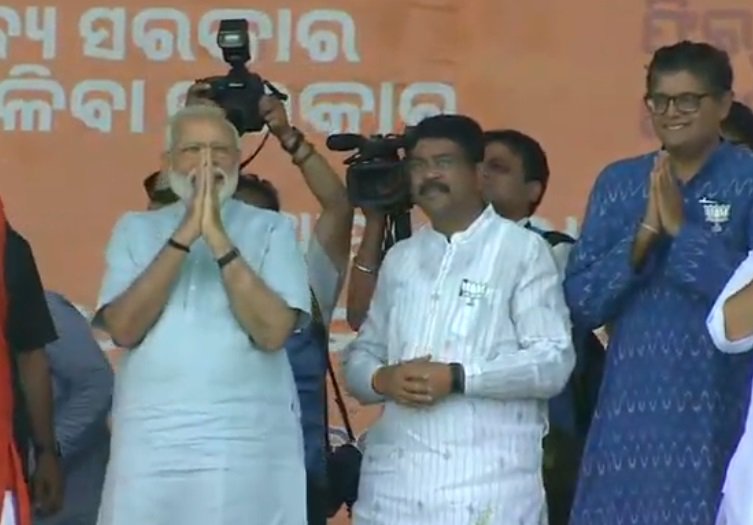 Preparations underway for the release of the Congress' manifesto, SEE PICTURE

Supreme Court declines urgent hearing of Patidar leader Hardik Patel's plea seeking a suspension of his conviction in a 2015 case relating to rioting so that he can contest the upcoming Lok Sabha elections.

Bihar: Union Minister Ashwini Kumar Choubey has been granted bail by a local court in connection with a matter where he had misbehaved with SDM KK Upadhyay in Buxar after the official had stopped his convoy for violating the model code of conduct. The incident had taken place on March 30. 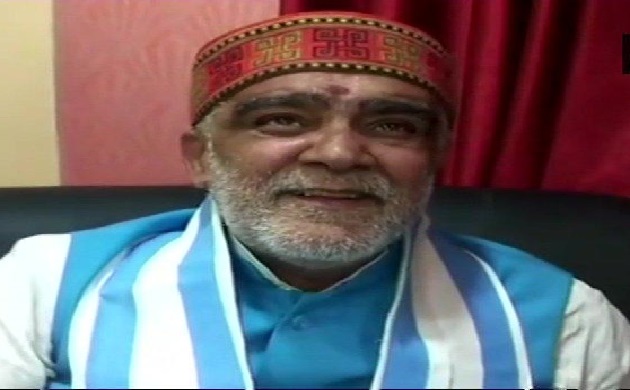 Priyanka Gandhi Vadra's 3-day tour of Bundelkhand has been cancelled for now. She was supposed to tour the area from April 3 onwards. The new schedule will be out soon. 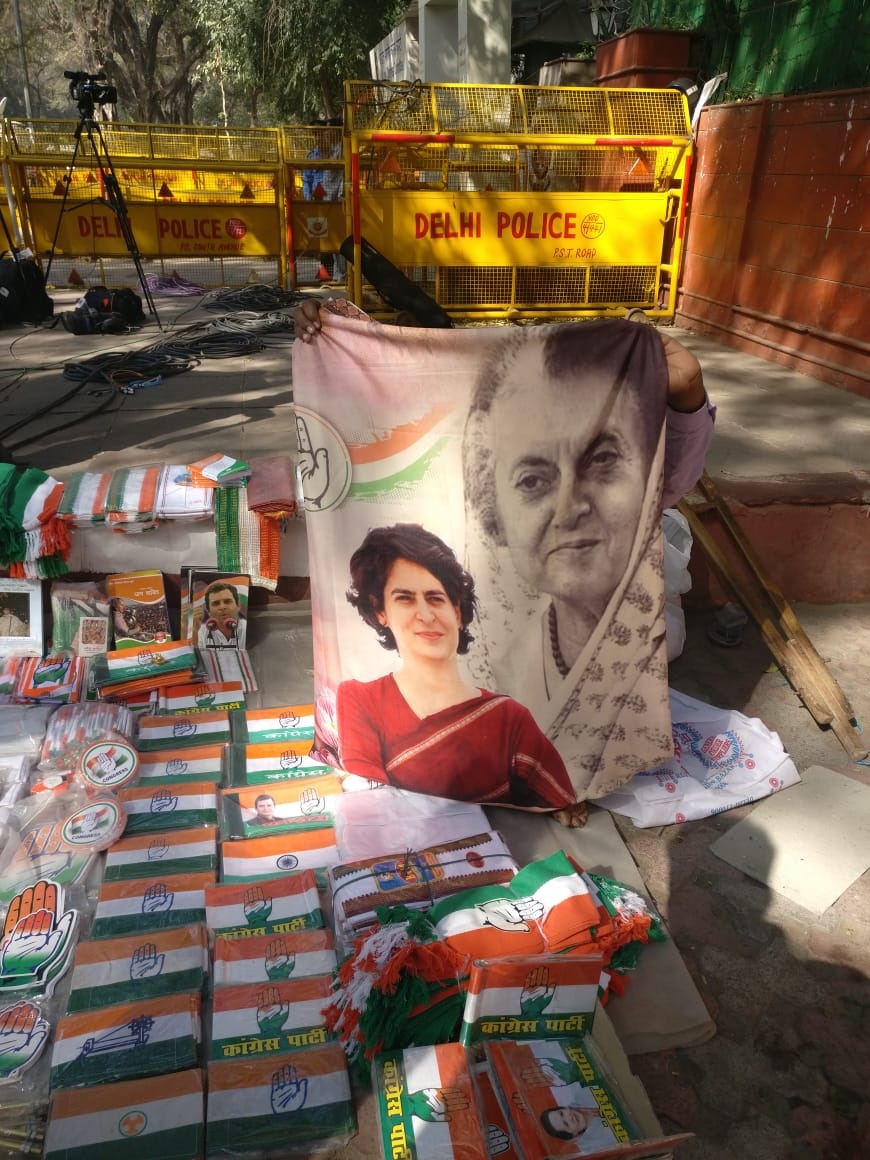 BSP chief Mayawati will visit Uttarakhand's Roorki on April 6 and Congress president will tour the Piran Kaliyar constituency in the hill state.

BJP might just give the Bhadoi and Jaunpur seats in Uttar Pradesh to Nishad Party as allies are pressuring BJP.

Tamil Nadu: Urging people to vote in the upcoming elections, Coimbatore-based miniature artist Raja has carved 18 election party symbols in one gram silver, and milligram gold in a miniature EVM, a compass and a pencil in which a person raises his hands with the black ink-mark. 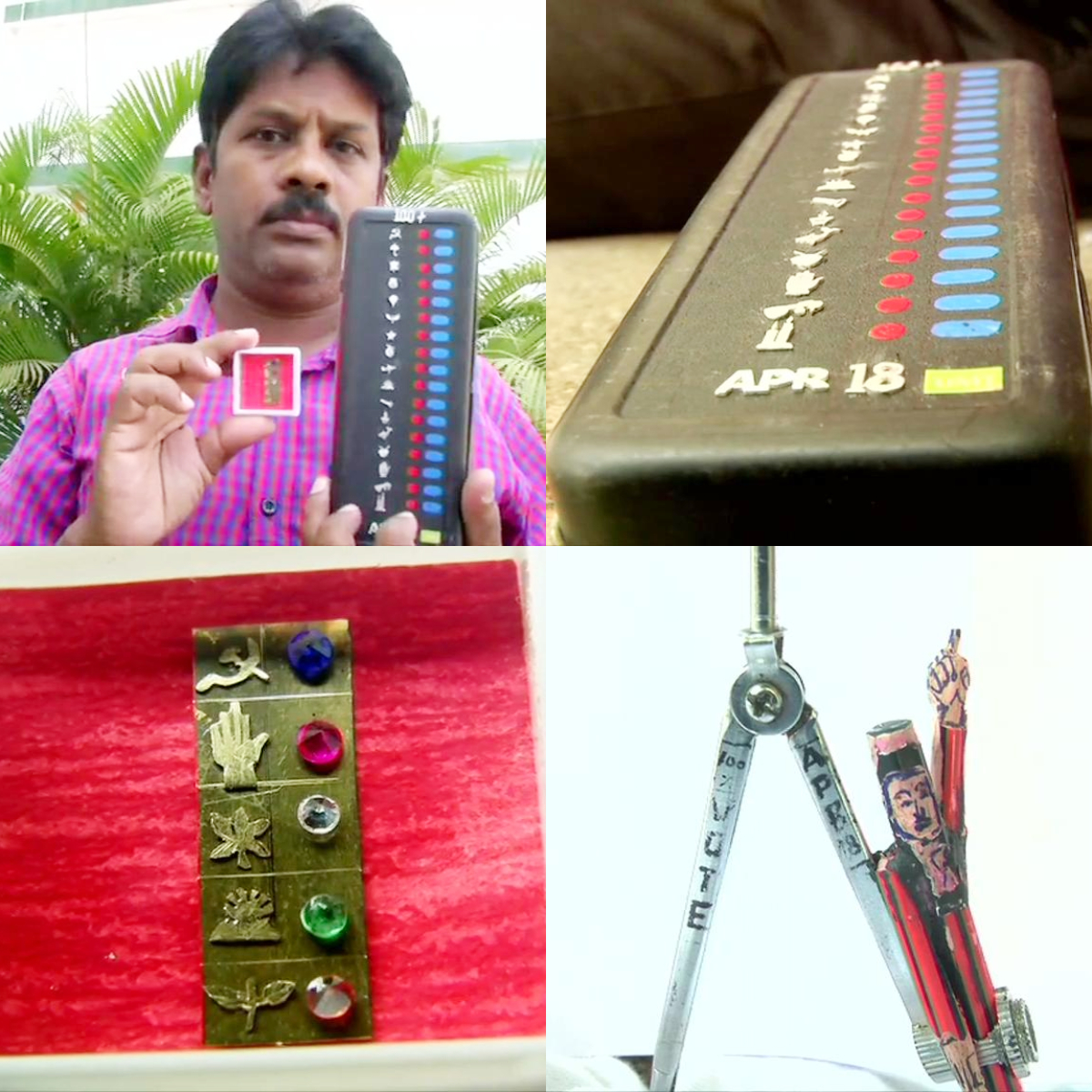 The Congress Central Election Committee will meet to discuss names of candidates for Punjab, Jharkhand and Bihar.

The prime minister will also address a public meeting at Bhawanipatna, the district headquarters town of Kalahandi in western Odisha.

Prime Minister Narendra Modi will address public rallies at Jamui and Gaya in Bihar today. Both these constituencies are going to polls in the first phase on April 11 and are being contested by BJP’s alliance partners LJP and JD(U).