Get all the LIVE updates here:

Mathura: 76-year-old Fakkad Baba is contesting elections for 17th time even after losing his deposit 16 times. Till now he has contested 8 assembly & 8 Lok Sabha polls. He says, "I'm following my guru's order; he told me that I'll succeed in my 20th time". #LokSabhaElections2019 pic.twitter.com/kalleww9y9

Prime Minister Narendra Modi will address traders of the country at Talkatora Stadium on April 19. He will discuss the issues of the community as mentioned in the party's 'Sankalp Patra' manifesto.

PM Modi tells voters to punish Congress and its allies in such a way that they will not be able to even save deposits.

You may feel that the Processor of Congress is slow but their Software is corrupt. Their processor slows down when they had to take action in the interest of the country, says PM Modi.

In their manifesto, Congress states that AFSPA will be diluted, should they come to power. They intend to make our soldiers helpless through this action. They also plan to withdraw our forces from J&K, says PM Modi.

Congress says they didn't conduct the test earlier as they wanted to keep it a secret. It was this approach of keeping secrets due to which India lagged behind in technology."Aaj ye himmat Modi ne dikhayi,duniya Bharat ka loha manne laga", says PM Modi.

When Congress' 'mahamilavati remote govt' was at centre, didn't blasts occur in Bengaluru? Didn't the nation was living under fear of terror attacks? Did any major blast took place in last 5 yrs of your "chowkidaar's chowkidaari". It was power of your 1 vote that made it possible, says PM Modi in Bengaluru South.

It's because of this love that makes impossible, possible. Credit for my work goes to people who elected me in 2014. For 2019, I again want your blessings, says PM Modi in Bengaluru South.

Maharashtra CM Devendra Fadnavis: In Nanded, the environment in favour of BJP-Shiv Sena alliance is such that Ashok Chavan (Congress) is paying rent to bring people in rallies. We bring stage and chairs on rent, but Ashok Chavan in their y'day's rally had to bring leaders on rent.

Union Minister Dharmendra Pradhan at a public meeting at Chaudwar in Cuttack, Odisha: If voted to power in Odisha, BJP will provide food items at Rs 1 (5 kg rice, 500 gms dal and salt); nearly 3.26 cr beneficiaries under National Food Security Scheme will be benefited.

Country gave opportunity to Congress in 20th century, but the party lost it by giving it to one family, says PM Modi in Mangaluru.

In Kerala, the situation is so bad that no one can openly pray to Lord Ayyappa, says PM Modi attacking LDF and Congress without naming them.

Inspiration for Congress-JDS is "pariwarvad" (dynasty)", but for us it is "Rashtravad" (nationalism)", says PM Modi in Mangaluru.

#WATCH: Prime Minister Narendra Modi urges people to climb down the trees at his public rally in Mangaluru, as the crowd swells. #Karnataka pic.twitter.com/0SeGmY4ZH3

A nation that forgets its history and brave hearts who sacrificed their life, it ceases to exist. Now when Modi remembers these martyrs, it troubles Congress and its allies, says PM Modi.

Five years ago, it was unimaginable that a person serving the poor tribals can be conferred Padma Shri Award, says PM Modi in Mangaluru.

Congress and JDS are inspired by dynasty and we are inspired by nationalism. They find ways to benefit their family but we work hard to bring the marginalized to the mainstream. Their philosophy is dynasty and our is Antyodya, says PM Modi in Mangaluru.

Punjab CM Captain Amarinder Singh on reports of party leaders being unhappy with ticket distribution: There are some leaders who're very senior colleagues of Congress. Party has given them a lot. Now it's time, they should accept what party has decided at national level.

PM Modi in Mangaluru: When I was coming here from the airport which was a long journey, I saw that not a human chain but a human wall is there on both the sides of the road. I thought if so many people are here,who will be there (at the rally). But same no of people are here as well.

BJP president Amit Shah in Shahjahanpur: When it is time for elections, behenji remembers Ambedkar ji but when she comes to power, she forgets Ambedkar ji and builds her own statues. It is the BJP govt that has built Ambedkar ji's memorial in 5 years.

Narendra Singh, RLD leader and SP-BSP-RLD candidate from Mathura: Who seems more confident by face? Hema Malini has make-up, I've no make-up. I'm getting good response from public. Reason behind that is I'm a local and capable of diluting grievances of people.

Mayawati slams Uttar Pradesh Chief Minister Yogi Adityanath over his 'Ali-Bajrangbali' remark, says we have both Ali and Bajrangbali.

Andhra Pradesh CM Chandrababu Naidu after a meeting with EC officials: Govt of India is interfering through EC. We have complained against EVMs earlier also. The Election Commission is an autonomous body but they are working at the instructions of Modi. Transfers of officers in Andhra Pradesh is unjustified.

West Bengal Chief Minister Mamata Banerjee in Siliguri: I would request all not to vote for CPM and also please do not waste your vote by giving it to Congress. I was in Congress then quit and formed Trinamool, following which you are witnessing development

Congress leaders make every effort possible to create a North and South divide and that too before elections: PM Modi

We brought a bill in the Parliament to abolish practice of Triple Talaq but Congress, DMK and Muslim League opposed it: PM Modi

India will not spare a single terrorist or Jihadis: PM Modi

When the Congress and their allies were in power, terrorists were attacking the nation regularly. City after city, there were blasts. But, Congress remained helpless and silent: PM Modi

In the process of hating Modi, the Opposition has begun to hate India: PM Modi

Your Chowkidar has been able to take path-breaking decisions for welfare of fishermen: PM Modi

After 23rd May, when the Modi Government will once again assume office, there will be a separate Ministry for Jal Shakti. This Ministry will cater to many aspects relating to water: PM Modi

The 100-year-old Pamban Bridge has been transformed into a state-of-the-art bridge: PM Modi

Work is fast progressing on doubling of railway tracks between Rameswaram and Dhanushkodi: PM Modi

For this region, we have given importance to connectivity and tourism: PM Modi

I am an MP from Varanasi which is connected to Ramanathapuram by the bonds of faith and spirituality: PM Modi

Dr. APJ Abdul Kalam had several dreams for our nation. Today, it is our duty to fulfill those dreams and take India to new heights of growth and glory: PM Modi

Both 'Ali' and 'Bajrangbali' are ours: Mayawati

BSP asks for vote only on the basis of development, says Mayawati

The AIADMK candidate and his family have stood by you through thick and thin, for generations: PM

The Congress was not able to locate a candidate who belonged to this region: PM

For decades, farmers were demanding MSP at 1.5 times the cost. We have fulfilled this demand: PM

Congress and dishonesty are best friends but sometimes, by mistake they end of speaking the truth. Now they are saying- ‘Ab Hoga Nyay’. Even if they did not intend to, they have admitted that all they have done so far is 'Anyay': PM

I assure my fellow Indians that we leave no stone unturned in protecting India and destroying forces of terror: PM

When it comes to national security, there can be no compromises: PM

This land of Theni is known for its brave people who serve the nation: PM

The Congress, the DMK and their other Maha MIlawati friends, can never work for India’s development: PM

The Madhya Pradesh government has become their ATM: PM

What all have we been witness to? Father becomes the Finance Minister and son loots the country. Whenever they are in government, they always loot: PM

Some days ago, DMK supremo projected the Naamdaar as Prime Minister. But no one was ready to accept it. Not even their Maha Milawati friends. Why? Because they all want to be PM: PM

All the corrupt have ganged up in an attempt to defeat Modi: PM

Despite such bitterness in the past, today, the Congress and the DMK are together again, in an attempt to mislead the people: PM

Those of you, who recall 1979, would know how the Congress had humiliated the DMK. More recently, when the 2G scam happened, Kanimozhi was in jail and DMK leaders were criticizing the Congress: PM

Those who were sworn enemies, have come together, in an effort to hoodwink the people of Tamil Nadu: PM

Today, India is rapidly making a mark in the world. The Congress, DMK and their 'Mahamilavati' friends can't accept this hence they're unhappy with me: PM Modi.

We move forward with the dream of a New India. An India, where everyone, from the soldier to the farmer, can lead a life with security, prosperity and dignity: PM Modi in Theni.

I also pay homage to the great MGR and Jayalalithaa Ji: PM Modi.

We observe today, the solemn occasion, of the completion of 100 years since the Jallianwala Bagh massacre. I pay my respects to the martyrs of this incident: PM Modi.

The temperature is high and so is the enthusiasm. I thank all who have come today to bless us: PM Modi in Theni. 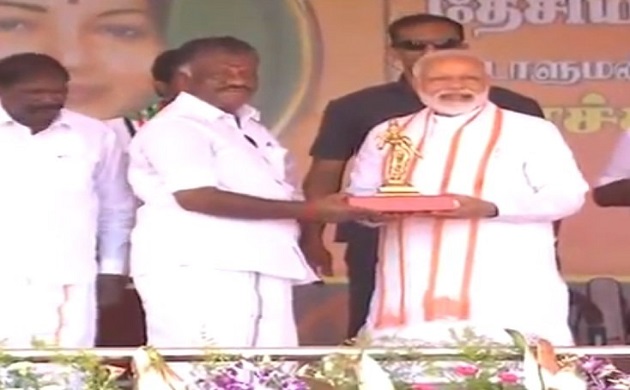 Tamil Nadu CM in Theni: Congress which is a part of DMK led alliance here has announced Rahul Gandhi as PM candidate but its allies have not come out in open supporting his candidature. In our alliance all parties have accepted PM Modi as the PM candidate,this shows our unity.

Tamil Nadu CM in Theni: Congress which is a part of DMK led alliance here has announced Rahul Gandhi as PM candidate but its allies have not come out in open supporting his candidature. In our alliance all parties have accepted PM Modi as the PM candidate,this shows our unity pic.twitter.com/BPkmFFkO8E

Rabri Devi: Nitish Kumar wanted to come back, he had said that I want to see Tejashwi as CM in 2020 and you declare me as PM candidate. Even, Prashant Kishor came to meet us five times after our alliance had ended.

61.50 per cent polling recorded in Uttarakhand.

Polling parties in Arunachal Pradesh at Luguthang - Mukto Assembly Constituency, which is at an altitude of 13583 feet. 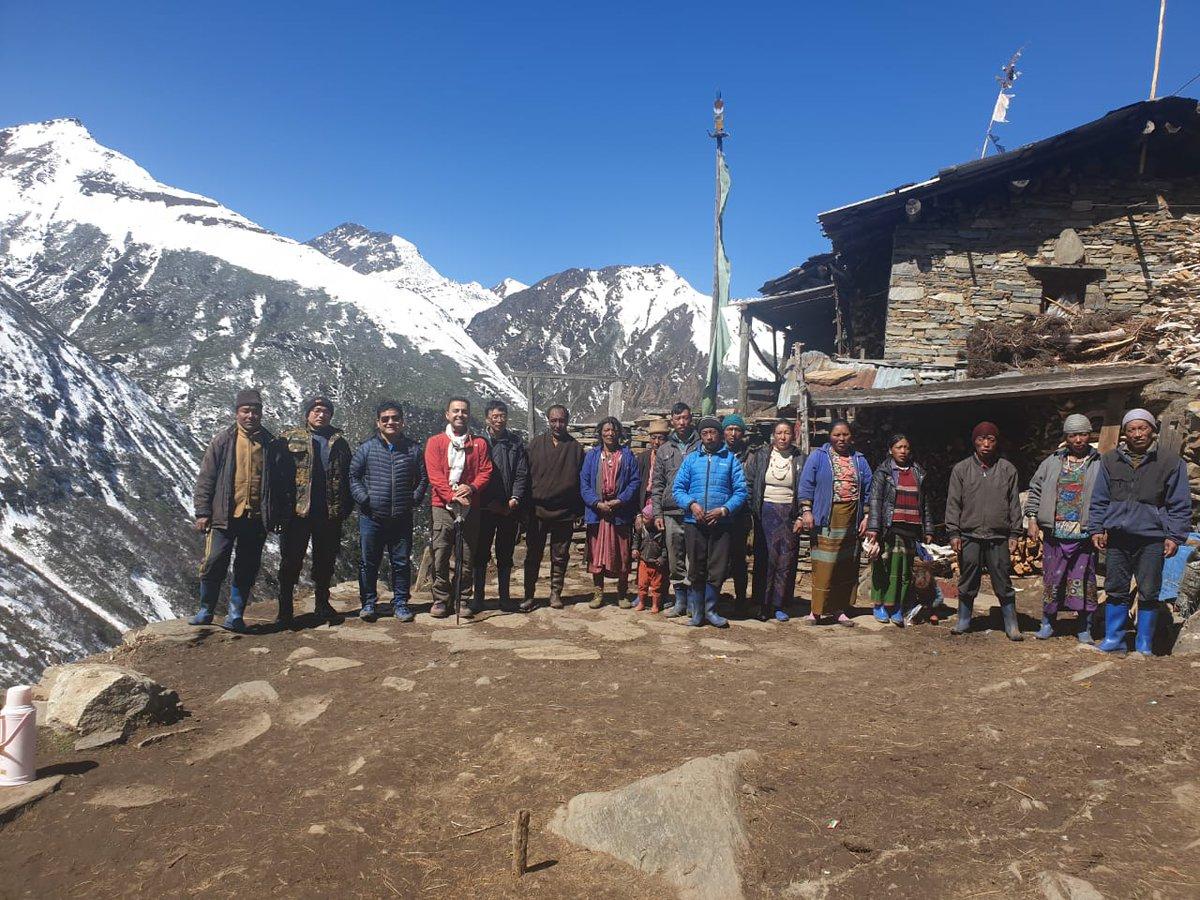 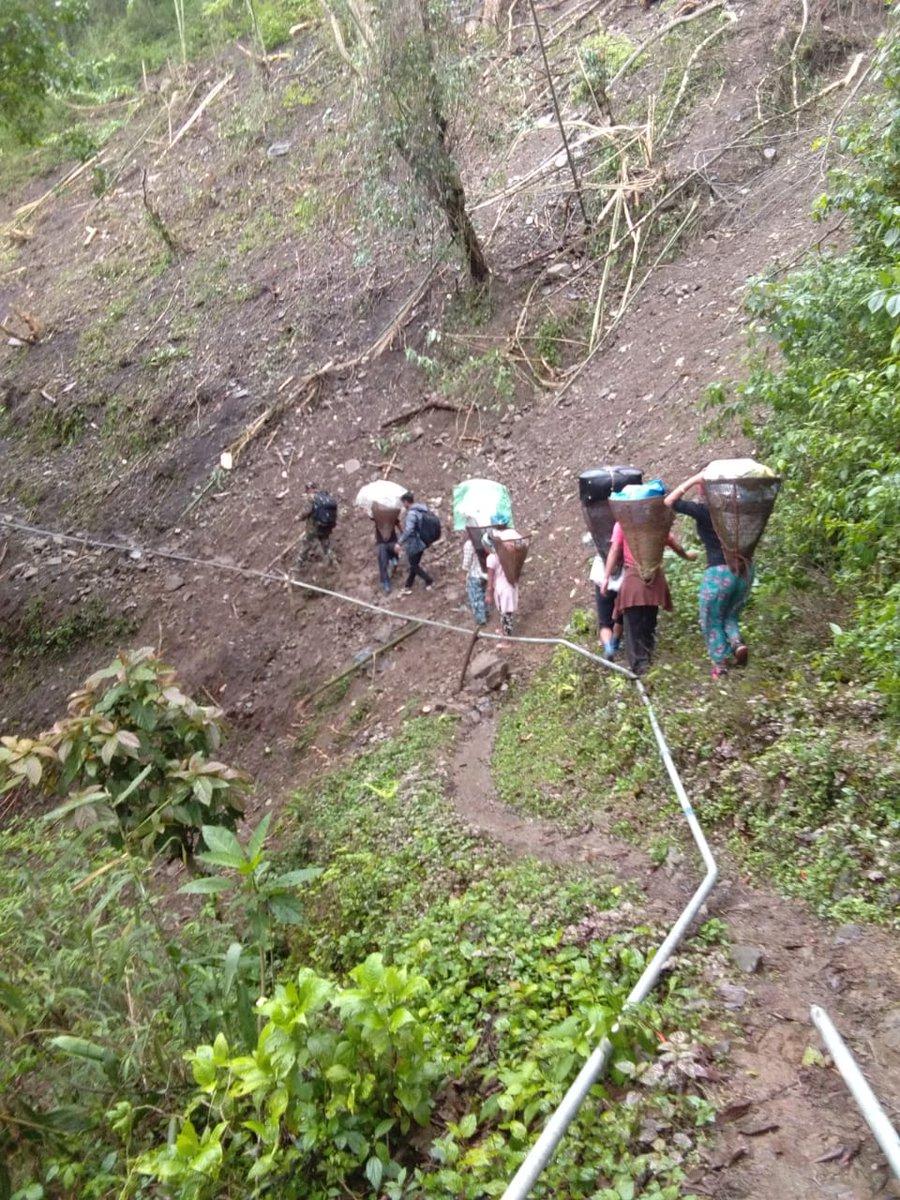 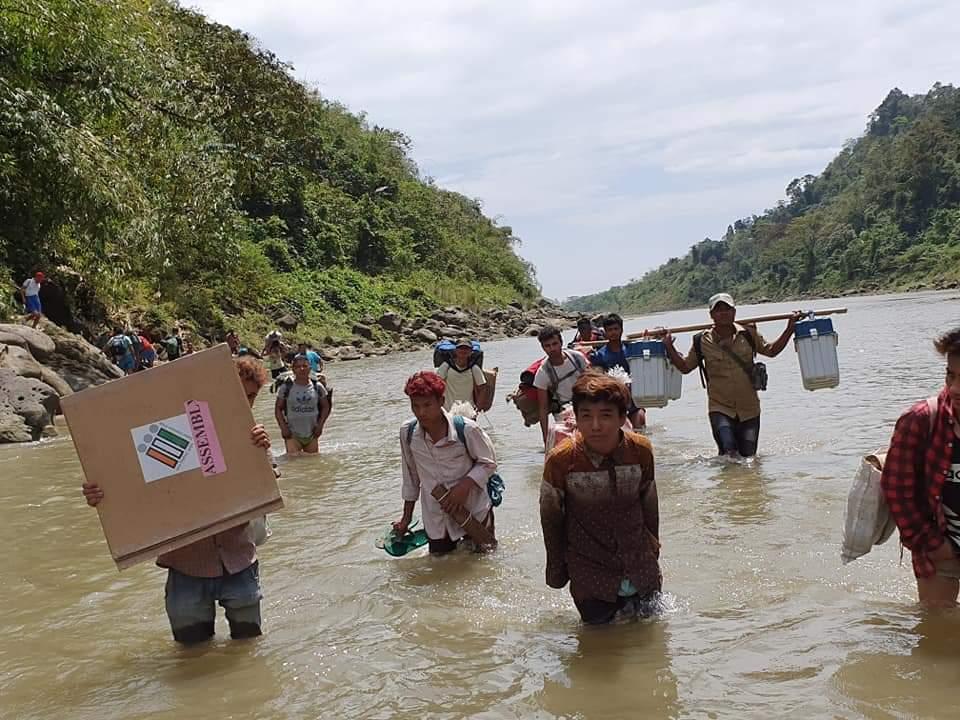 A voter turnout of 69.43 per cent was recorded in phase one of Lok Sabha elections held Thursday, the Election Commission said on Friday night.

The names of Union minister Uma Bharti and Pragya Singh Thakur, who is facing trial in the 2008 Malegaon blast case, are doing the rounds as the BJP’s pick to take on Congress leader Digvijaya Singh in Bhopal.

Delhi CEO directs BJP to not air content on NaMo TV without certification.

Robert Vadra: I think people of Amethi & Rae Bareli feel very happy that the family is with them & have been with them forever and the development is always on our minds. We always reach out & meet everyone. We will do all we can to further develop both Amethi and Rae Bareli.

Union Home Minister Rajnath Singh in Botad, Gujarat: If someone tries to break India, should they be forgiven? They say they will end the sedition law, to whom are they giving a signal? If our government comes to power we will make the sedition law even more stringent.

BSP chief Mayawati will hold joint rallies with Samajwadi Party, RLD at Badayun and a Bulandshahr.