We Predicted That The BJP-led NDA Will Win Anything Between 282 And 290 Seats, While The Congress-led UPA May Garner A Maximum Of 126 Seats.

According to exit poll results, Narendra Modi is set to return as the prime minister for a second term.

The Bharatiya Janata Party (BJP) is set to return to power for the second term on May 23 when the results of the Lok Sabha elections 2019 will be announced, according to the News Nation exit poll that was announced on Sunday. The channel predicted that the BJP-led National Democratic Alliance (NDA) will win anything between 282 and 290 seats, while the Congress-led United Progressive Alliance (UPA) may garner only a maximum of 126 seats.

Interestingly, Others will perform better than the UPA with the maximum of 138 seats. The NDA won 336 seats in the 2014 Lok Sabha polls, while the UPA, which had been in power for two straight terms, was reduced to 59.

Election Commission: Sec-144 (prohibits assembly of more than 4 people in an area) has been imposed in Bhatpara for undefined time-period to combat post-poll violence.

They (BJP) have been trying this since day 1,have proved majority at least 4 times in last 5 months.They want to do it again, we have no problem.They'll try their best to disturb present govt to save themselves from getting exposed. Govt is ready for floor test: CM Kamal Nath

BJP MLA and Minister of State Anil Rajbhar has been given additional charge of departments headed by Suheldev Bhartiya Samaj Party (SBSP) Chief OP Rajbhar who was dismissed by Governor on recommendation of CM office.

Andhra Pradesh CM N Chandrababu Naidu: I am 1000 per cent confident that TDP will win the elections. I don't have even 0.1 per cent doubt, we are going to win. There are many problems in counting process. The EC should take steps to resolve all those problems. There are many rumours regarding EVMs, including that printers may be manipulated &that control panels will be changed. EC has given scope for suspicion

Madhya Pradesh Leader of Opposition Gopal Bhargava says, 'MP govt will fall on its own'

Madhya Pradesh Leader of Opposition and BJP leader Gopal Bhargava: It will fall on its own (MP Government), I don't believe in horse-trading but I feel its time has come and it will have to go soon. We are sending a letter to Governor requesting an assembly session as there are a lot of issues.

Piyush Goyal, BJP after meeting with EC: We gave the Election Commission detailed information of the violence inflicted upon our workers. We reiterated our demand for re-poll for constituencies where violence occurred in 7th phase and earlier phases, particularly in West Bengal. 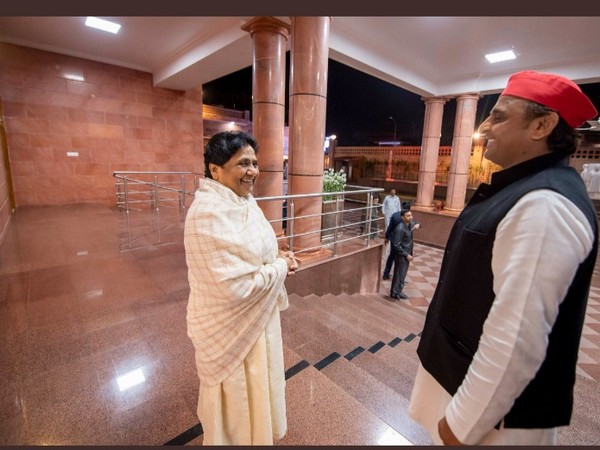 We will accept the people's mandate: Shivpal

SP leader Shivpal Yadav says that the party that comes to power will need our support.

Madurai bench of Madras High Court grants anticipatory bail to Kamal Haasan in a case filed against him by Hindu Munnani party for his comments on Nathuram Godse.

Office: "CM has requested the governor to dismiss Suheldev Bhartiya Samaj Party chief Om Prakash Rajbhar from the UP Cabinet with immediate effect." Rajbhar, a minister for backward class welfare and divyangjan' empowerment, had earlier resigned from Cabinet but his resignation wasn't accepted. 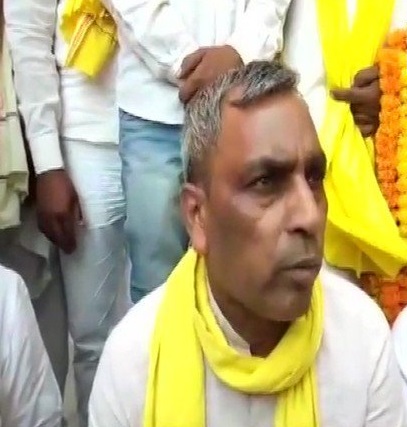 When I said I'll win 22 seats in the state, no one took me seriously. I'm sure now the media will understand. All surveys have predicted the same thing, it's not a surprise if we win 22 seats. It's clear that some big names will see a setback, says BS Yeddyurappa, Karnataka BJP president. 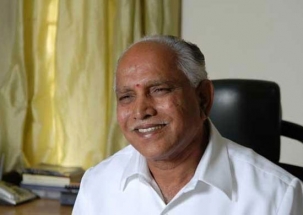 #Video | When I said I'll win 22 seats in the state no one took me seriously. I'm sure now media will understand. All surveys are saying the same' says B. S. Yeddyurappa@BSYBJP #ElectionsWithNewsNation

According to News Nation Exit Poll, BJP may get 10-12 seats, while AITC may win 26-28 seats in West Bengal.

HD Kumaraswamy: Whom are you (media) trying to help by misusing our name. I'm thinking of bringing in a law. What have you thought of us politicians? You think we're jobless? Do we look like cartoon characters to you? Who gave you authority to show everything humorously?

BSP leader SC Mishra to ANI: Mayawati ji has no programme or meetings scheduled in Delhi today, she will be in Lucknow.

The BJP on Sunday accused the TMC of letting loose widespread violence in the last phase of the Lok Sabha elections in West Bengal, and demanded repolling in several booths in eight out of the nine constituencies. Over 72 per cent of voters of the over 1.49 crore electorate exercised their franchise till 5 pm in the nine constituencies of West Bengal during the seventh and final phase of polling.

According to News Nation Exit Poll, BJP-Shiv Sena alliance is likely to win 33-35 seats while Congress-NCP may get 13-15 seats.

According to News Nation Exit Poll, BJP-led NDA and SP-BSP alliance are likely to win 38-40 seats each, while Congress may win 2-3 in Uttar Pradesh.