Track All The Latest News On The Last And Final Day Of Campaigning.

On the last day of campaigning for the final and final phase of polling, Prime Minister Narendra Modi addressed a rally in Khargone, Madhya Pradesh and said, "Ab ki baar, 300 paar (we will win over 300 seats now)." He also told the people of Khargone, "After decades you will elect a majority government for the second time in a row." PM Modi also ssured the tribals, "Till Modi and BJP are there, nobody can touch land of those living in forests." Congress chief Rahul Gandhi addressed a public meet at Solan in Himachal Pradesh where he said that the 'BJP government hasn't fulfilled promises.' He also said that the PM never talks about unemploymentand corruption. Yogi Adityanath will address numerous rallies in Uttar Pradesh.

Campaigning ends for the last and seventh phase of Lok Sabha elections 2019 on Friday evening.

80 BJP workers have been killed in one and a half years. What does Mamata Banerjee has to say about this? If we were responsible for this, why violence didn't take place anywhere else?: Amit Shah. 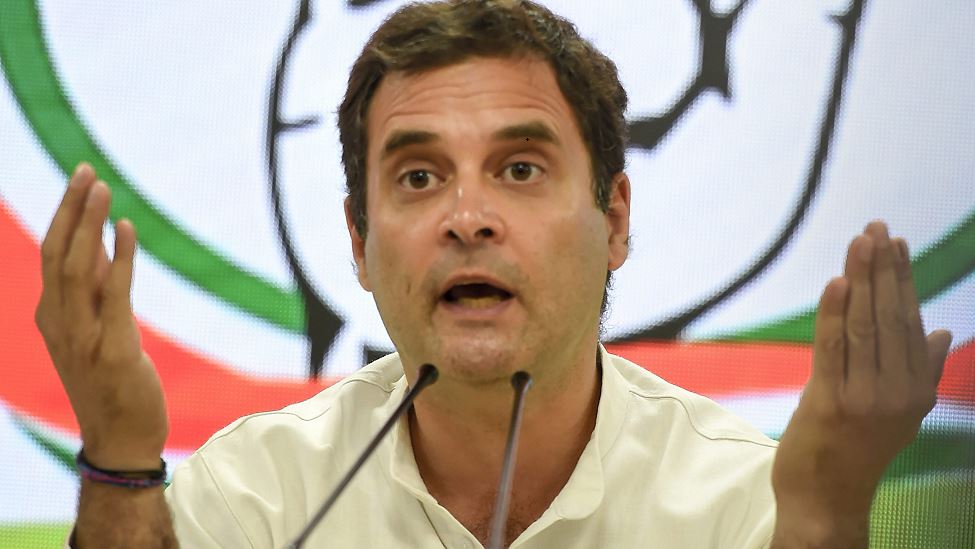 I respect the fact that BSP-SP decided to fight the elections together in UP. From the Congress party perspective, I have to push the Congress ideology in UP. I made it very clear to Jyotiraditya and Priyanka that priority number one is to make sure BJP losses: Rahul Gandhi.

BJP President Amit Shah on Pragya Singh Thakur's statement on Nathuram Godse: Party has served her a show cause notice & asked her to reply within 10 days. After she files a reply, party's disciplinary committee will take appropriate actions.

For me, the election campaign was a medium to thank the people of India for having given me the opportunity to serve them: PM Modi.

PM Modi will again do some 'distract India' event, but country won't get distracted: Rahul Gandhi.

We are confident that we will get more than 300 seats: Amit Shah.

Role of EC has been biased in this elections, Modiji can say whatever he wants to say while we're stopped from saying the same thing. Seems that the elections schedule was made for Modiji's campaigning. BJP and Narendra Modi have lots of money while we have truth: Rahul Gandhi.

It will happen after a long time in the country, our Government will come to power with absolute majority for second consecutive time, says the prime minister.

I have said it clearly, public will decide on May 23, and the basis of which we will work: Rahul Gandhi.

Election Commission's role in these polls has been biased and it has issued orders keeping in mind PM Modi's schedule: Rahul Gandhi.

Congress party's role as an opposition party was 'A grade'. We cornered the prime minister, says Congress chief Rahul Gandhi.

Congress party's role as an opposition party was 'A grade'. We cornered the prime minister, says @RahulGandhi #ElectionsWithNewsNation

Why did PM not accept my challenge for debate on Rafale issue, asks Rahul Gandhi.

Narendra Modi govt has launched 133 schemes to uplift all sections of society: Shah.

2014 had created an atmosphere where some people were questioning whether the multi-party democratic system can take the country forward? Today we have proven it: Amit Shah.

We have now come to the end of election campaign. The BJP has run the most extensive campaign in history: Amit Shah.

Today is the end of a long and successful campaign for the BJP: Amit Shah.

LIVE: Shri @AmitShah is addressing a press conference in the presence of PM Shri @narendramodi at BJP HQ. #DeshKaGauravModi https://t.co/PyeR1mudj9

BJP made a huge mistake by implementing demonetisation, says Rahul Gandhi in Solan.

The BJP implemented GST, Demonetisation without any planning: Mayawati.

There has been no development under BJP government, BSP chief Mayawati said in Mirzapur.

PM Narendra Modi in Khargone,Madhya Pradesh: This Sunday when you go to cast your vote then you will be scripting history. After decades you will elect a majority govt for a second time in a row.

Khargone was crucial to the revolt of 1857. Bhima Nayak played an important role, says PM Modi.

I am fortunate to come to Maa Narmada, says PM Modi at Khargone in Madhya Pradesh.

Amit Shah:Statements of Ananthkumar Hegde,Pragya Thakur&Nalin Kateel are their personal opinion,BJP has nothing to do with it.They have withdrawn their statements&apologized. BJP has taken their statements seriously and sent these statements to disciplinary committee

Kamal Haasan on stones thrown at his rally in Trichy: I feel the quality of polity is going down. I don't feel threatened. Every religion has their own terrorist, we cannot claim that we are sanctimonious. History shows that all religions have their extremists.

Kamal Haasan on protest over his Godse remark: I am not afraid of being arrested. Let them arrest me. If they do that it will only create more problems. It is not a warning but only an advice.

Punjab Pradesh Congress Committee: Allocation was done by Congress high command in Delhi&they'd chosen not to accept Navjot Kaur’s application for ticket to contest from Chandigarh,he said,adding Chandigarh wasn't under Punjab&he had no role in selection of candidate from the city.

Punjab Pradesh Congress Committee: Denying any role in the denial of ticket to Navjot Singh Sidhu’s wife from Chandigarh, Punjab Chief Minister on Thursday said she had been offered ticket from Amritsar and Bathinda, but she refused the same.

On the last day of campaigning for the final and final phase of polling, Prime Minister Narendra Modi will address a rally in Khargone, Madhya Pradesh today.